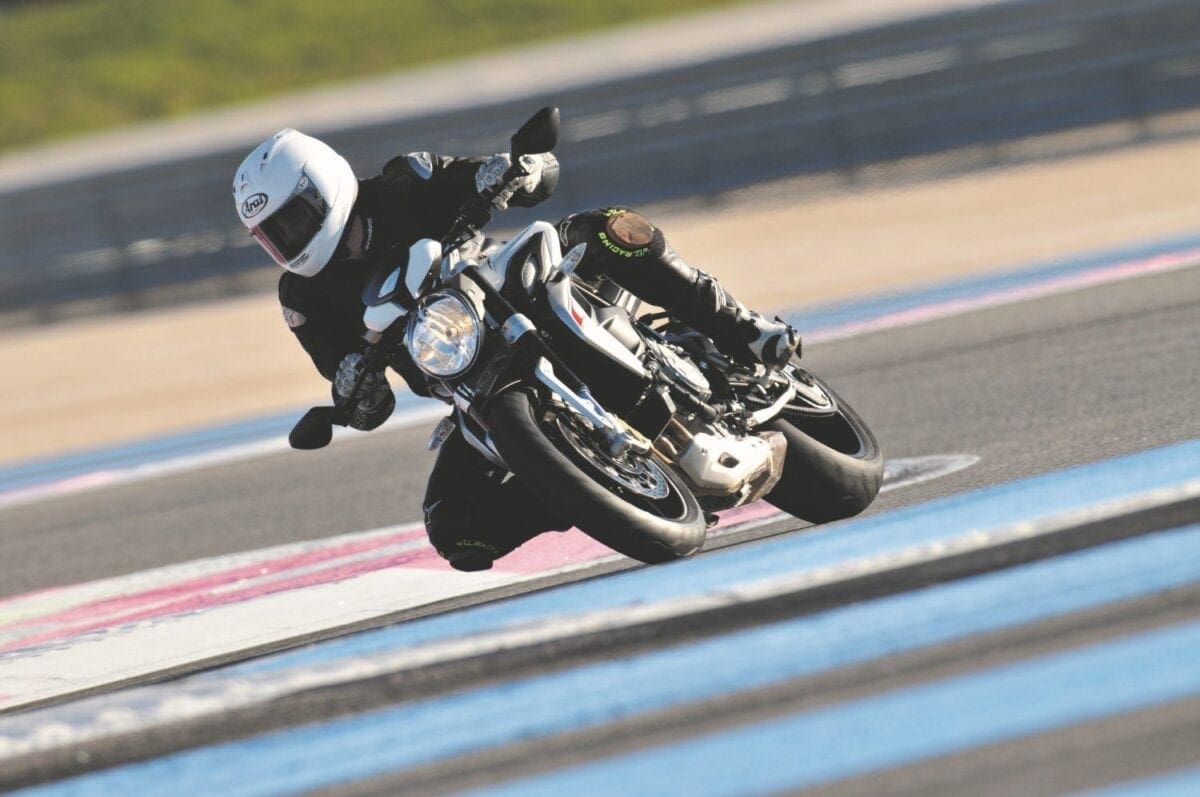 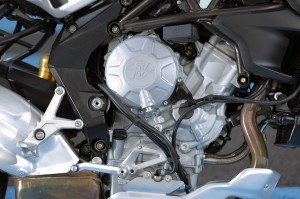 The Brutale 800 Dragster uses a water-cooled, 12 valve, 125bhp, 798cc version of the compact inline three-cylinder motor platform it shares, in various states of tune and capacities, with five other models in MV’s triple range. Spec is identical to the standard Brutale 800: same pistons, rods, crank, cases and engine management system. And the same backwards-spinning crank (MV say its reverse gyroscopic effect augments steering, as opposed to resisting it on other bikes).

Which are all good things: this is a dramatically perky, yet civilised engine in 798cc guise. Originally launched with shorter stroke in the 675cc F3, it’s eerily smooth and imbued with such a broad arc of head-wilting performance from tickover to peak power at 11,600rpm, that it never matters where in the rev range you find yourself. Just open the throttle and the Dragster bares its pearly whites, snarls, and leaps off like a manic otter. In the first three gears it’s perfectly capable of wheelying, but booming midrange makes the Dragster an overtaking wizard too. As a useable road engine, few configurations are as flexible as an inline triple. 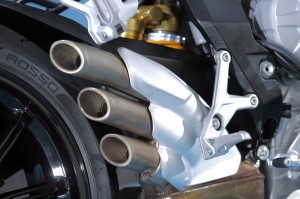 However, in its early incarnation there were few as tetchy as MV’s triple, either. The company freely admits to over-ambition when they debuted the F3 675 in 2010. It came, as the Dragster does now, with class-leading traction control, four engine modes, fly-by-wire throttle, engine-braking management and emissions compliant fuel injection system, but software wasn’t ready to cope with motorcycling’s constant, ultra-sensitive, part-throttle control. Coupled to the demands of emissions legislation, MV – like everyone else – had a steep fuelling expertise learning curve (for proof of the difficulty, you only have to ride a handful of modern bikes made by companies bigger than MV to find out how few have perfect throttle control even now).

So it’s refreshing that the Dragster’s throttle response – the ability of software to match engine behavior to the rider’s bidding – is vastly superior to the early 675 engines. The 800’s spring-loaded fly-by-wire throttle is still very light, lacking the stiction of a wire cable in a braided sheath. But, crucially, it delivers what you expect and when you expect it. And the new software is downloadable, for free, for all existing MV triple owners. 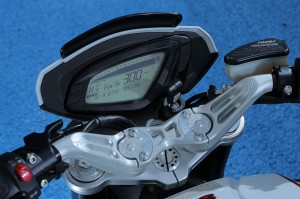 Here’s the clever bit; the Dragster not only uses the same engine as the Brutale 800, it also uses the same chassis. So yes, although it looks like the Dragster’s swingarm is longer than a crane arm, it’s actually an optical illusion created by chopping off the Brutale’s subframe and bolting a numberplate holder onto the swingarm to get round construction and use regs. The Dragster has the same short-wheelbase, quick-steering chassis dimensions as the Brutale – same tube steel frame welded to cast alloy side plates, same single-sided cast alloy swingarm, same suspension (‘Dragster’ is merely MV’s codename for the bike, which they rather liked and stuck with. It ain’t no Ducati Diavel). The only difference is its rear wheel and tyre; the Dragster, to help cement its distinctive looks, uses a 6in rear wheel from the MV F4 and a correspondingly massive 200-section rear Pirelli Diablo Rosso.

This generates the only significant distinction between the handling characteristics of the two bikes; both are ultra-nimble and steer instantly at a rate befitting their geometry. But where the Brutale also turns with consistent steering, the Dragster puts up an initial resistance to input, as the front tyre argues the toss with old fatty at the back. And once you’re over and getting back on the gas, the Dragster starts to drift wide when you put the power on; again, steering from the rear. It’s a fundamental mismatch of sizes purely for fashion – which, truth be told, is the reason you’d buy the Dragster. So maybe it’s not so important after all.

Suspension is mid-table rather than Champion’s League: fully adjustable upside-down 43mm Marzocchi at the front, fully adjustable Sachs at the rear. Brembo monobloc radial calipers complete the braking, and the Dragster comes with ABS. 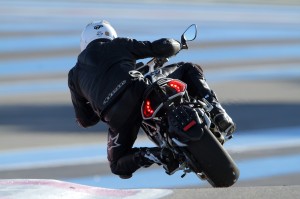 MV are quite specific about who should even think about buying a Dragster. Giovanni Castiglione, son of MV’s guiding light and all-round Italian motorcycling industrialist, the late  Claudio Castiglione, is quite specific: only buy the Dragster as a second bike. It’s built for fun, for sheer adrenaline. Not day-to-day use.

And he’s absolutely right. It’s fantastic fun to flit from corner to corner, relishing the chance to slow down because it means you can sample the triple catapulting back through the power all over again. But it’s bonkers impractical and ultimately a bit draining. This is not a bike you can chill out on and just ride.

And, at £10,990, you’ll need to be very well-heeled to contemplate the Dragster. There are more expensive toys, for sure, and the Dragster has the same air of a ludicrous, rather gauche Swiss watch. 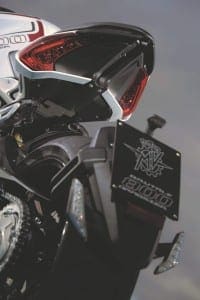 Just completely nuts. The riding position features adjustable bars (with two Allen keys located under the seat; all the toolkit there is), which are cool as you like but not hugely significant. Once you’re on, the bike locks you into place in a sculpted seat. It’s feels largely typical of Italian naked bikes – canted forward, weight over the front wheel, shoulders braced for aggravation. It’s not uncomfortable blatting about, but wind protection, seat padding and high footpegs mean touring isn’t on the morning menu of mayhem. Plenty of digital clock functions to switch between though, and all engine management functions are customisable.

Suspension is racebike stiff, which means it gets more effective at controlling the bike the faster you go, resisting weight transfer and braking forces. But it’s also harsh, sending bumps into the chassis with a jarring crash. You’ll want to use the bike’s quick-witted steering to be dodging potholes, not blundering into them.