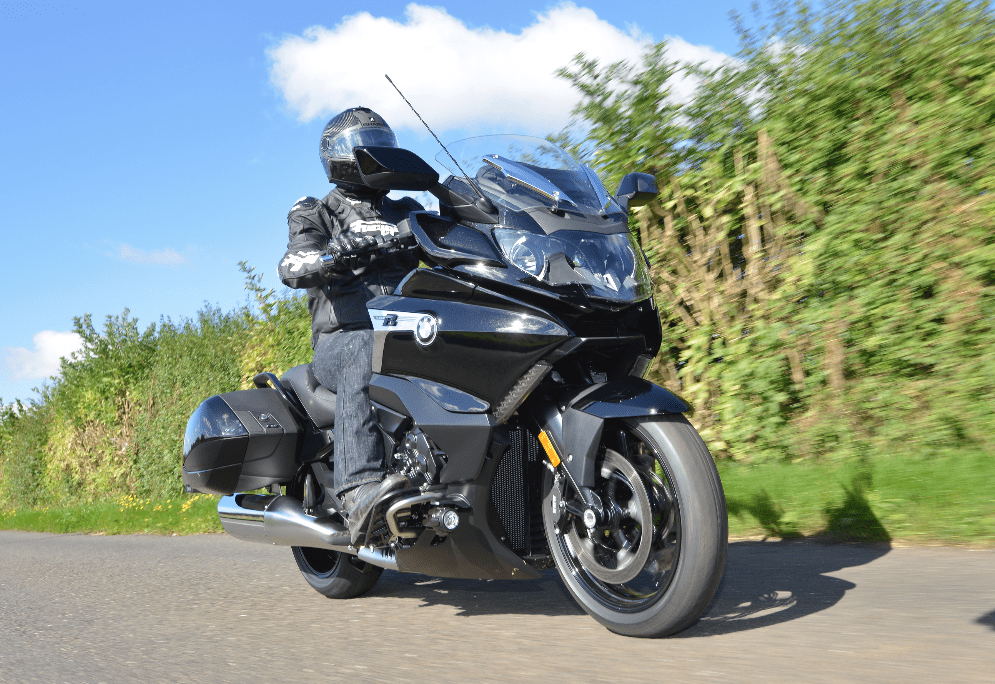 The new BMW K 1600 B bagger is big, brash and full of beans. Based on BMW’s heavy-duty tourer, the K 1600 GT, the Yankee-style bagger was originally revealed as a ‘Concept 101’ two years ago, and then confirmed as a production bike last year. Now it has landed in the UK, and you know what – for a bike that looks like it belongs to a dead-straight desert road, it handles pretty sweetly on the pot-holed and nadgery back lanes of Northampton.

Lots to choose from

From the front the bagger bears a striking resemblance to its sister, the K1600 GT because a lot of the components are shared. But cast your eyes to the rear of the bike, and the German bagger starts to look a lot more American. The seat unit (750/780mm) and the whole rear profile are low, with the teardrop-shaped fixed panniers and massive silencers creating a stretched look.

There are three different bagger variants to choose from: the standard B, which features traction control, semi-active suspension, ABS with dynamic brake light and costs £16,750; the middle option B SE gains an adaptive headlight, daytime running light, centre stand, hill start control and tyre pressure control for a total of £17,760; and the top of the range B LE trumps the others with added audio system and reverse gear, all for £19,405. 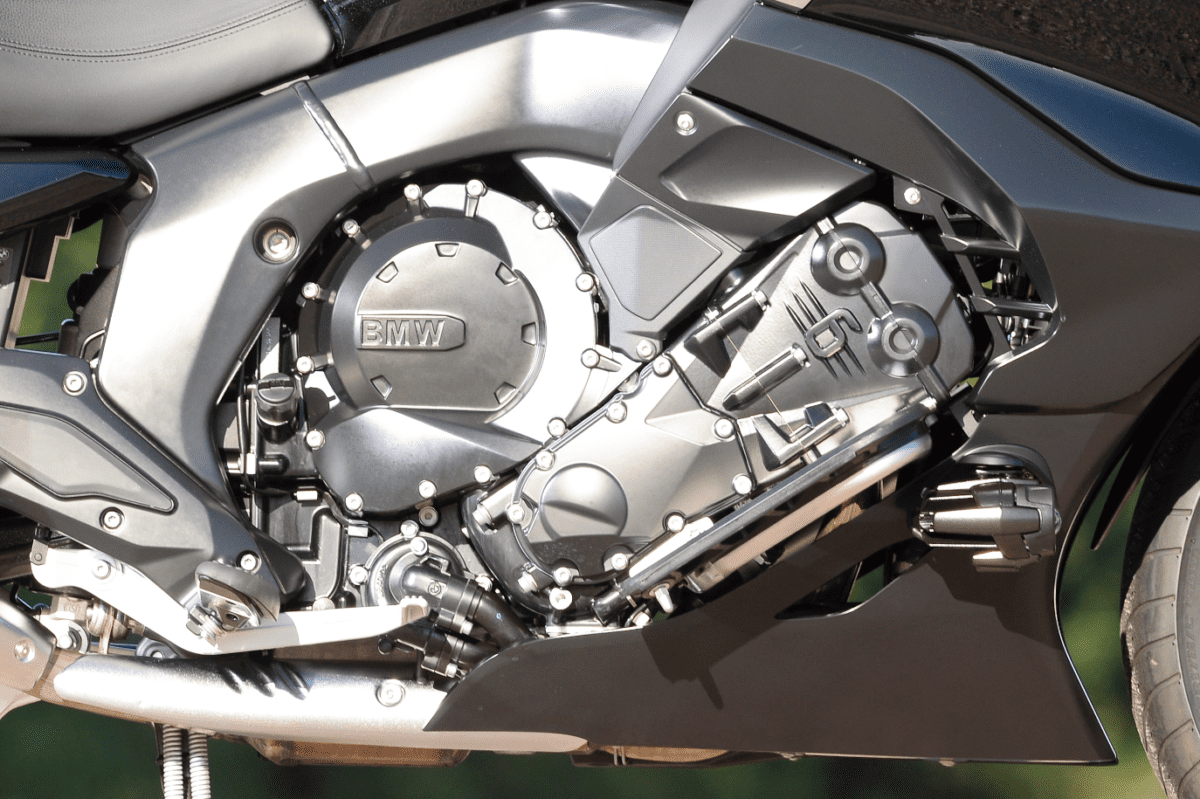 The fully-fuelled bagger weighs in at a whopping 336kg. But when you sit on the bike, take off the side stand and tilt it from side to side, it feels surprisingly light.

If you’re not used to the BMW dash and menus, it takes a little while to familiarize yourself with all the options from suspension profile (choose from plush Cruise setup or slightly harder Road option) to the radio station in the inbuilt audio system. Once you’re used to the system it works well, with the scroll wheel and menu button on the left bar. The only slight annoyance for me was that because the scroll wheel is placed between the grip and the switchgear it makes using the indicators a bit more of a stretch. 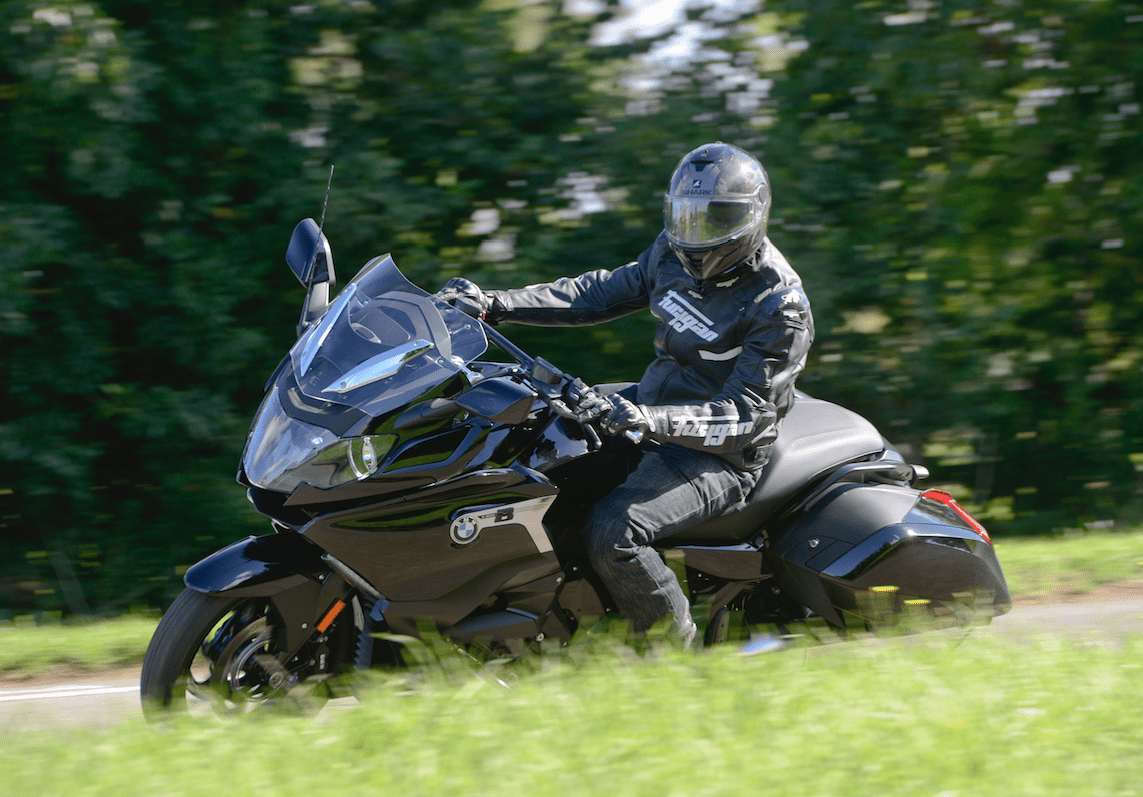 From the engine to the semi-active suspension, and the ride modes to the ABS brakes, everything on the bagger runs with an almost eerie efficiency and a complete lack of fuss. Cruising along, it feels more like steering a ship than riding a bike, as the big BMW seems to glide over the tarmac. I started with the semi-automatic ESA suspension in the Cruise mode, which is the softer of the two options, and the ride mode set to Road (the middle option between Rain and Dynamic), and felt instantly happy with the bike’s setup. The firmer Road setting is better for faster and sportier rides, but this is a cruiser after all, so I was happy taking it steady and enjoying the ride with Classic FM cranked up to eleven on the bike’s stereo. 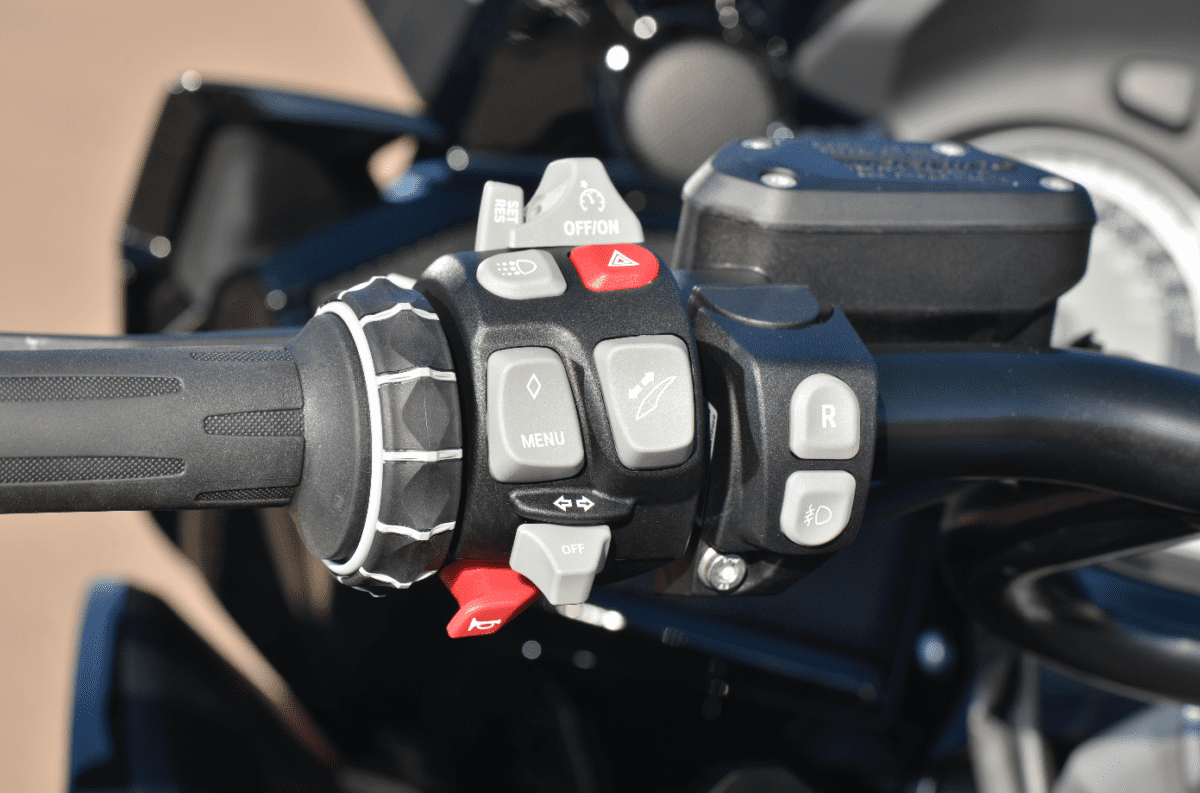 The ride modes control the immediacy of the twistgrip as well as the level of interference from traction control and ABS, but to be honest I didn’t find a huge difference in the modes, so I spent most of the day in Road mode.

The K 1600 B doesn’t drop into corners like a smaller more agile bike, but it allows fairly sharp cornering and keeps its line faithfully through the corner. The foot pegs and the feet-forward rest boards soon touch down if you ride into bends too hot, but it would take a lot of effort to really scrape them to the degree that it becomes scary.

The riding position is upright with your feet either on the pegs or on the rest boards (I couldn’t decide which I preferred – both were comfortable). 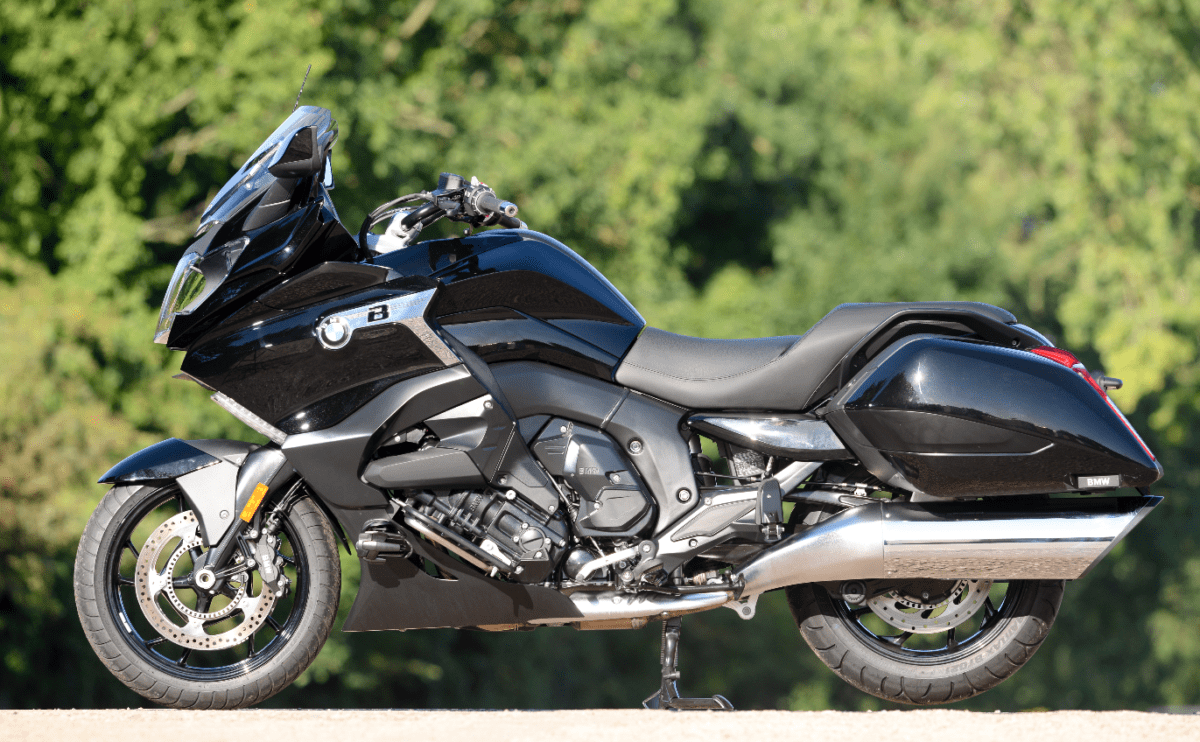 When push comes to shove

The six-cylinder engine that powers the bagger is one sweet piece of engineering. The figures are impressive in their own right (160bhp and 129lb-ft), but it’s the smoothness of the power delivery that really makes this such a pleasant bike to ride: as you’d expect from a 1649cc engine, there’s plenty of pull across the rev range, and even with a ridiculously high gear selected at a slow speed, the bagger still pulls without hesitation. You couldn’t call the engine very characterful, but with a chassis like this, the predictable and smooth power is absolute bliss and adds to the luxurious feel of the bike.

Braking is not super-sharp, but the heavy bike stops quickly with a good squeeze of the front brake lever. The levers, by the way, are excellent, with a very slick span-adjustment system that makes finding the right reach easy.

Overall the bagger is a thoroughly pleasant bike to ride, and it handles with surprising elegance. It’s unlikely to be a huge seller in the UK simply because of its styling, and the fact that most potential punters will pick the GT or GTL models in favour of the bagger. But if you fancy something a bit different, with impressive comfort and performance levels, this is definitely a bike to try. 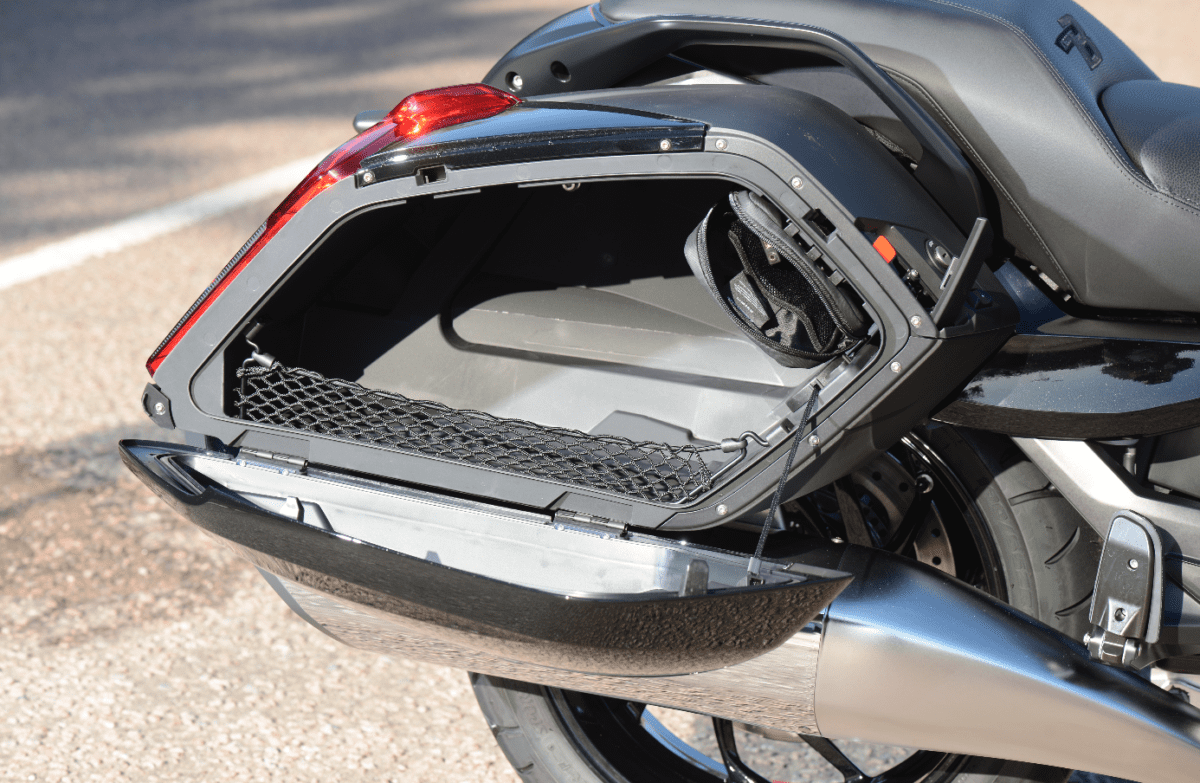 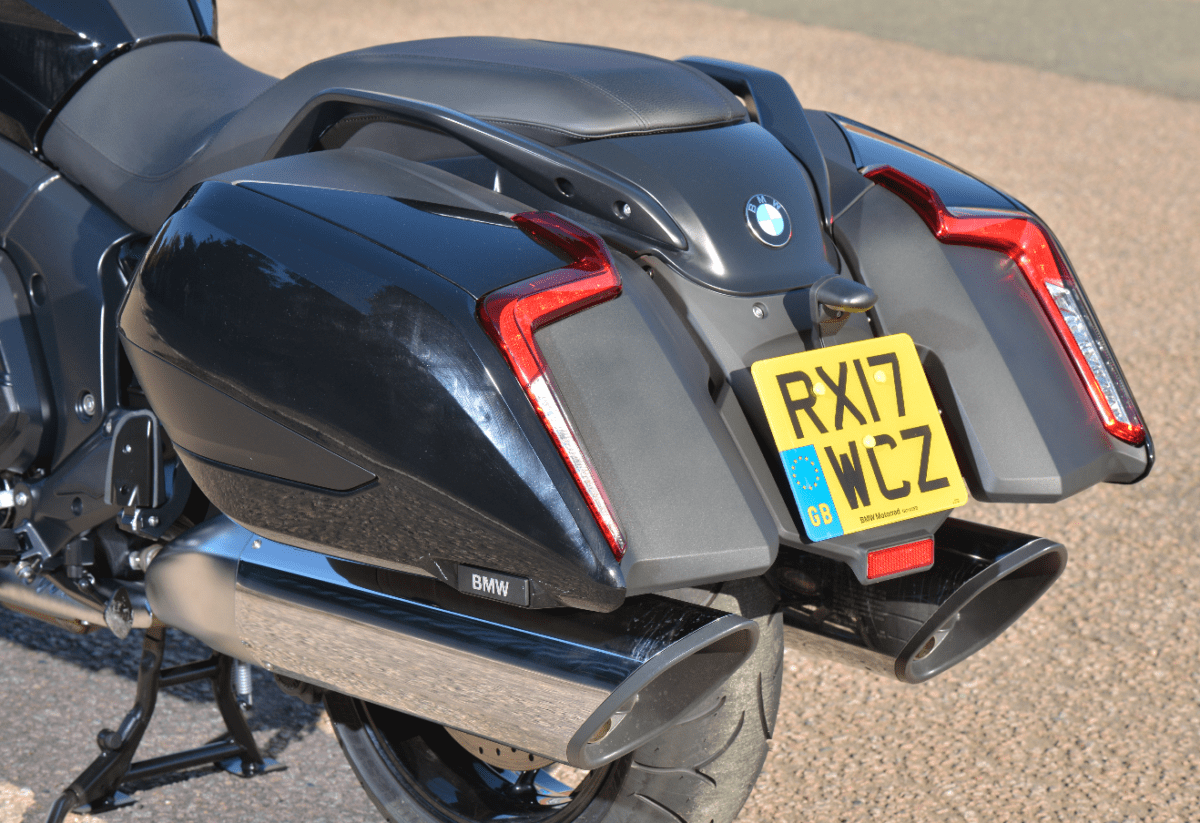 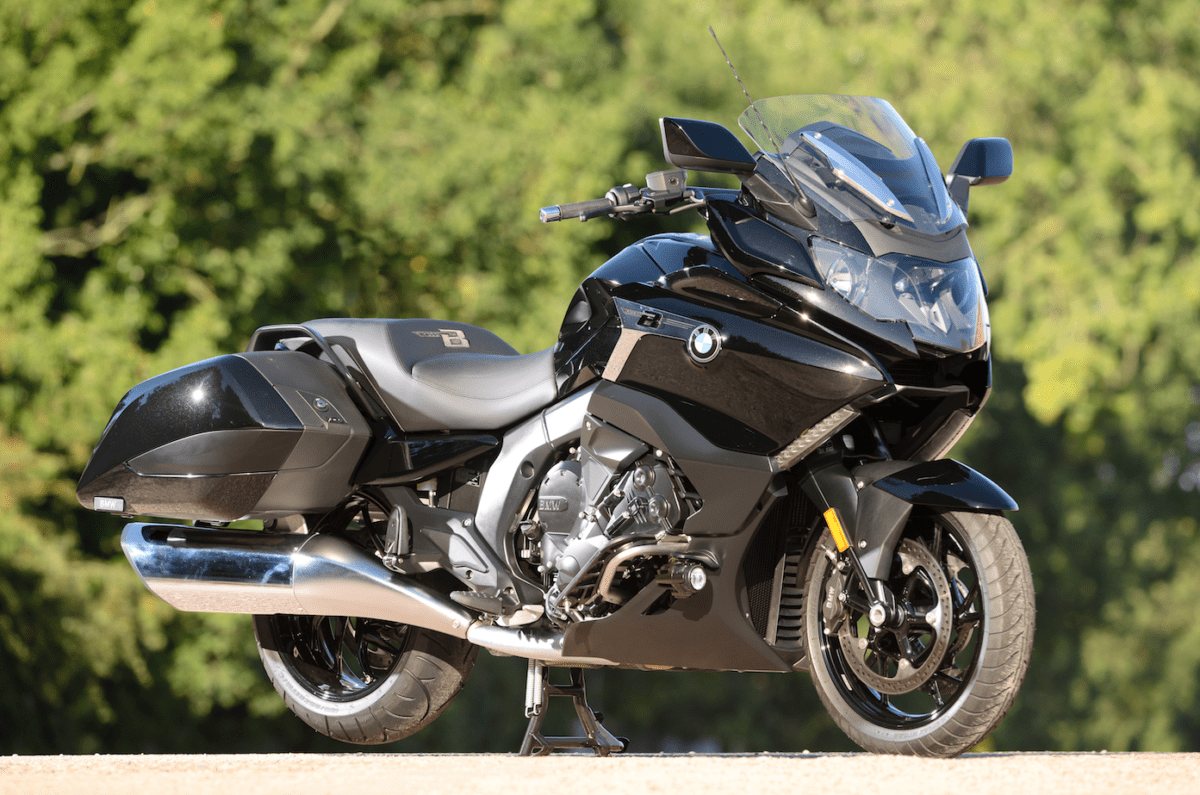 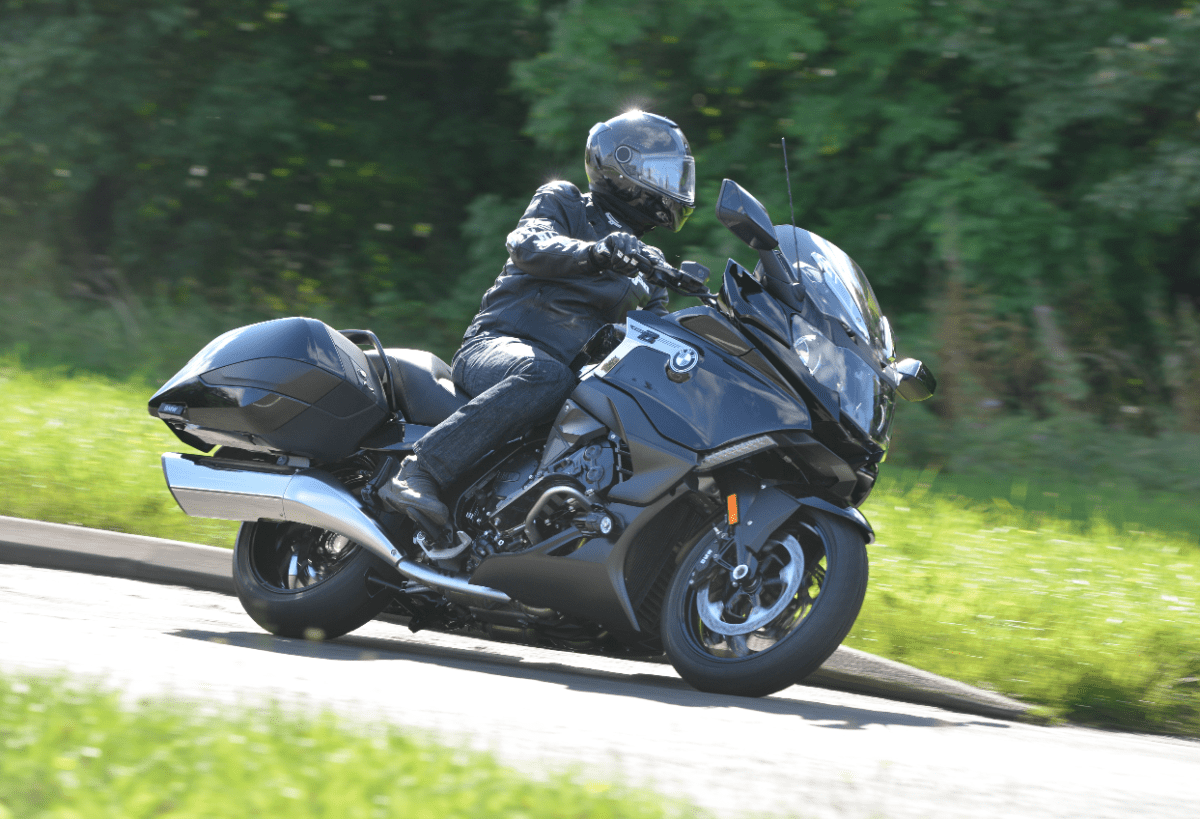