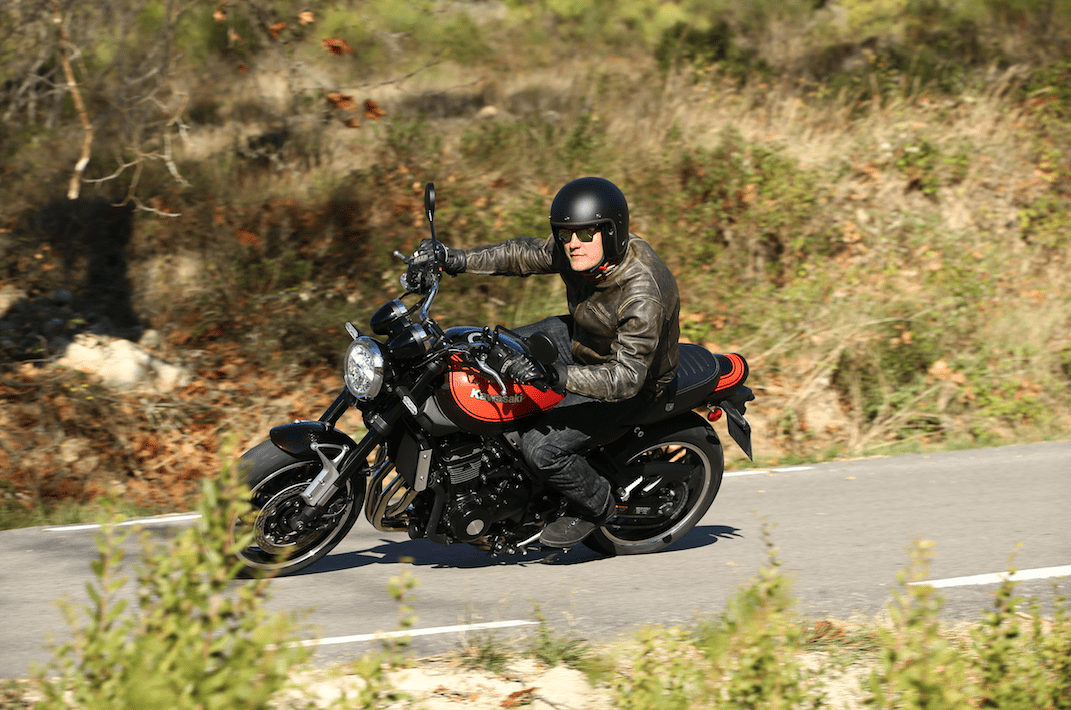 The Kawasaki Z900RS may be the latest Zed in Kawasaki’s line up, technically derived largely from the Z900 street fighter, but the first thing you notice about the bike is the striking resemblance to the iconic Kawasaki Z1. And the impressive thing is that the likeness is not just a result of a paint and badge job. Kawasaki designers have gone all out to find detail from the Z1 that would work in a modern bike, and taking a close look at the Z900RS is like a visual treasure hunt to spot the Z1 elements. Everything from the shape of the headlight to the typography on the clocks and the duck-bill tail to the machined fins on the cylinder head has been inspired by the original Zed – and it looks good! 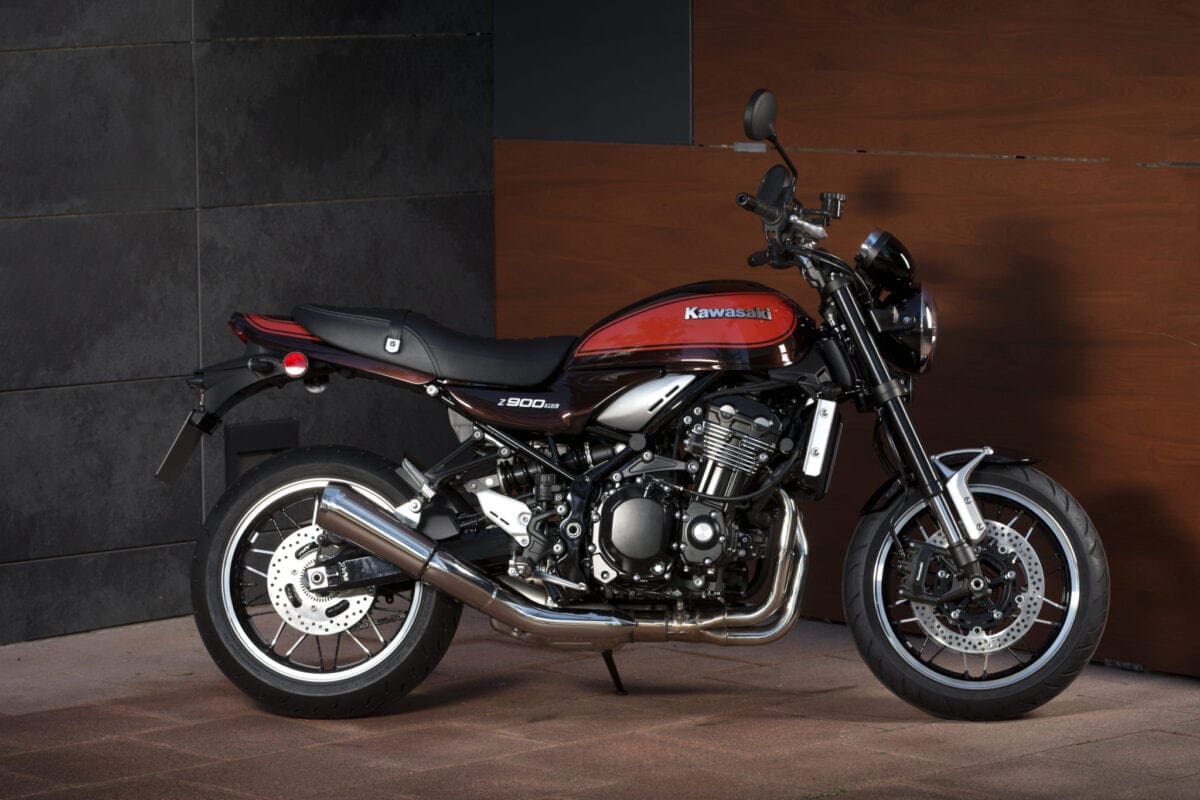 Looking past all the retro design, the Z900RS has been developed from the current Z900 naked, although there have been plenty of adjustments made on the way.

The powerplant for instance is thoroughly modern. The liquid-cooled, DOHC, 16-valve, 948cc inline four-cylinder engine unit is derived from the Z900, but re-tuned for the Z900RS to achieve better performance in low-mid range. Peak power is 110bhp at 8500rpm and maximum torque of 72.6lb-ft is achieved at 6500 revs. Compared to the Z900 power is slightly down, but Kawasaki says that below 7000rpm, the new engine pulls more strongly than the Z900, and I can believe that. The engine seems to have enough grunt to quickly build speed from anywhere just above tickover to where the limiter kicks in at 10,500rpm. The four-cylinder setup offers smooth and linear power with a sporty sense of urgency. It feels capable and easily manageable at the same time. 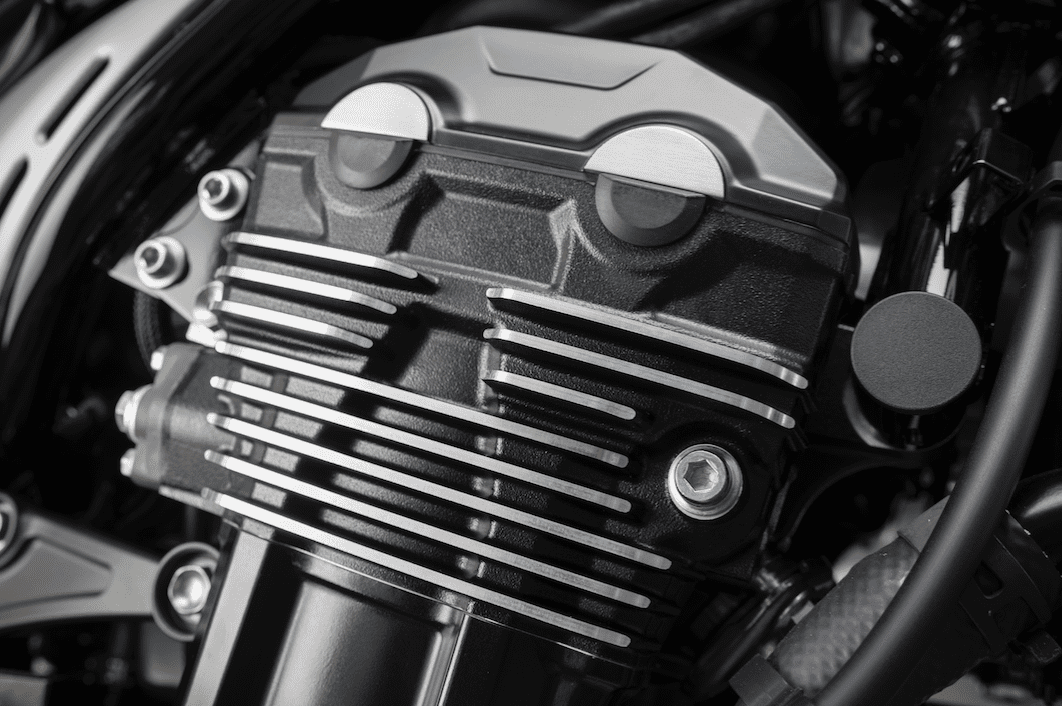 There is a slight surge in power delivery as you first open the throttle. It’s not significant enough to call it a snatch, and you quickly learn to control it with a softer wrist, but it does encourage short-shifting and riding in a higher gear than you normally would to limit the effect. Given the wide powerband and easy nature of the engine this isn’t really much of an issue.

In terms of on-board tech, the Z900RS features ABS, traction control, Eco riding indicator in the dash and assist and slipper clutch. The ABS setup is unadjustable, but traction control can be selected from two levels or switched off. On the dry Spanish roads the ABS didn’t kick in at any point, and traction control only reacted to extreme acceleration in the first gear when set on level one. On wet and mucky roads both systems will undoubtedly see more action. 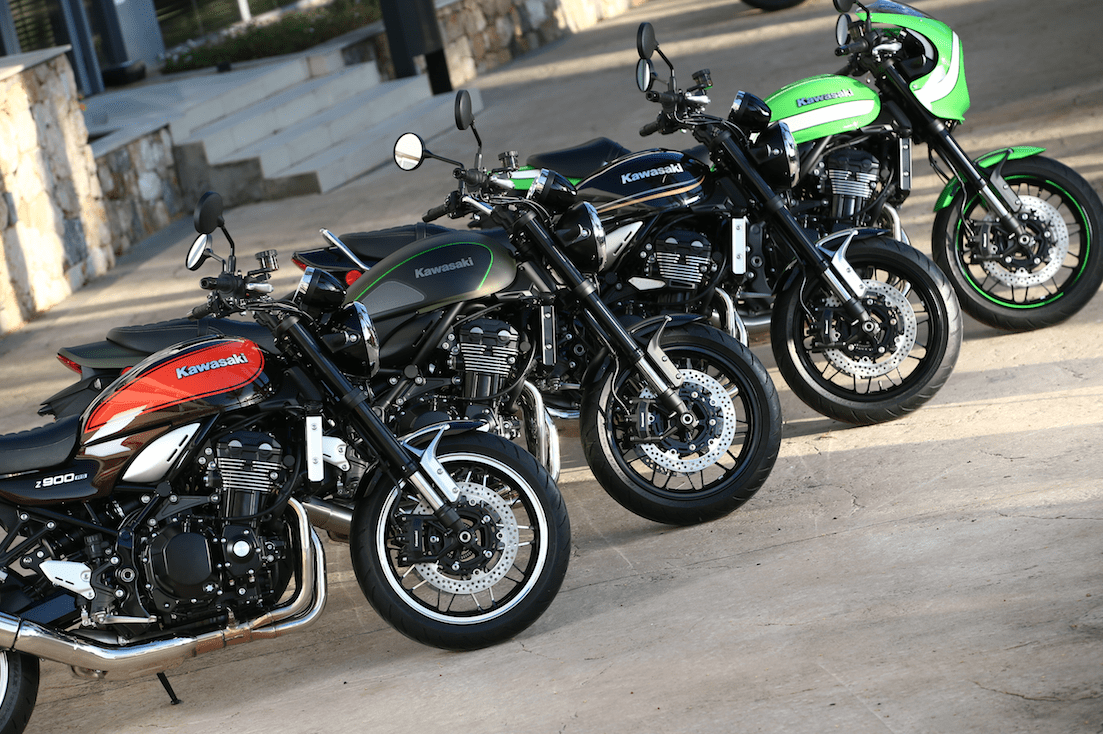 How does it ride?

In town, the bike impressed from the start, feeling light and lively. Because of the simple nature of it, you can just jump on it and ride – no need to set anything up or familiarise yourself with complicated menu systems as there aren’t any. The only option you are given is the level of traction control.

The light clutch makes it easy to ride slowly, and stop-start traffic is not a chore.

Riding position is neutral, just as you’d expect from a retro bike like this. The seat is reasonably high at 835mm, which gives you plenty of legroom but still makes it easy for most riders to get their feet firmly on ground. The seat is on the hard side, but not uncomfortable, and I can’t report any aches or pains at the end of a full day’s riding. 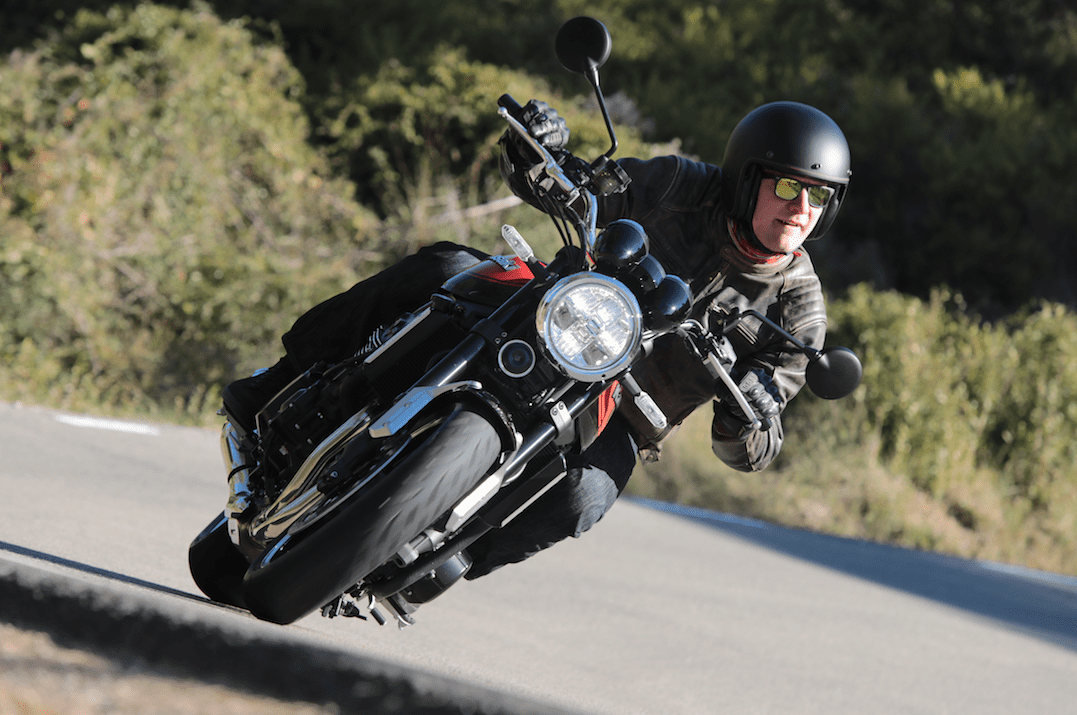 While the wide powerband and effortless nature of the bike made it pleasant in town, it was the faster country roads where it really impressed. Responding quickly to a twist of the wrist and pouncing out of corners, the Z900RS also offers decent level of engine braking with both acceleration and deceleration accompanied by a throaty soundtrack from the 4-into-1 exhaust.

Suspension is firm without feeling harsh. The 41mm USD forks are fully adjustable and offer a good level of feel while keeping the front nicely under control. Even under heavy braking they remain unflustered. The same goes for the single horizontal back-link, gas-charged shock with rebound damping and spring preload adjustability. It offers much better service than more traditional twin shocks could have provided, making cornering stable and hassle-free. It has to be said that the roads we were on are some of the smoothest I have ever ridden, so a reality check back on the pothole infested UK roads might show the bike’s limitations, but it certainly managed to retain its composure admirably at all speeds. 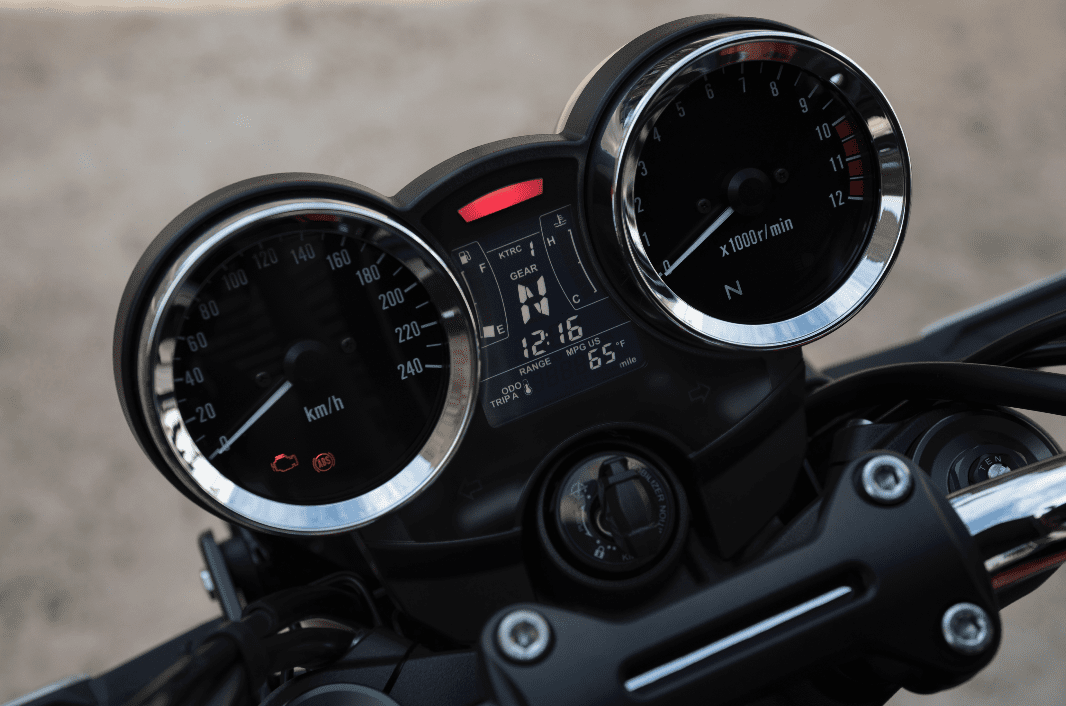 The Z900RS is a simple bike to ride and the combination of good power delivery and chassis performance, easy handling and a healthy dose of fun factor makes it a joy to ride. The Z900RS does everything you ask from it (at least in normal road riding terms) but doesn’t feel like it’s rushing you – it’s as much fun for a gentle bimble in town as it is being ridden hard from corner to corner. 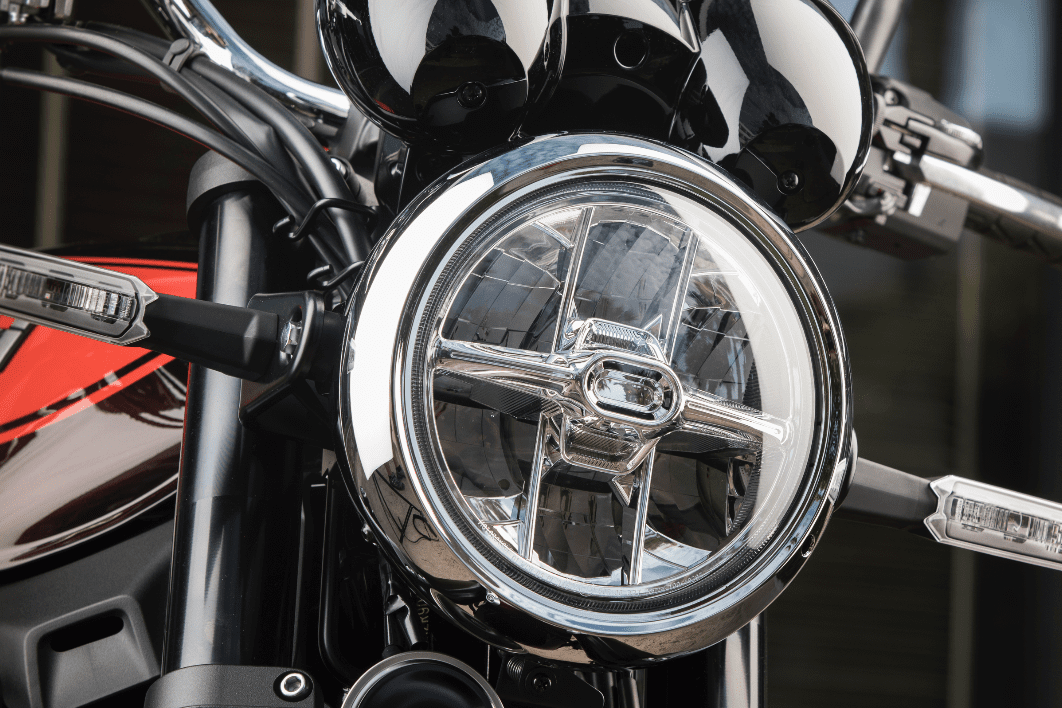 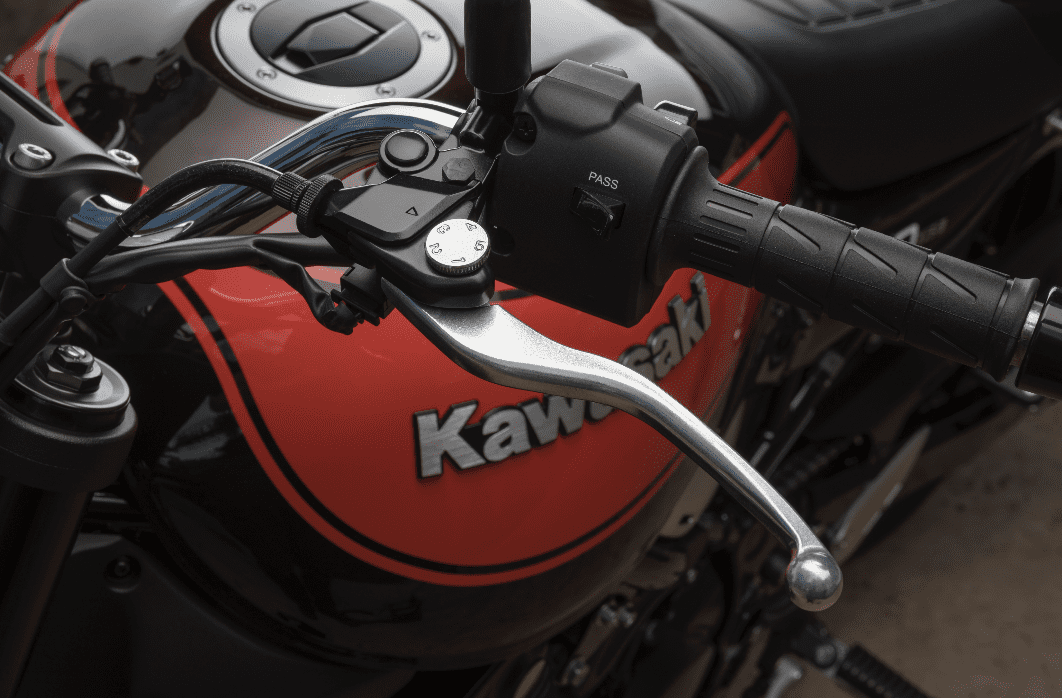