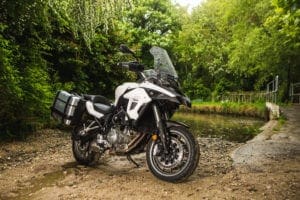 Adventure tourers are everywhere; they’ve topped the sales charts in the UK for years – and why wouldn’t they? They’re capable of carrying you on every kind of journey, no matter the obstacle or terrain ahead.

If you’ve got a full licence, there’s a raft of large engine ADV machines out there too choose from – but below 650cc, the options have historically been a little thin on the ground. Up until now, the only true middleweight tourer was Honda’s CB500X – but over the last 12 months an onslaught of new small-to-medium engine capacity tourers have emerged. One of this new breed of affordable, learner friendly adventure tourers is the Benelli TRK 502. 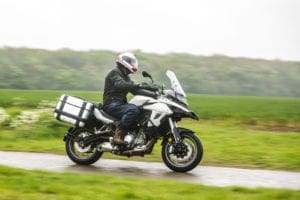 On first impressions, it becomes quite clear that the TRK 502 has been created for one job – and that’s touring. It looks to combine the go-anywhere capabilities of an adventure motorcycle along with the usability of a middleweight – and although the TRK 502 might look like an aggressive adventure tourer, its modest 500cc powertrain should make it learner-friendly and easy-to-live-with.

The TRK 502 comes packed with features you would expect to see on a larger adventure touring motorcycle. There are hand guards, a rear tyre hugger, tall suspension travel, minimalistic bodywork, blacked-out spoke wheels, knobbly dual sport tyres and a raised exhaust pipe too. The ‘beaky’ front fairing integrates a twin headlamp setup and has been aerodynamically shaped to improve wind flow around the bike.

The TRK502 is the first in Benelli’s new range of middleweight machines using the same 499cc, liquid-cooled, eight-valve parallel-twin engine – and it’s a fantastic engine that offers smooth power straight from the off. Thumb the starter, and it booms immediately into life, settling to a (slightly high) 1,400rpm idle while delivering a muted but purposeful throb.

It’ll pull from 2,000 rpm to the 10,400 rpm redline, in twist-and-go style that requires minimal use of the six-speed gearbox – making it perfect for learners and beginners. Admittedly acceleration can be a little leisurely, but it does weigh in at a relatively hefty 213kg dry (so I think it can be forgiven). It’s also got a 20-litre fuel tank that Benelli reckon will deliver an impressive 300 mile range. The speeds it’s capable of are more than adequate for most commuting situations – and out on the motorway, it’ll sit comfortably at 65-75mph. If you really push it, you’ll be able to get up to 100mph – though not especially quickly, so you’ll need to plan overtakes well in advance

Gear changes are good – really smooth and efficient. The suspension is good too, a little soft, but it offers a comfortable ride. The front features inverted forks with 150mm of travel, and the rear has a single telescopic oil damped coil spring with 45mm of travel. They can feel a little spongy under heavy braking, but that’s the sacrifice for comfort on pothole laden roads.

For stopping, you’ve got ABS assisted twin 320mm discs up front with twin piston calipers, and at the rear a single 260mm disc. They’re quite progressive, and need a fair amount of pressure if you want to stop in a hurry. The wheels are both 17inch, and the tyres are 120/70ZR17 and 160/60/ZR17 at the front and rear respectively. They’re good too, though tarmac oriented in design. There’s talk of Benelli introducing a more off-road oriented TRK 502 with a larger 19inch front wheel, if that’s what you’re looking for. The current model does allow you to switch off the ABS if you fancy getting stuck into some off-road though. 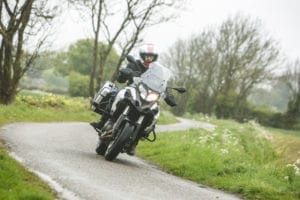 It’s got a decent size, non-adjustable screen which did a good job of keeping the worst of the wind off me at speed – and a big fairing, and heavy duty crash protection to tuck behind too. There’s an easy to read dash, with an analogue tacho and digital speedo, with water temperature, clock, mileage, fuel gauge, a couple of trips and a gear indicator. All the lights are LED, and cast ample light at night.

The seat is sunk into the bike, giving an almost cruiser style feel on first impressions – the pegs are a little further forward than average, and the bars can be a little bit of a reach. It does offer a great deal of comfort though, and allows you to soak up the miles in a relatively relaxed riding position, even if it isn’t typical of an adventure bike.

There’s a USB socket mounted on the left side of the fairing near the handlebar, which is great for charging a sat-nav, but sadly there’s no pocket to tuck stuff away in. The test bike also came with a couple of Givi metal cases mounted, which sadly aren’t as standard on the bike. They cost a shade over £400 from Benelli’s range of aftermarket accessories.

In short, the TRK 502 is an affordable, accessible adventure tourer, with a big bike look and feel. It’s not made for speed, but if you’re looking for looking for an old-school, unsophisticated learner-friendly machine on a budget – that’s capable of tackling some serious miles with comfort, then look no further. 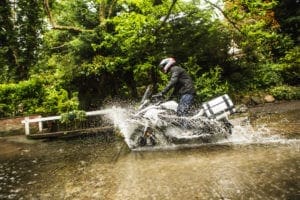 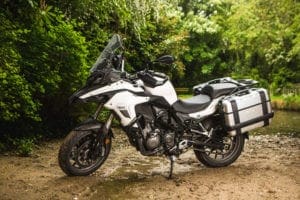 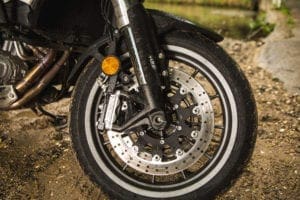 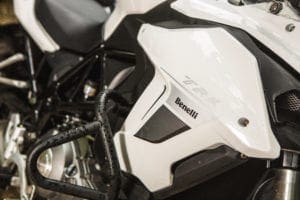 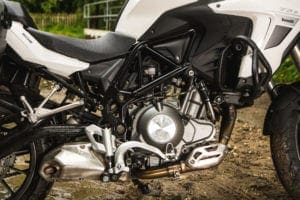 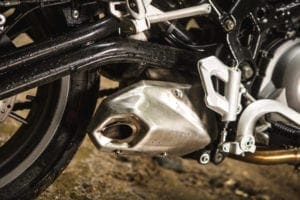 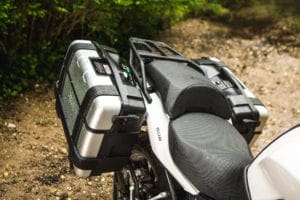 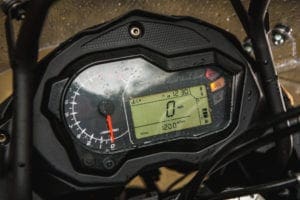 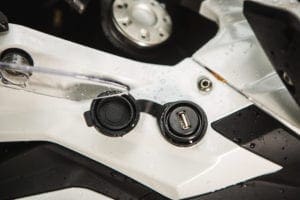