A raft of electric motorcycles, scooters and pedelecs are all vying for position in the UK, following the government’s recent decision to end the widespread use of fossil fuel powered vehicles by 2040.

Ultimately, electric bikes are here and here to stay. It’s a growing market, and there’s an abundance of choice depending on your budget. On one side, you’ve got brands like Energica, who are building high-end, sports specifications motorcycles that’ll set you back close to £30,000. And on the other, you’ve got a selection of commuter oriented, small capacity machines – and this is where the SuperSoco comes in, with the crowd-funded electric motorcycle finally making it to British shores, after a successful introduction in its native China. 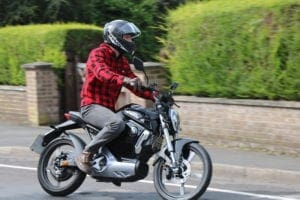 Based on appearance alone, my first impressions of the plucky little commuter were overwhelmingly positive. It’s a good looking machine, with a futuristic Yamaha YBR-125 feel – in a compact, fully-faired package.

Yes, the TS1200R is a small bike – but that only helps to aid its potential manoeuvrability in a busy city environment. It’s lightweight and compact, without really compromising on comfort. Swinging my leg over, my 6ft 1” frame settled into the saddle without any trouble – and although not the roomiest ride, I’m confident most people could undertake a 40 mile commute without too much discomfort. The Super Soco features include a clever keyless start-up system, an anti-theft alarm, movement sensors, and three-position adjustable footpegs too.

Using the keyless ignition rewards you with a futuristic start up sound (similar to that of an Apple computer) as the bike’s LCD screen bursts into life, offering details about battery life, engine temperature, and your speed. The bike is also equipped with three separate ‘modes’ which offer varying levels of speed and battery consumption. In slow moving traffic, clever use of the slower mode will help to preserve the life of the bike’s battery. 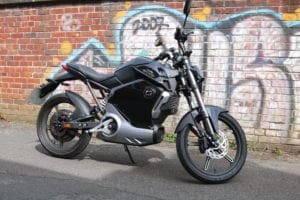 Ok, so the Super Soco isn’t a speed demon. The TS1200R uses a 26Ah, 60V lithium battery powering a Bosch motor which kicks out around 2.61bhp and offers 120Nm of torque – which equates to 50cc moped levels of performance, meaning it can be ridden from the age of 16 on a CBT. Admittedly, it’ll get up to 28mph, so providing you stay within the city limits, the TS1200R should be more than up to the job. Out on the open road, I did find a queue of traffic forming behind me quite quickly – pushing me to go quicker than the bike could manage. Whether this presents a problem depends entirely on what sort of routes you tackle on your daily commute.

The bikes are claimed to be able to manage around 40 miles on a single charge, but you can swap out the battery for a spare to instantly revive the bike (providing you opt for the extra battery pack, of course). Admittedly, the battery does weigh in at 12kg, so you wouldn’t want to carry it around all day. Importantly, the batteries can be recharged using a domestic 13amp socket or at on-street charging points.

In short, the SuperSoco is great fun to ride. Its acceleration is impressive considering the size of its motor; it offers plenty of range for an inner-city commute, and the removable battery makes it easy to charge (providing you’ve not got to carry it too far).  Ok, so it’s not the best equipped bike on the market, with the build quality leaning towards the budget end of the spectrum. Yes, it comes with notably stiff suspension which didn’t handle the bumps of country roads especially well – and in an emergency braking situation, the rear wheel has an inclination to lock and skid. But it costs less than £2500, which is infinitely cheaper than the cost of an annual rail pass in a larger city – and I know which I’d choose. 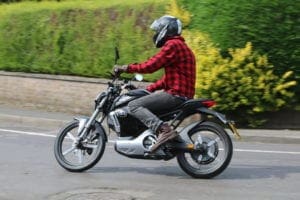 The SuperSoco costs £2349 on the road, and for the money this plucky little commuter is great value for money. Of course, its low price is reflected in its performance – it’s not especially quick and the suspension isn’t especially plush. But, that doesn’t matter. If you’re looking for a cheap, economical and environmentally friendly bike to squeeze through city traffic, you could do a lot worse than checking out the SuperSoco. 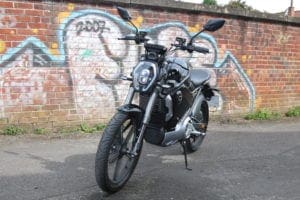 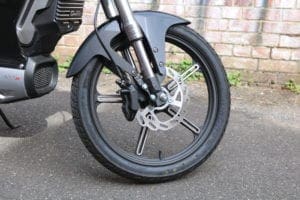 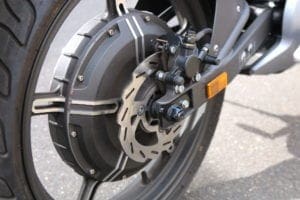 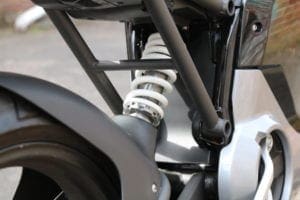 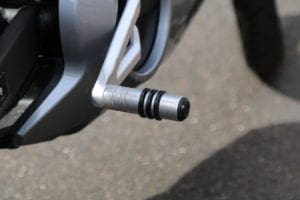 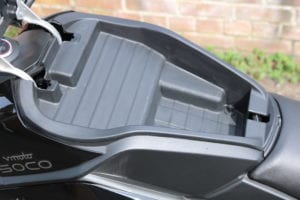 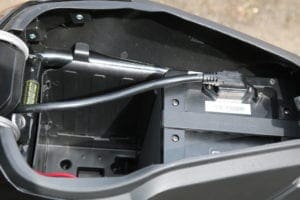 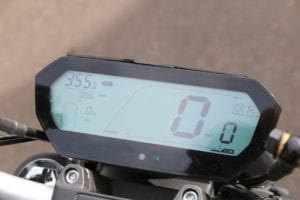