Since its introduction way back in 1990, Harley-Davidson’s Fat Boy has cemented itself as one of the iconic American brands most popular models.  And for 2018, it’s had a range of updates – so, we thought it was probably time to put the iconic Fat Boy through its paces, and see if it lives up to the hype. 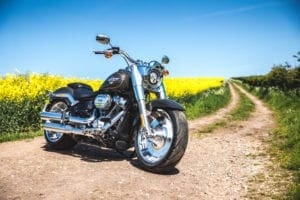 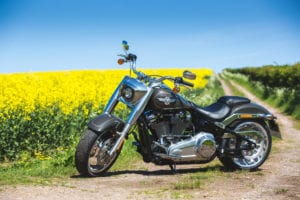 First, let’s take a look at its appearance. As the monster machine rolled off the MSL van, I was blown away by its styling. With solid cast wheels and massive 160mm and 240mm tyres at the front and rear respectively – the Fat Boy’s a mean and muscular-looking thing. It blends historic Harley styling, with the latest modern technology – drawing inspiration from its roots, while looking ahead to the future. It still looks like a Harley, of course it does – but the massive front LED headlight brings the iconic machine’s styling straight into the 21st century. And, it’s a beautifully made motorcycle too. When you get close up to the Fat Boy, the level of finish and attention to detail is second to none. From the quality of the Satin paintwork, through to the finish on the welding – the Fat Boy 114 looks and feels like a premium motorcycle. It even comes with self-cancelling indicators. 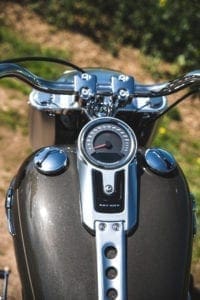 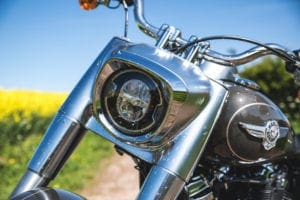 Despite its size, settling into its seat for the first time, it feels well-proportioned and surprisingly easy to manoeuvre – mostly thanks to its low seat height. I could get both feet flat on the floor, with room to spare. Everything falls to hand easily on the H-D too – the controls are where you’d expect them to be, the seat’s comfortable, and the riding position neutral. Spot on.

I suppose I need to qualify this ride report by saying I’m not usually into Cruiser’s – in fact, I’ve never actually ridden a Harley before. From the outset, I didn’t really know what to expect – other than masses of torque on tap, thanks to its 114 Milwaukee Eight engine – but after setting into the seat for the first time, I instantly felt at home. 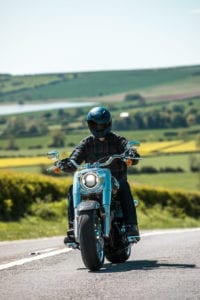 Now let’s talk about the Fat Boy 114’s defining feature – its monstrous Milwuakee Eight V-Twin. Harley Davidson describe it as a ‘powerful, smooth-running engine, with crisp throttle response and a pure, soul-satisfying rumble’ – and after spending a couple of weeks with the Fat Boy – I can’t argue with that statement. When you wind it on – it pulls like a freight train. And each time I opened it out with a bit of room in front of me, I found myself beaming from ear to ear – and best of all, it sounds magnificent, thanks to its staggered 2-in-to-2 exhaust system.

To stop the hulking Harley, it comes equipped with 4-piston fixed calipers with double discs at the front and 2-piston floating calipers with a single disc at the rear. They’re well up the job, and offer excellent feel – allowing smooth, progressive braking. And should the worst happen and you need to stop in an emergency, they’ll pull you to a stop quickly and efficiently. Interestingly, I didn’t get the built-in ABS to trigger under braking – but I did find it flashing at me aggressively if I accelerated hard. It kept me in check though – which is the main thing. 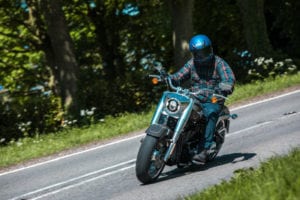 Suspension comes in the form of sophisticated Showa Dual Bending Valve (SDBV) forks at the front. They’ve been chosen to reduce weight, and because they provide linear damping characteristics which help to provide a more comfortable, better controlled ride, and improved handling too. In practice, I found them spot on – soaking up the worst of the pothole laden, scored roads where I live, but most importantly, they hold their own and offer surprisingly levels of performance when if and when you push the Fat Boy hard. At the rear, the Fat Boy is equipped with a single under-seat coil-over shock unit. It’s an all new design for the Fat Boy – but in reality, it’s a fairly conventional setup. H-D say it offers increased wheel travel, more controlled damping and a larger range of spring preload adjustment, while still maintaining the hardtail look brought about by the “shockless” rear frame triangle. And it works well – helping to offer excellent comfort, without compromising performance. 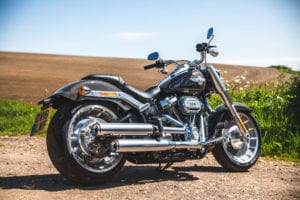 In conclusion, after a couple of weeks together – I’ve got nothing but nice things to say about the Harley Davidson Fat Boy 114. I genuinely didn’t expect to enjoy riding it as much as I did. Of course, it’s never going to offer sportbike levels of performance, but it’s quick, capable, very, very stylish – and it sounds fantastic. I could see myself happily doing some big miles on the Fat Boy – it’s super comfortable, and a real pleasure to ride. If you’ve never ridden a Harley Fat Boy, I’d encourage you to get along to your closest dealer and give one a go. And if you have – you already know what I’m on about. 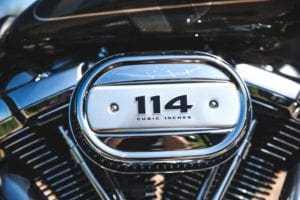 Harley-Davidson’s iconic Milwaukee-Eight 114 engine has been updated for 2018 – and offers an alternative to the 107ci model.

Ventilator Intake with 114 graphics and badging 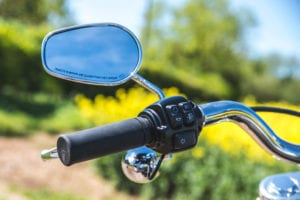 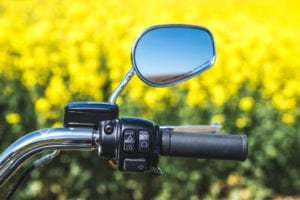 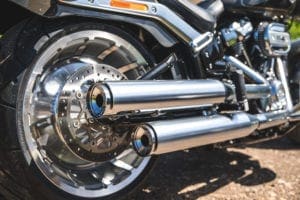 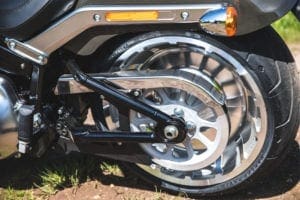 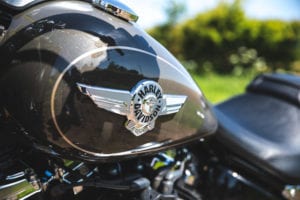 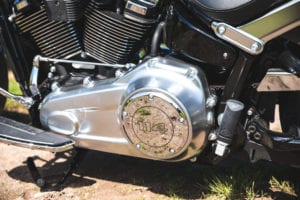 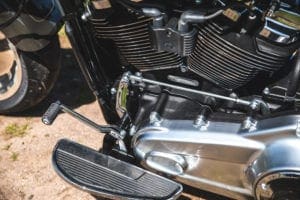 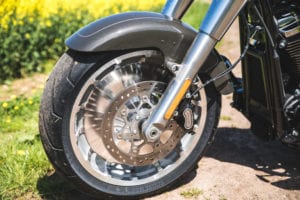 Power (claimed): Not quoted by H-D