Continuing to consistently post impressive stage results at this year’s Dakar Rally, Adrien Van Beveren now lies just four seconds from the provisional lead after the completion of the third timed special. With a relatively easy 255-kilometre stage offering little to separate the riders, the Yamaha WR450F Rally rider secured the ninth fastest time to retain his second-place ranking in the overall classification. Completing a largely positive day of racing for the Monster Energy Yamaha Rally Team, Andrew Short claimed sixth with Ross Branch just outside the top 10 in 11th. 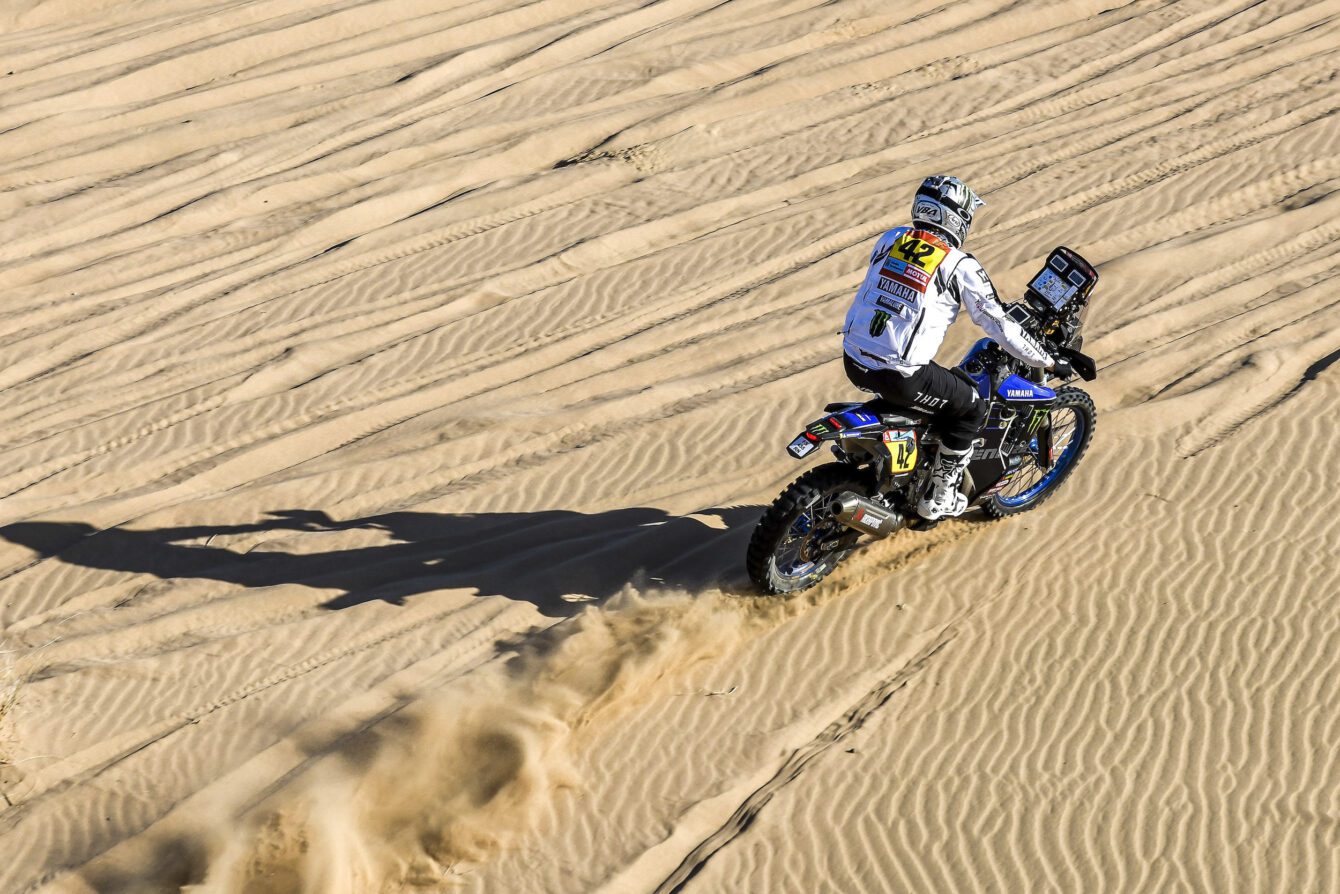 Adrien Van Beveren’s highly positive start to the 2022 Dakar Rally continued through stage three with the Frenchman placing ninth on the high speed timed special. With his strong finish comfortably defending his second-place ranking in the provisional classification, the 30-year-old will now enter stage four with an advantageous starting position and aim to deliver yet another impressive result.

Clawing back more time on stage three, Andrew Short was able to make up nearly four minutes on the provisional leader after another strong ride to complete the special as the sixth fastest rider. Thoroughly enjoying the rain-soaked sand dunes which have formed a large part of all the timed specials so far in this year’s Dakar, the American looks now forward to stage four as he begins to work his way up the leaderboard. 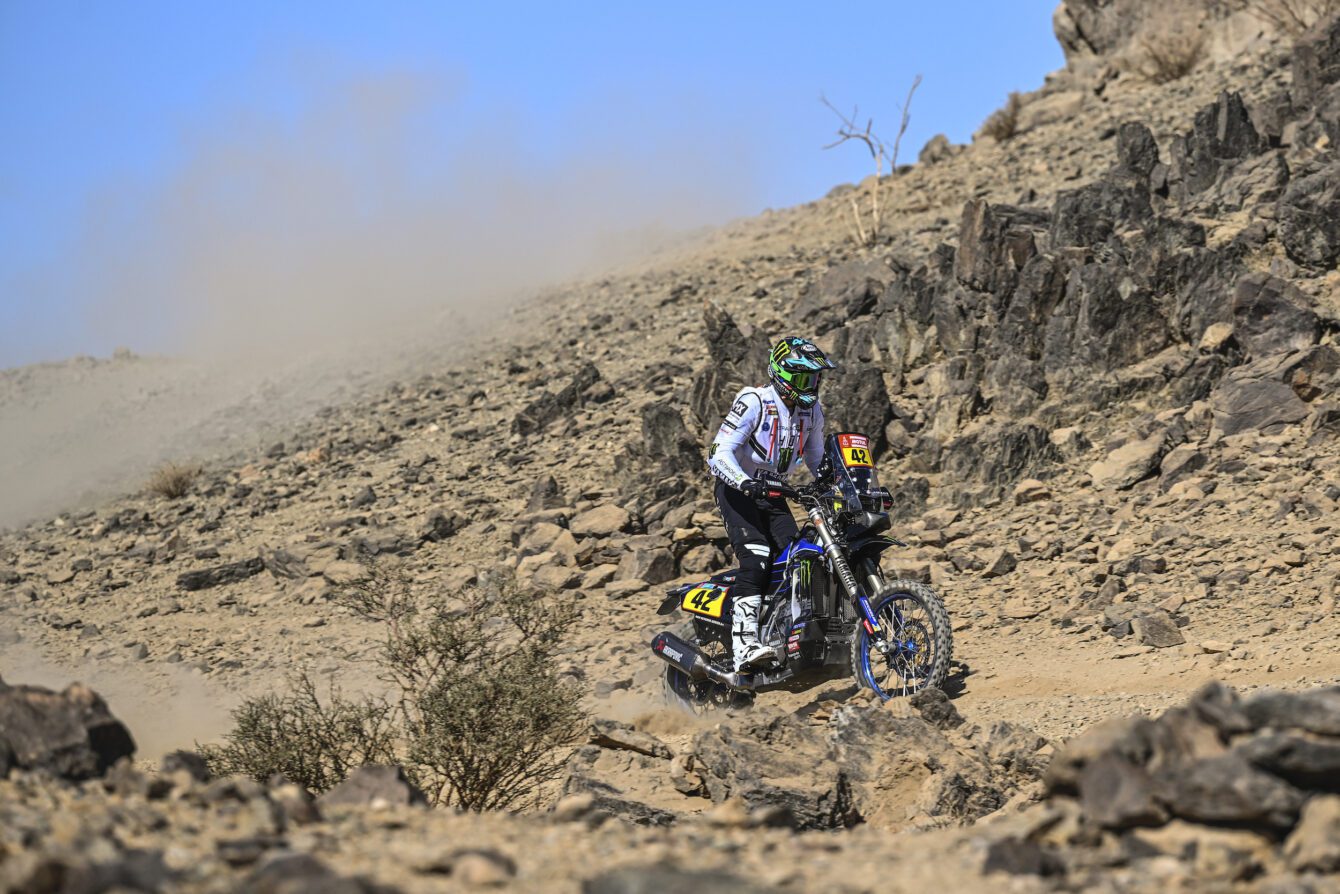 Hovering just outside the top 10 in the overall provisional classification after stage three is Ross Branch. Recording the 11th fastest time on the shortened stage, the Botswana native now advances to 11th in the general rankings and goes into stage four, the longest of the Dakar, with a highly favourable starting position.

Consistent stage results are paying off for Camelia Liparoti in the Light Prototype class. Maintaining her solid start to the rally, the Italian now advances to 10th in the provisional classification following her 16th-place finish on stage three.

The longest stage of the 2022 Dakar Rally is scheduled for tomorrow. Taking competitors from Al Qaisumah to Riyadh, the 465-kilometre special comprises fast desert tracks, punishing sand dunes, and a series of technical rocky canyons near the end which will require accurate navigation in order to secure a strong result. 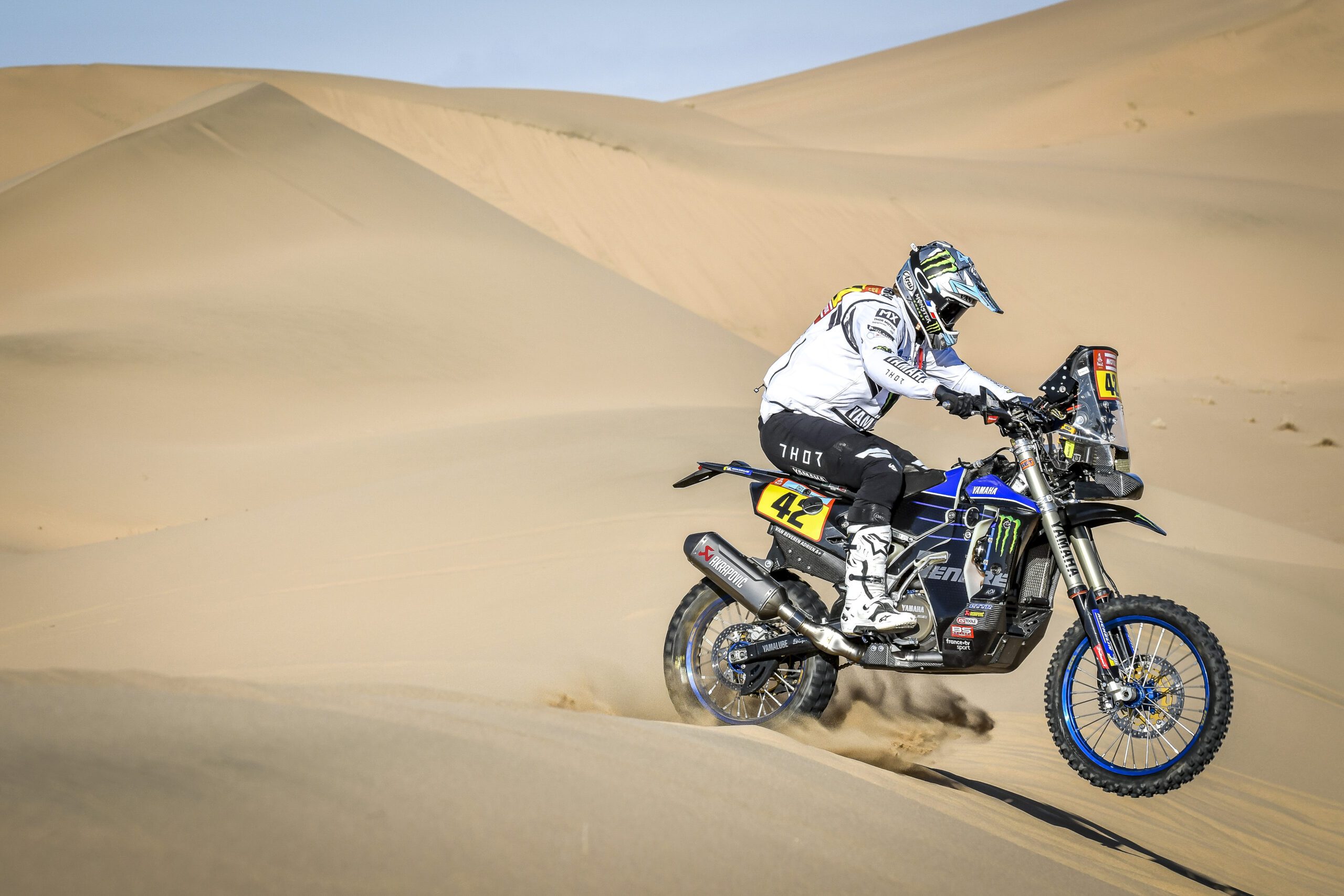 Adrien Van Beveren – Monster Energy Yamaha Rally Team
“Today was good. It was very fast with a lot of open desert and with simple navigation, so nobody made any major mistakes. So far, the rally is going really well for myself and the team. I feel great on the bike and everything is perfect at the moment, so I will keep focused and continue to take things day by day.”

Andrew Short – Monster Energy Yamaha Rally Team
“Stage three was pretty good. I rode smooth and consistent, just maintaining a solid pace throughout and I ended up sixth which is pretty decent. I didn’t make any mistakes and it was a relatively simple stage, some high speed navigation thrown in but nothing too crazy. The terrain is simply amazing after all the rain that has fallen here recently so riding wise it’s been so much fun and I’m excited for more of the same tomorrow.”

Ross Branch – Monster Energy Yamaha Rally Team
“It was a really good day for me today. I was a little off the pace though, but not too far off. Navigation was pretty easy and everyone was close in times, but by finishing 11th it means I have good starting position for tomorrow. All in all, a good day, no mistakes, and I’m really happy with my riding. I just need to up the pace a little tomorrow and I’m looking forward to stage four.”