If you’re 16 years old and you’re after a geared motorcycle, the options are few and far between. It’s been that way for years. But following the success of the Hero 125 which was released back in 2017, Bullit has created a 50cc version of its long-legged street scrambler – and it looks like learners have finally got something stylish to get excited about. 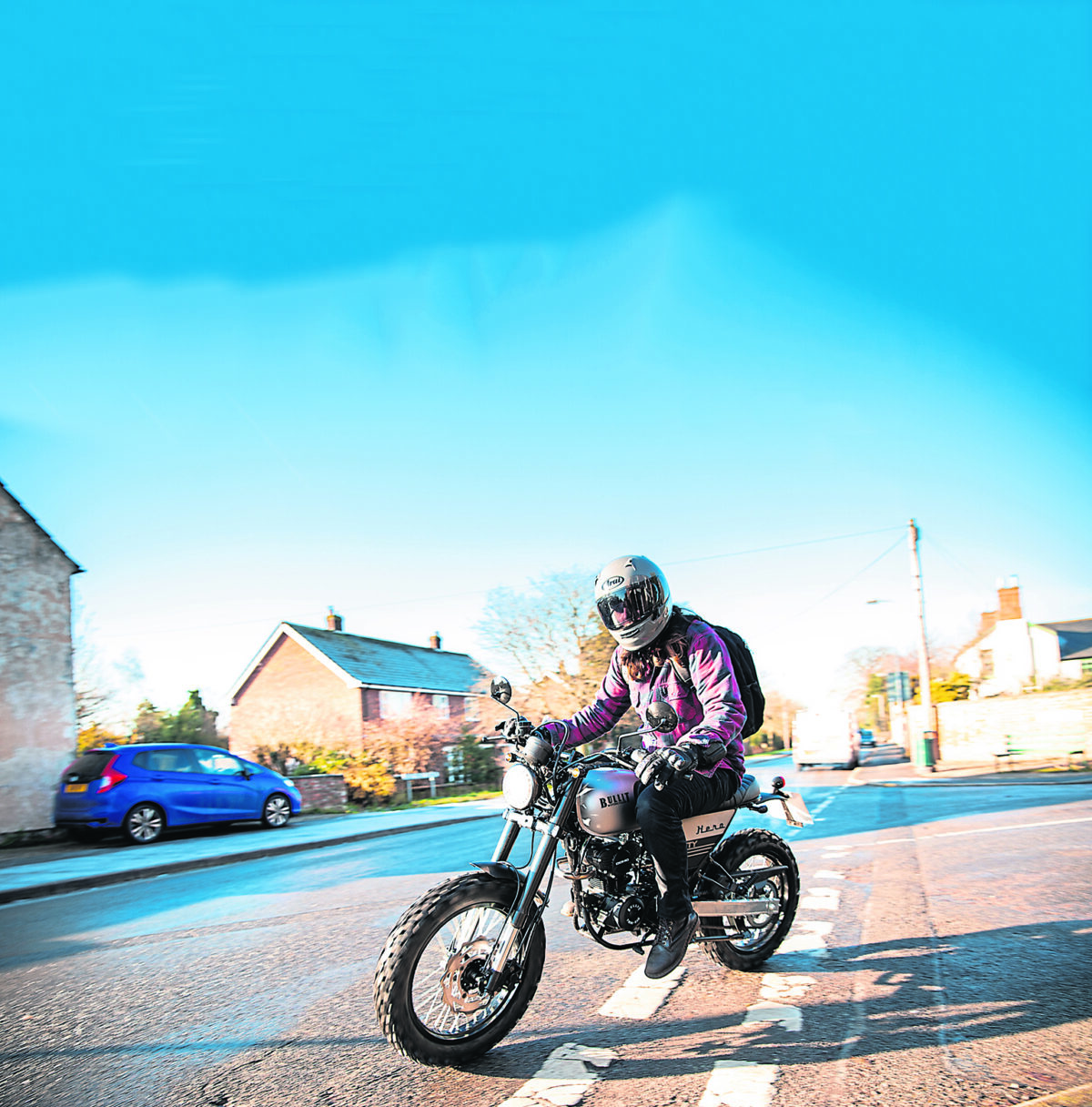 Never heard of Bullit before? The Belgium brand designs its own bikes and then gets them shipped in from China. Sound familiar? That’s because they’re not the only brand doing it. Over the past few years a number of new companies have appeared, offering stylish retro-inspired machines built from the bones of Chinese-built base models. We’ve ridden a good number of them – putting bikes from the likes of Herald, Mutt and Mash to the test. Now we’ve had the chance to swing our leg over Bullit’s latest offering, the Hero 50.

Powered by a 49cc, four-valve, twin cam, four-stroke motor, the Bullit gets upside-down forks, an upswept twin exhaust and large spoked wheels clad with chunky off-road rubber. And it looks fantastic. Firing it up for the first time, the little Hero again surprises with a throaty burble from its twin exhausts. Are you sure this is a 50? Pulling in the clutch, selecting a gear and setting off confirms that yes, it is. That might sound dismissive. It’s not meant to. It’s just not particularly quick. You’ve got to really work its five-speed gearbox to make any form of progress. It’s quite a rewarding experience though, and it forces you to hold on to that hard-earned speed and rinse every one of the 5.5bhp on offer to hit that top speed of 30mph. 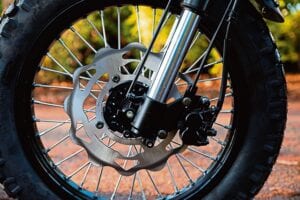 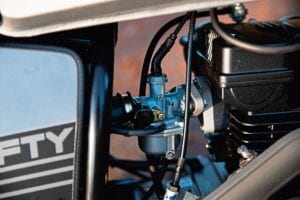 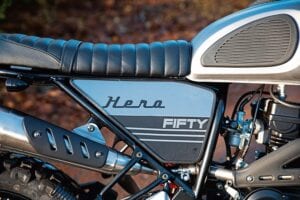 It handles well too, with its long-travel upside-down forks up front and adjustable monoshock at the rear soaking up the worst of our pothole-laden roads without any trouble. The chunky tyres can make the handling feel a little lazy, and the front end feel a little vague, but after a few miles I’d settled into the groove and was throwing the Hero around like a good ‘un. As you’d expect, it’s best around town, where its wide bars help you bomb in and out of traffic and turn in the tightest of spaces. The brakes are well up to the job, too. Admittedly, they’ve not got a particularly tough job; the bike weighs in at a spritely 121kg and you’re never going quick enough to really test their capabilities. I did put them to the test though, putting in a couple of emergency stops for the purposes of testing, and the bike pulled up with no real trouble.

Although it took me a little while to get used to its limited power, if you’re a 16-year-old and in the market for your first taste of freedom, I don’t know if it gets any better. It’s far better looking than a step-through scooter, and if you’re planning to step up to a big bike in the future, it offers a chance to get to grips with gears.