If you’ve been anywhere near a major British bike show over the last few years, you’ve probably spotted the range of retro-styled small capacity machines from Herald Motor Co. The Cambridgeshire-based importer and manufacturer has gone from strength to strength over the past few years, since its inception in 2012, as it continues to turn out an extensive range of retro-styled 125cc and 250cc motorcycles. 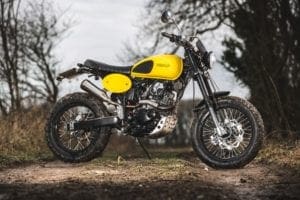 Interestingly, Herald do things slightly differently to many other UK-based importers. Ok, so the initial part of the process is fairly similar, as Herald works with an exclusive partner in China – which is actually the same factory that built the Suzuki GN engine back in the day (and continues to produce similar powerplants for Herald). But that’s where the similarities end; once the imported bikes arrive at Herald HQ, they get overhauled with a range of higher specification aftermarket bits and pieces – before being checked top to bottom by the team of dedicated on-site mechanics. And it’s this attention to detail that helps the Herald’s stand out. Over the past few weeks, we’ve been putting the Herald Maverick 125 through its paces. Here’s what we thought… 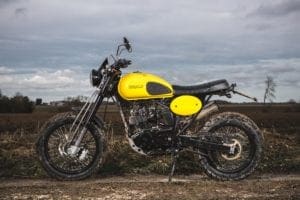 Ok, so first impressions of the Herald Maverick are overwhelmingly positive. There’s no denying it’s a really cool looking motorcycle. Of course, there’s an abundance of retro-styled machines from a variety of importers available on the UK market – but in my opinion, the Herald manages to stand out from the crop, thanks to its sixties scrambler styling, which is set off by its side-numberboards and spoked wheels clad with knobbly tyres.

For a ‘little’ 125cc machine, the Maverick is notably tall – with its seat standing proud at 885mm. At 6ft 1” with a 33” inside leg, I could get both feet flat on the floor with ease, but I have a feeling shorter riders might not find it quite so easy to clamber aboard. But, thanks to its low weight (121kg), even the shortest of riders should be able to lean the Maverick over and get one foot down. 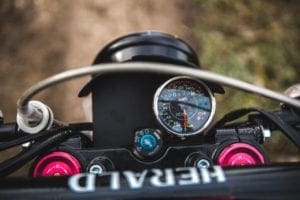 Equipment-wise, the Maverick is fairly Spartan – as you’d expect considering its overall retro-styling – but it comes with everything you’d expect, including an electric starter, LED indicators, a custom LED tail light, and Euro 4 compliant linked braking system (with braided brake lines). There’s even a bash plate and adjustable front suspension too.

ON (AND OFF) THE ROAD

The Maverick is powered by a four-stroke 125cc engine, which kicks out a maximum of 9.8bhp and will reach speeds of around 50mph – so you’re probably not going to be winning any races, or even overtaking anything much quicker than a tractor. But that’s not what the Maverick is for – in my mind, it’s a stylish commuter that comes into its own in an urban environment. It’s plenty powerful enough to get the jump on traffic at lights, and light and agile enough to make filtering an absolute doddle – but best of all, the power delivery is smooth, so even the newest of riders shouldn’t find the Maverick intimidating. 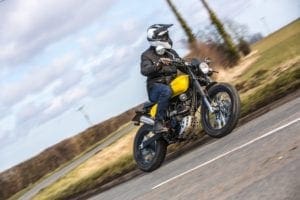 Braking comes in the form of a combined braking system, with wavy discs front and rear. And in practice, they’re more than up to the job of stopping you in a hurry. Sure, it’s not the most sophisticated system – but when you’re only reaching speeds of 50mph, it doesn’t need to be. In an emergency braking test scenario, I did manage to lock up the back wheel, resulting in a fairly tame skid – but it was nothing to worry about. Additionally, it comes with braided brake lines – which help contribute to its off-road oriented styling – and as a consequence, its off-road performance.

Next, let’s look at the Maverick’s suspension. There’s adjustable front shocks and a mono-shock at the rear. I know – adjustable front suspension on a Chinese imported motorcycle! Cool right? Much like its brakes, the Maverick’s suspension is certainly not the most refined of systems – but once again, that it’s irrelevant. It’s a low powered, lightweight, small capacity motorcycle – and it simply doesn’t need the same level of high-tech parts and electronics, as a larger capacity machine. In short, handled everything the pothole laden, torn up roads of Lincolnshire could throw at it during our time together – and never once felt like it was getting out of shape, despite my best efforts to push it to its limits.

The good news doesn’t stop there either – the Maverick’s been clad with Pirelli Scorpion dual-sport rubber too. On the road, I found them exceptional. Off-road, I doubt most people will be pushing the tyres to their limit, and there’s certainly an argument that the knobblies are simply a styling choice – but regardless, it’s fantastic to have some top quality tyres on an imported machine, instead of the typical nylon blend found on most of its competition. And if you decide to put the Maverick’s off-road potential to the test, rest assured you’re in good hands with the Scorpions. 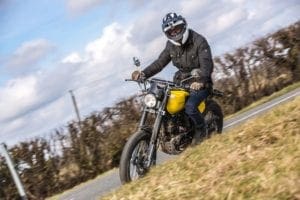 Touching on its capability off-road – I was very impressed with how it handled a couple of green-lanes during our time together. While the Maverick’s scrambler styling looks at first to be a clever marketing choice, using the successes of Triumph’s  Street Scrambler and Ducati’s Scrambler to intersect the learner-legal market – it’s actually equipped with a range of cool features to make it handle the rough stuff with relative ease (providing it’s not too rough). There’s a bash plate, adjustable suspension and the aforementioned dual-sport rubber.  Cool right?

SHOULD I BUY ONE?

It really depends on what you’re looking for. Ok, so it’s not going to be a high octane, high speed ride – and you’re going to struggle to keep up with fast moving traffic on A-roads – but if you’re after a small capacity commuter, that’s capable of tackling a few country lanes in style – look no further.

If I had to spend actual money on a motorcycle, to use for the daily commute – I’d be seriously tempted by the Maverick. And that’s about the highest praise I can give. 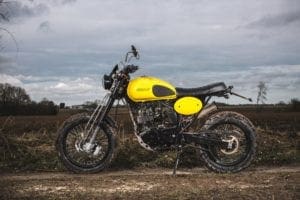 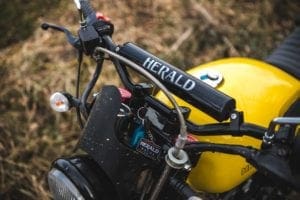 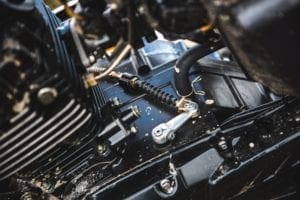 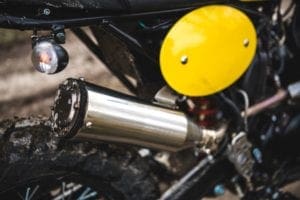 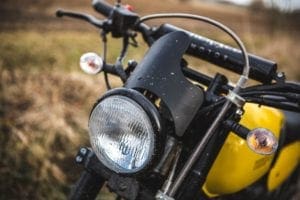 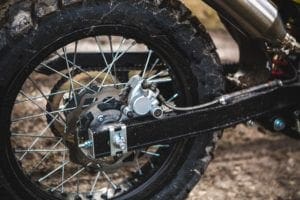 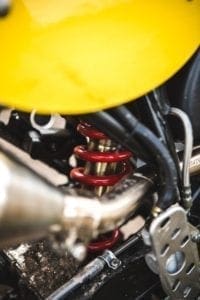