We’ve been on a road trip to put the big scramblers from Indian, Ducati and BMW through their paces. 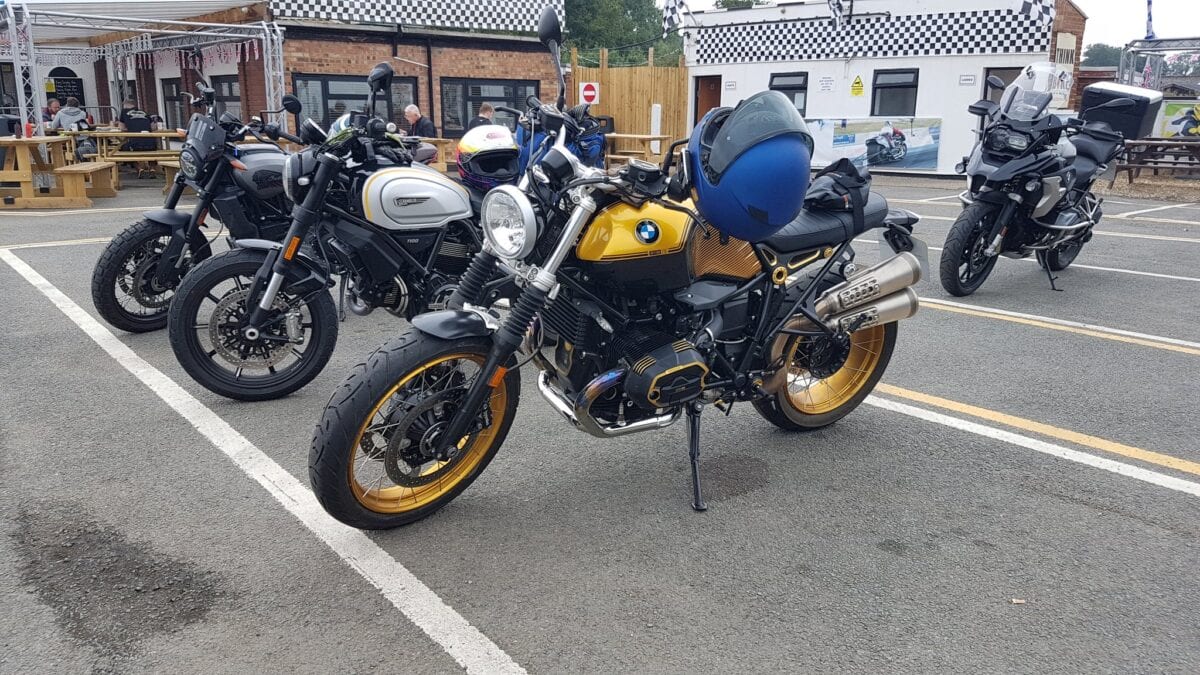 It’s always good to get a bunch of bikes together and go out for a blast as a group. It’s even better if you’ve got a bit of time to cover some miles across some cracking roads. That’s exactly we did over the weekend – taking Indian’s FTR1200 Rally, Ducati’s Scrambler 1100 Pro and BMW’s RnineT Scrambler on a scenic two day trip to London and back, avoiding the motorway as much as possible.

There’s a full length feature detailing our exploits coming in an upcoming issue of Motorcycle Sport and Leisure, but to whet your appetite, here are our first impressions of the bikes.

Bringing stateside flavour to our test, the Indian was clearly an American bike even with its very European looks. It wants to chug along on higher gears than the others, relying on the huge wave of torque that can turn it from a tortoise to a hare in an instant. And that acceleration is so addictive that you find yourself getting giddy every time you see a national speed limit sign when you leave town. The Rally handles well too, but doesn’t have the sharp feel of the other two – it will get the job done no problem, you just have to trust it as there’s not the same amount of feedback.

Given that the Scrambler had always been intended to be Ducati’s entry level machine, it comes as little surprise to discover that even the largest capacity version of the model is incredibly easy to ride.

It feels really small for a bike with a near-1100cc engine, with a near subterranean centre of gravity, and ergonomics that seem to suit every size and permutation of the human form and, initially at least, the powerplant doesn’t feel like it’s anywhere near the size it is, as the gentle and smooth power delivery could easily fool you into thinking it was the 800cc Scrambler.

However, get it buzzing up through the rev range and that gentle commuter feel soon passes and Ducati’s sporty heritage starts to make itself shown. The 83bhp isn’t the highest of these three scramblers, but point it in the direction of some twisty back roads and it’ll show a clean pair of heels to the BMW and Indian.

This is a cracking bike. It’s also the least scrambler-y of the three, but in reality, that’s no bad thing. How many of these are actually going to sniff the dirt, let along hurtle along it? It goes like the clappers, sounds fantastic and is a properly capable bit of kit. It’ll comfortably hold its own with the quickest of companions on the road and I reckon you could even have a bit of blast out on track without embarrassing yourself.

The big Boxer engine’s the highlight. That’s no surprise. But then you’ve got all that other good stuff that synonymous with BMW; top-notch build quality, excellent brakes (from Brembo) and plush suspension that’ll soak up the bumps while remaining firm enough to allow you to properly press on.

I’m not completely sold on the flashy Option 719 parts pack… I love the graphics on the tank and the gold spoked rims – but for an extra £3500 on top of the standard bike, it’s quite an investment. Is it worth it? I’ll let you decide.