Peter Williams – who sadly passed away in December – was more than just a talented motorcycle racer: he was also an innovator whose influences can be seen on modern machines to this day.

With his background in engineering – he was son of Jack Williams, who headed up development at AMC which owned at the time both AJS and Matchless – it was understandable that Pete would be very technically minded. Andrea Coleman, Pete’s sister, who runs the Two Wheels for Life charity even recalled that the budding engineer would – as a boy – drill his pedal cycle full of holes to make the thing lighter and faster…

Alongside his fruitful and lengthy relationship with sponsor Tom Arter, Williams would try out many ideas, such as disc brakes, cast wheels and lightweight ‘monocoque’ frames. In a way, his successes in racing at a time of such greats as Giacomo Agostini, Phil Read, Mick Grant, John Cooper et al, were matched and bettered by his lasting impact on the development of racing motorcycles and (therefore) road bikes as a whole, all of which we still see on road and race bikes today.

Sadly his own racing career came to an end following a bad crash at Oulton Park in 1974, while riding and developing the John Player-sponsored Nortons. In later years his fascinating lectures and books on the design of racing motorcycles held many spellbound. Ride on, Peter… 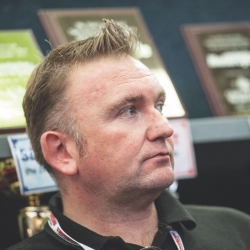