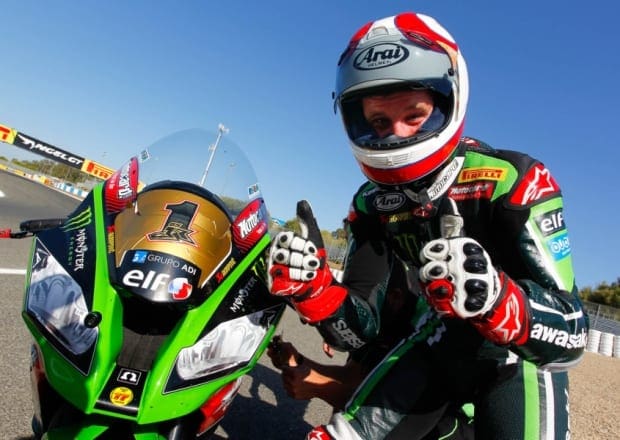 The Pirelli Spanish Round has gone down in history as the WorldSBK race meeting at which Jonathan Rea was crowned World Champion of 2015. The British rider, standard bearer of the Kawasaki Racing Team, clinched the ultimate goal in Race 1 courtesy of his fourth position. He has been pursuing the title since his first full campaign in 2009. 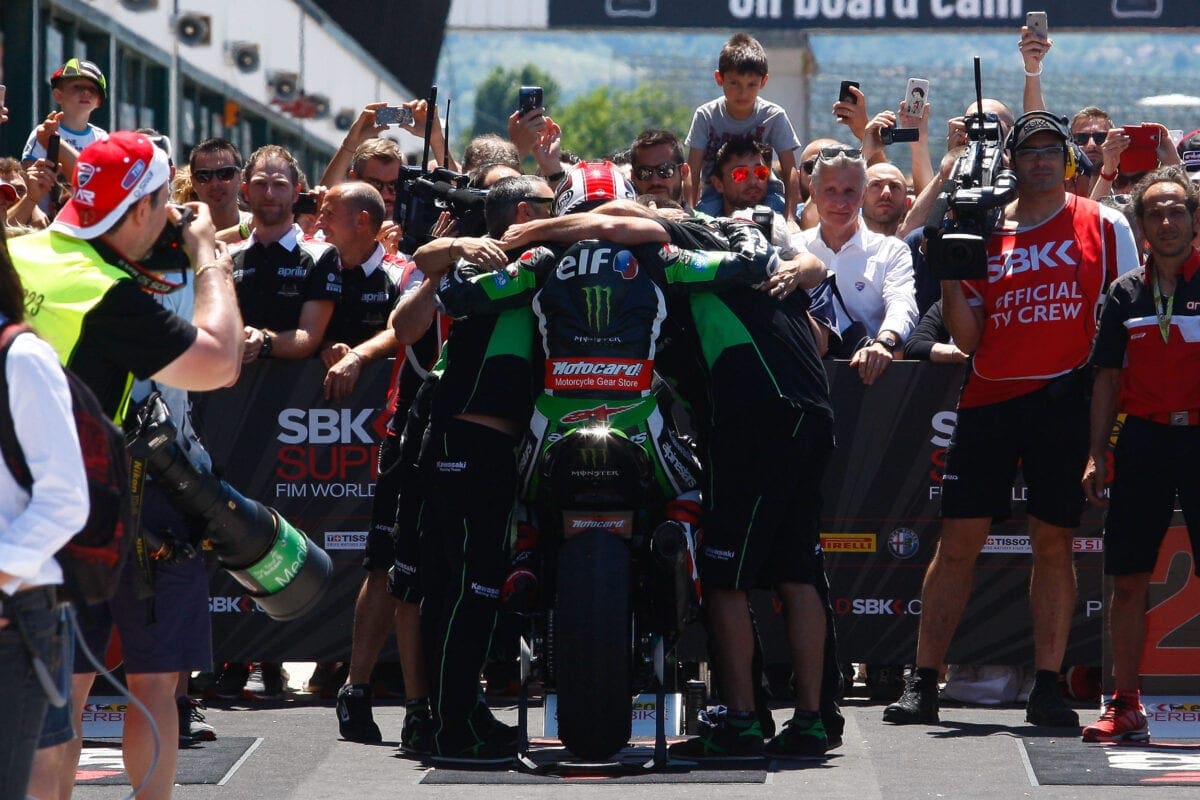 Rea first mounted the all-conquering Kawasaki Ninja ZX-10R at MotorLand Aragon on 17 November 2014, supported all the way by Team Manager and former rider Guim Roda. The Northern Irishman arrived in Malaysia at the start of August already with a mathematic chance of claiming the title, despite three rounds still remaining of the 13. After Race 1 at Jerez, he has now won 12 races this year and picked up 20 podium finishes from the first 21 races. He is chasing Doug Polen’s 1991 record of 17 race victories in one season, which can now only be equalled. 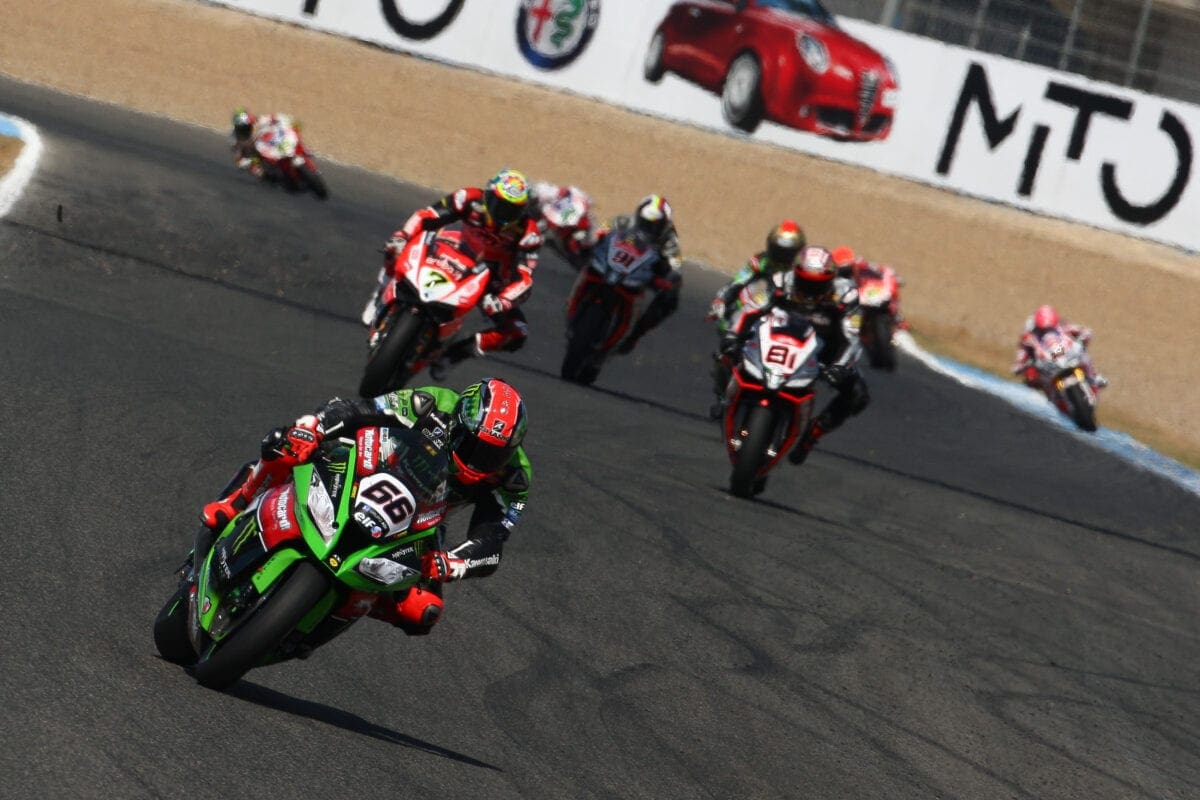 Since the inauguration of WorldSBK in 1988, Rea is the third rider to win the crown on a Kawasaki motorcycle. The first was American Scott Russell in 1993, while the next was Rea’s current team-mate Tom Sykes two decades later. Rea has also become the first different World Champion in as many years (with the last five titles having been sealed by Carlos Checa, Max Biaggi, Tom Sykes and Sylvain Guintoli) and the fifth British World Champion after Carl Fogarty, Neil Hodgson, James Toseland and the aforementioned Tom Sykes.

Rea said: “This is an amazing moment for me in my career .There has been a lot of hard work from myself, sacrifice and dedication from my family, but most of all this championship would not be possible without Kawasaki. I want to thank both my team manager Guim Roda, and Steve Guttridge from KME, who really believed in me and gave me this opportunity. Right now it has not sunk in. Moments like this are even more special because of the challenges I have faced with injuries. When I watched the 2002 World Championship between Colin Edwards and Troy Bayliss I got so much inspiration from it. It became like, ‘I have to do this.’ So even in tough times I never doubted my ability. Right now it still does not feel real but I am world champion and I am really proud.” 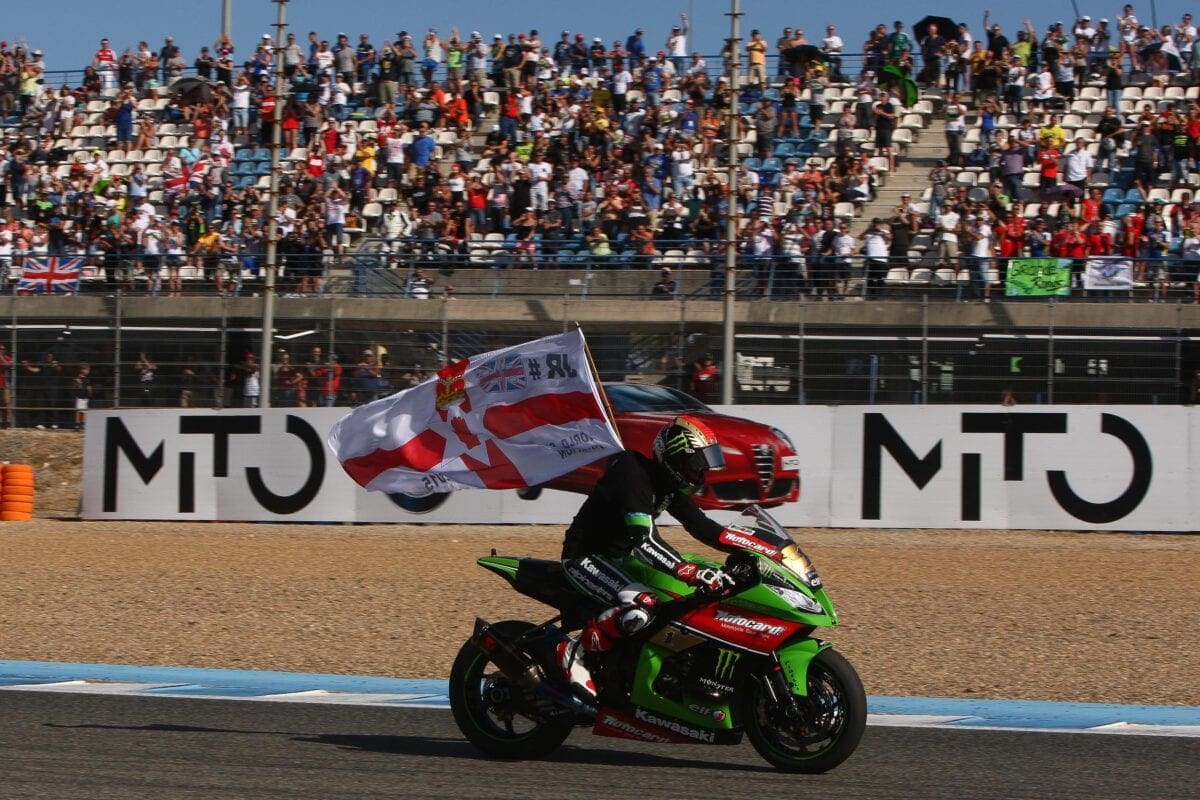