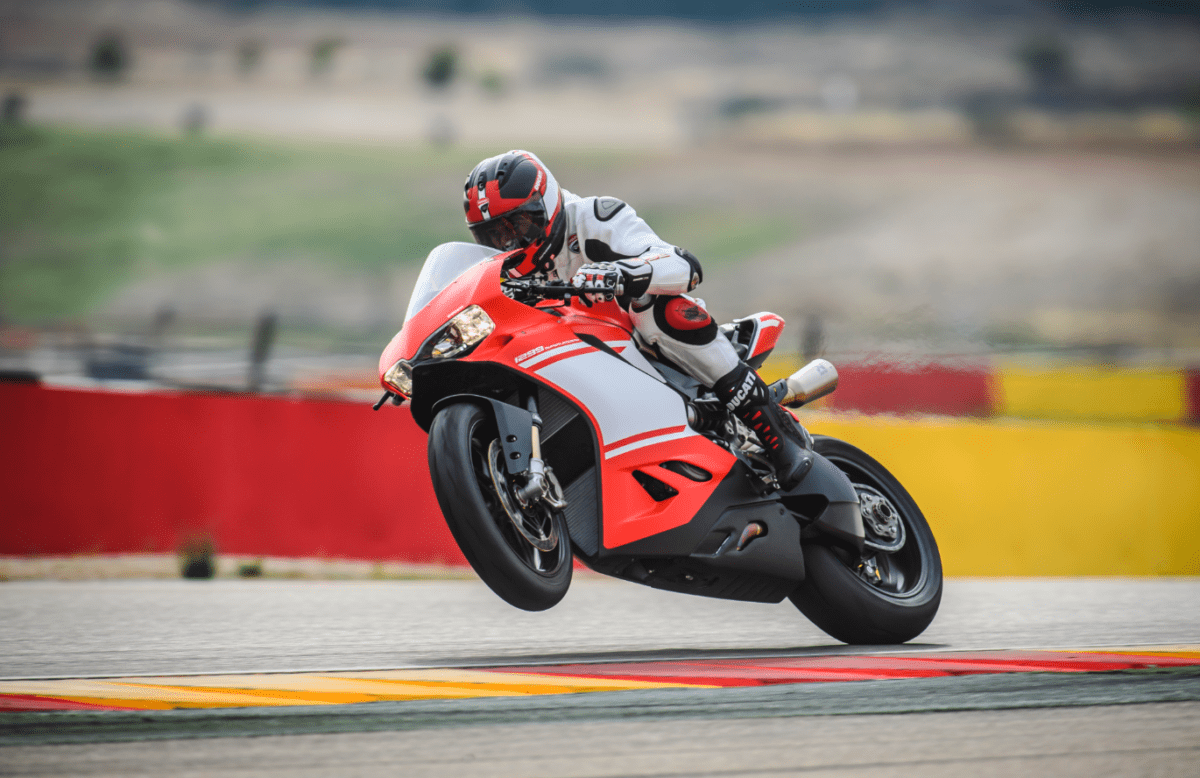 Ducati has just officially revealed the 1299 Superleggera at the EICMA show in Milan. This incredible king of superbikes, worth a cool £66k, comes with a 215bhp desmodromic engine, and a carbon fibre frame, swingarm, subframe and wheels, which help the bike tip the scales at 167kg – and that’s the wet weight! The power figures and the unbearable lightness of the bike make this one is a bit special.

Oh, and the bike looks amazing! 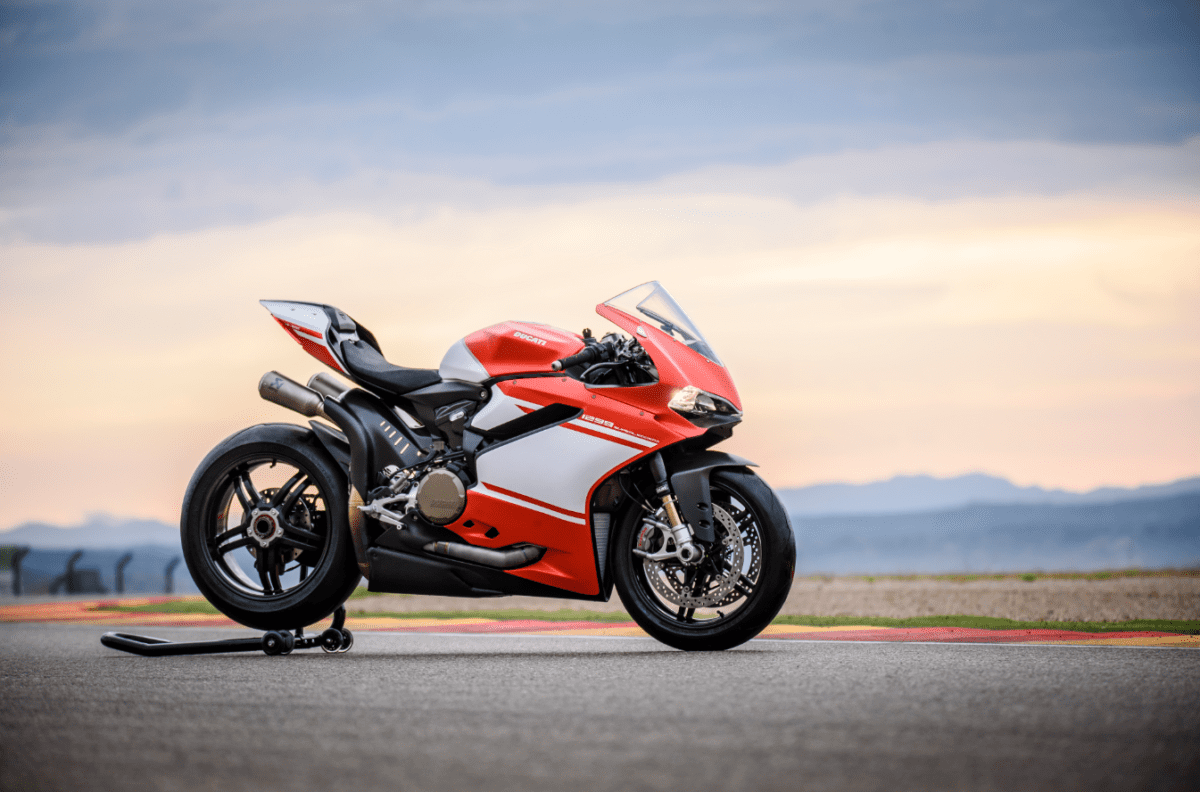 Here are the official words from Ducati:

With the 1299 Superleggera, Ducati has achieved off-the-scale style, sophistication and performance. Frame and swingarm, made entirely of carbon fibre just like the high-spec wheels, are unique to the 1299 Superleggera. The fairing – also made of carbon fibre – is another key element: but only one of many in an astounding bike that could only ever have been built by Ducati – a manufacturer with racing DNA.

And underneath that carbon fibre skin lies the highest-performing version of the Superquadro. Thanks to its 215 hp, the desmodromic engine on the 1299 Superleggera is the most powerful factory twin-cylinder ever built; it incorporates the ultimate levels of Ducati technology. 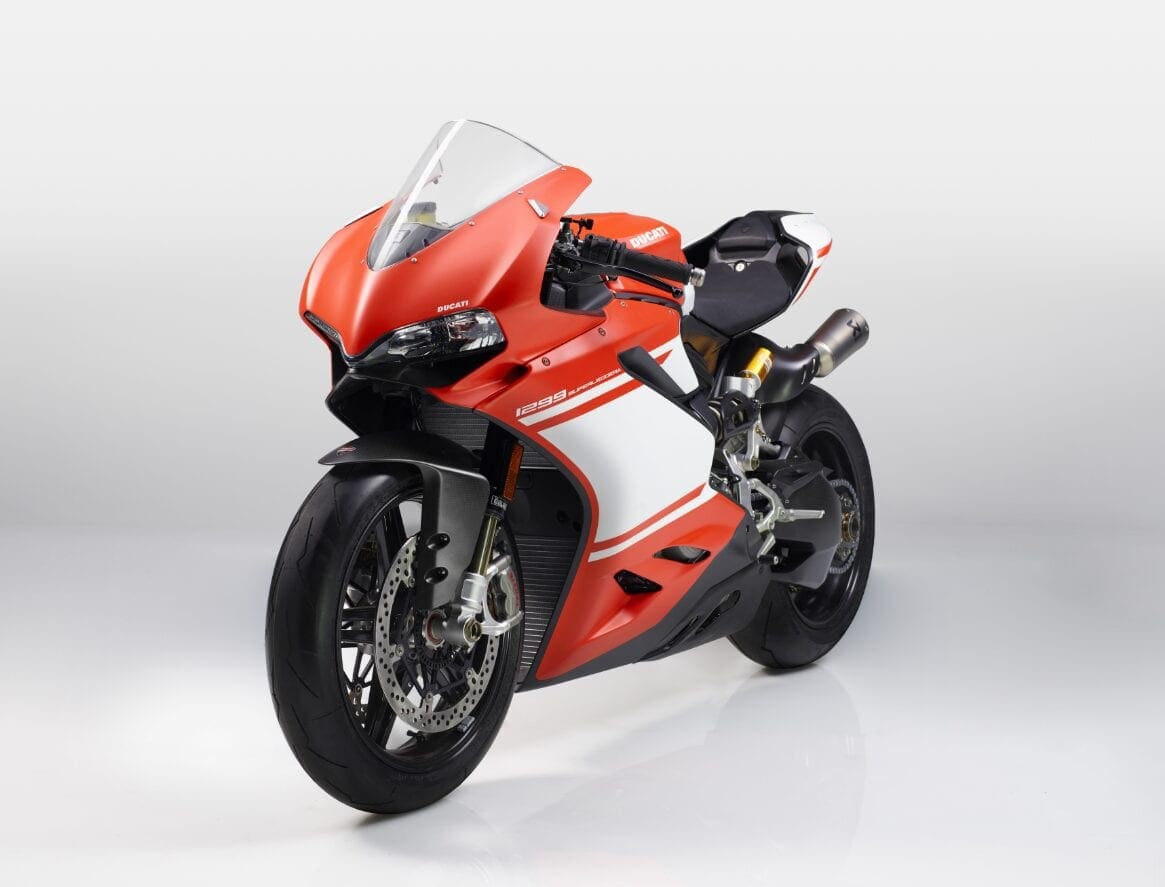 What makes the 1299 Superleggera even more exclusive is the new electronics package which uses a 6-axis Inertial Measurement Unit (6D IMU) to manage the incomparable array of electronic controls. This system has allowed us to improve the Ducati Traction Control EVO (DTC EVO) presented on the 1299 Panigale S Anniversario thanks to the introduction of Ducati Slide Control (DSC), which ensures even higher out-of-the-corner performance. The 1299 Superleggera is also the first ever Ducati Superbike to be equipped with Ducati Power Launch (DPL) and also features the Engine Brake Control (EBC) seen on previous versions.

Keeping the explosive performance of the 1299 Superleggera under control is also a newly calibrated Bosch Cornering ABS system that ensures matchless braking in complete safety.

The 1299 Superleggera has the word ‘exclusive’ written all over it, even when it comes to the number being made: only 500 such bikes are to be built – and they’re already sold out! Together with the motorcycle, purchasers get a track kit which includes a complete Akrapovič titanium racing exhaust, a racing screen, plate holder removal kit, kickstand removal kit, machined-from-solid mirror replacement plugs, front and rear paddock stands and a bike cover. 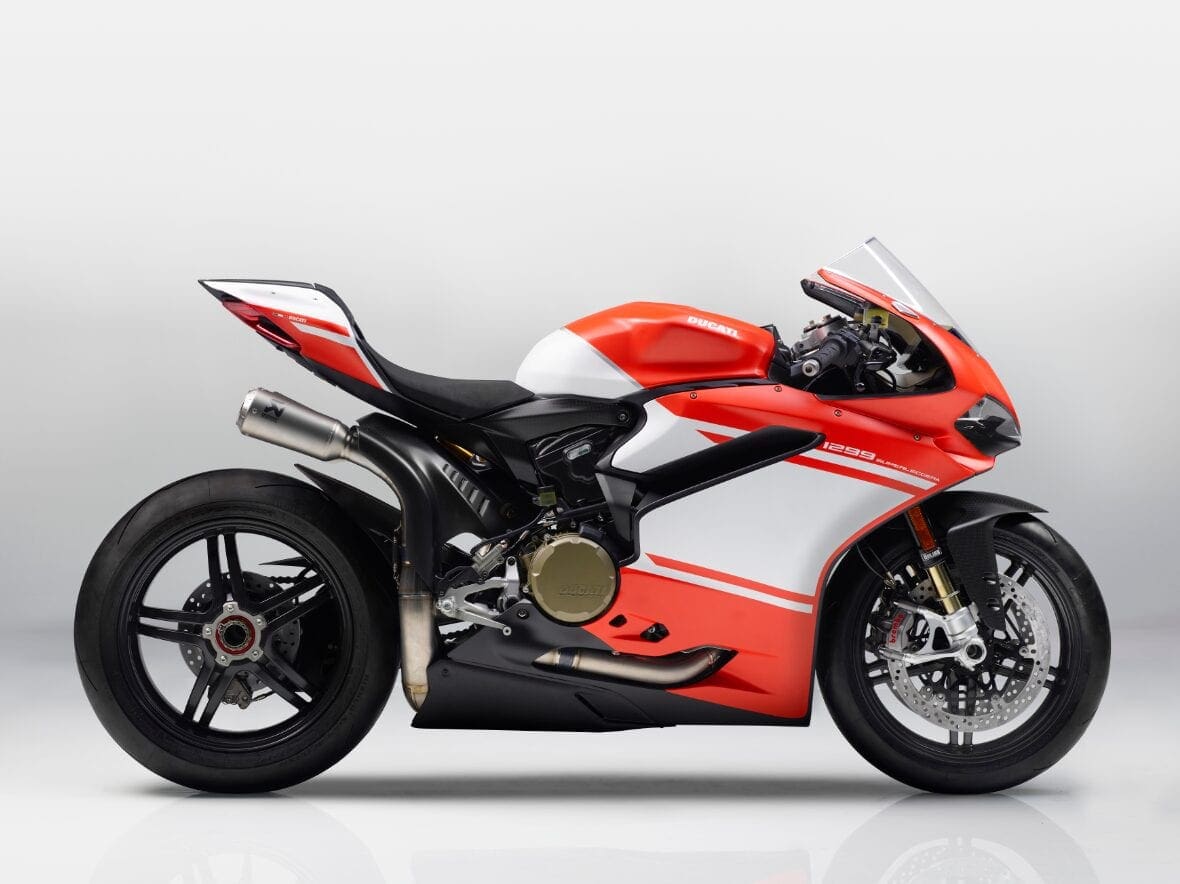 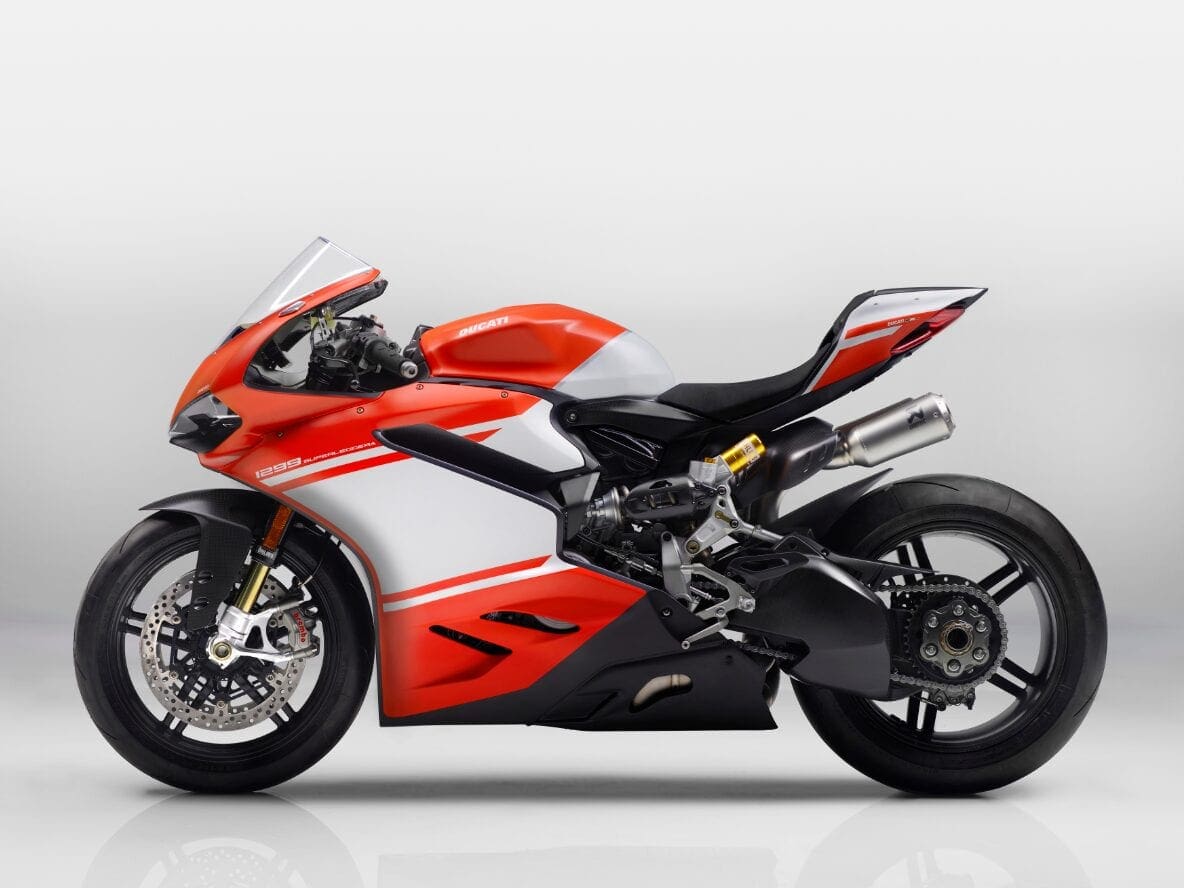 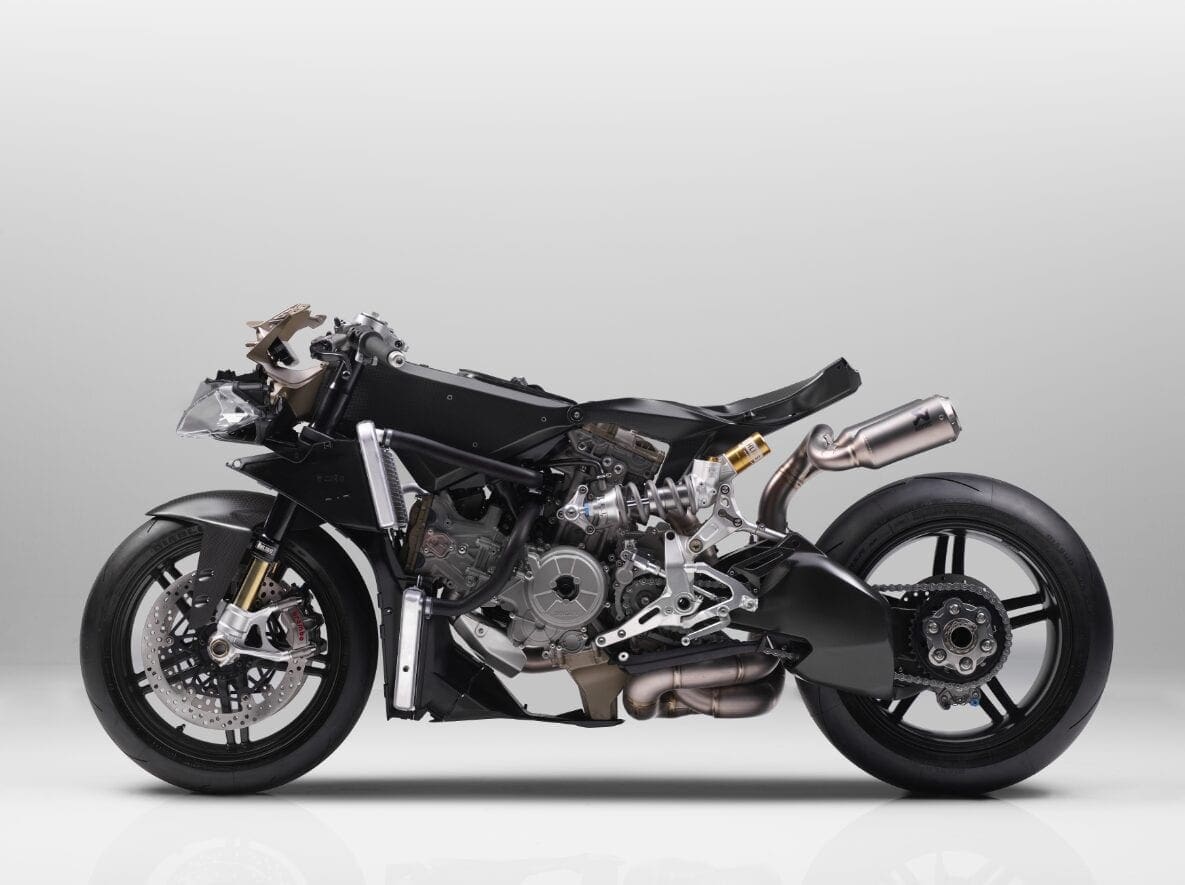 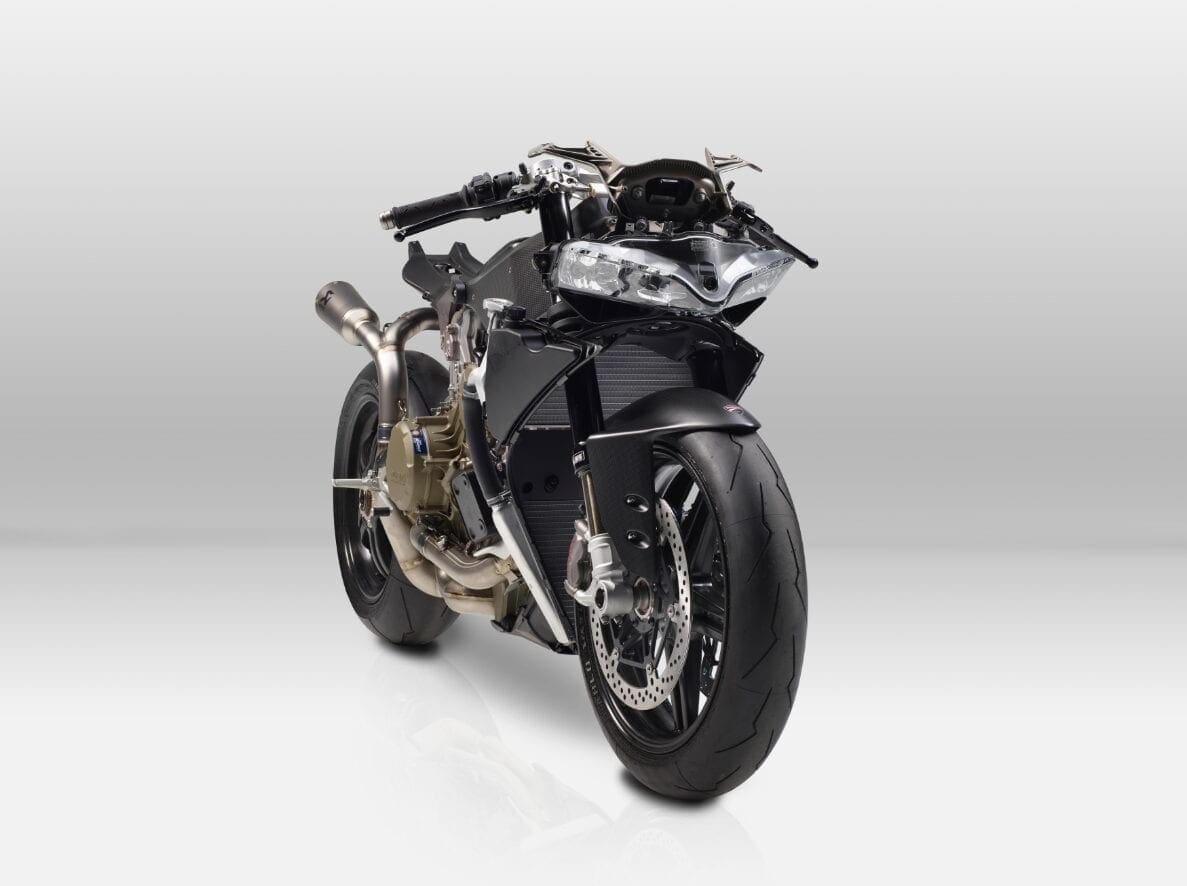