MoreBikes has teamed up with OptiMate – the battery saving charger people – to shine some light on the dark art of motorcycle batteries and how to look after them. Find out more at www.optimate1.com

M is for Melting

Melting of insulation material on wires, plastic connector blocks or even a battery terminal are all indications that there is a problem with connection. If electrical current cannot flow easily through a connection – referred to as resistance – the energy turns to heat. Sometimes this can be so great it melts things around it. Make sure connections are clean, that any clamps/screws are tight and wires firmly attached. 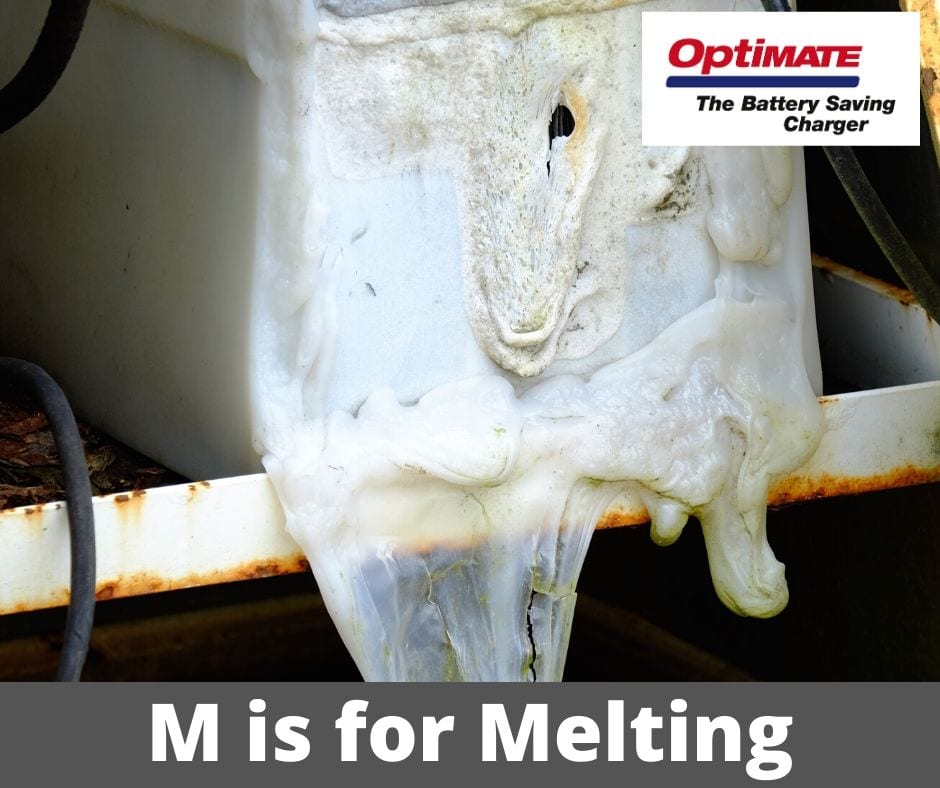 N is for Negative

All batteries have two terminals, one terminal is marked ‘+’ positive, the other is marked ‘-’ negative. If you make a circuit between the two terminals, (such as when you turn the key and operate the starter motor), the electrons inside the battery will flow from the negative end to the positive end as fast as they can, creating power for the starter. When disconnecting a battery, you should always remove the negative terminal first’ to prevent short circuits and/or sparks. 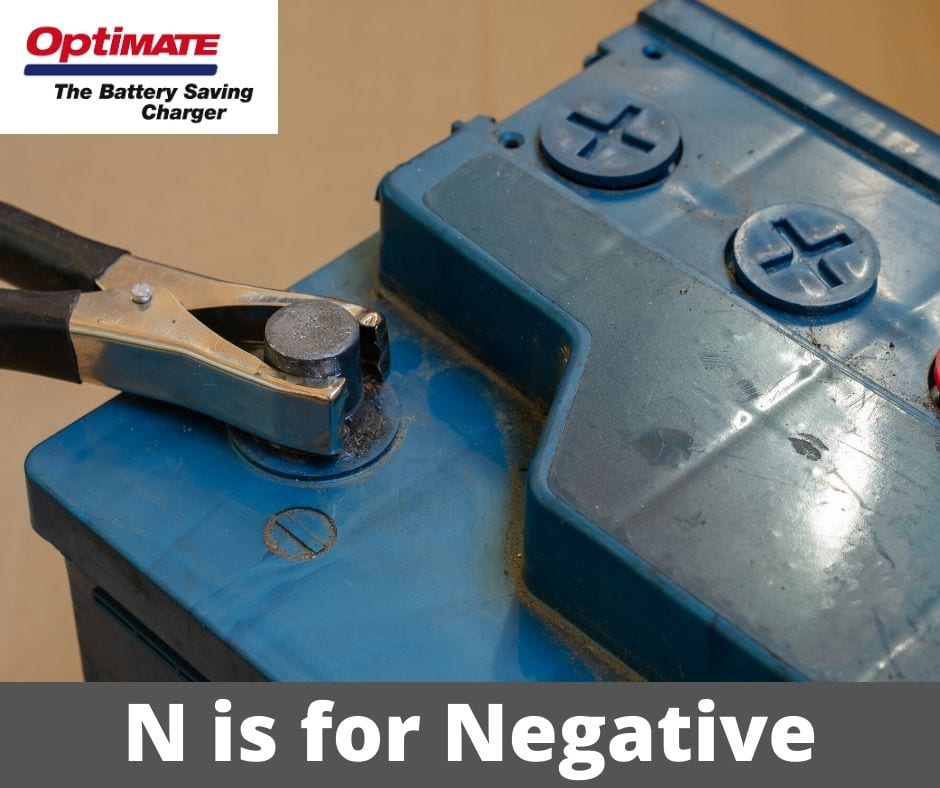 O is for Overcharging

Overcharging, either due to a faulty electrical system on your bike or an unsuitable battery charger, can cause significant damage to your battery. In lead-acid batteries, overcharging can dry out the electrolyte, reducing their capacity and, in extreme cases, causing complete failure. Overcharging in lithium batteries is even worse,  sometimes causing them to catch fire or explode. All OptiMate chargers are designed to protect from over-charging. 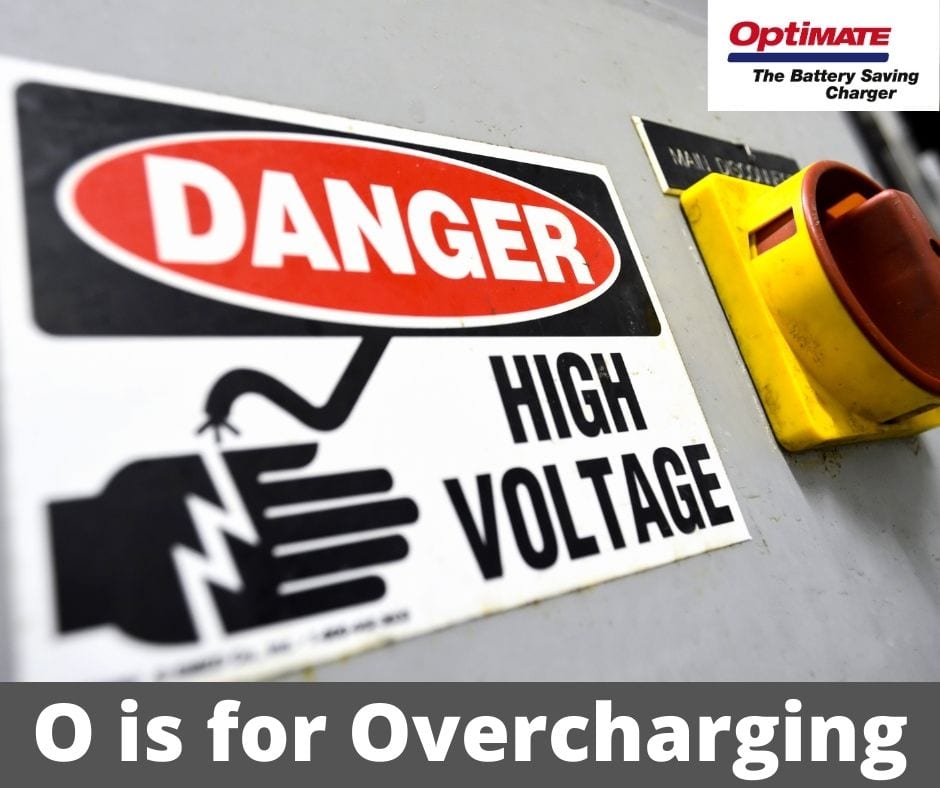 P is for Positive

The ‘+’ positive terminal of your battery is connected to the ‘cathode’ inside the plastic case. When you ask the battery for power, (e.g. switching on the headlight or turning the starter motor), the sulfate ions inside the electrolyte move from the the ‘anode’ negative terminal to the ‘cathode’, out of the positive terminal and through your headlight bulb or starter motor to make it work, before returning to the battery. When using jump leads, always connect to the red terminal first and disconnect them last. Better still, avoid the need to jump start by using OptiMate – The Battery Saving Charger.

Q is for Quick Charge

Most automotive batteries take between 12-48 hours to fully charge. They use what’s called constant current constant voltage (CCCV) method, which keeps the charge voltage low, so as not to overheat and damage the battery. It is possible to quick charge certain kinds of 12V batteries – by varying the amperage and current flow – but this needs to be done very carefully, to avoid damage. You should always follow the battery manufacturer’s guidelines when selecting and using a charger. An OptiMate will do this automatically. 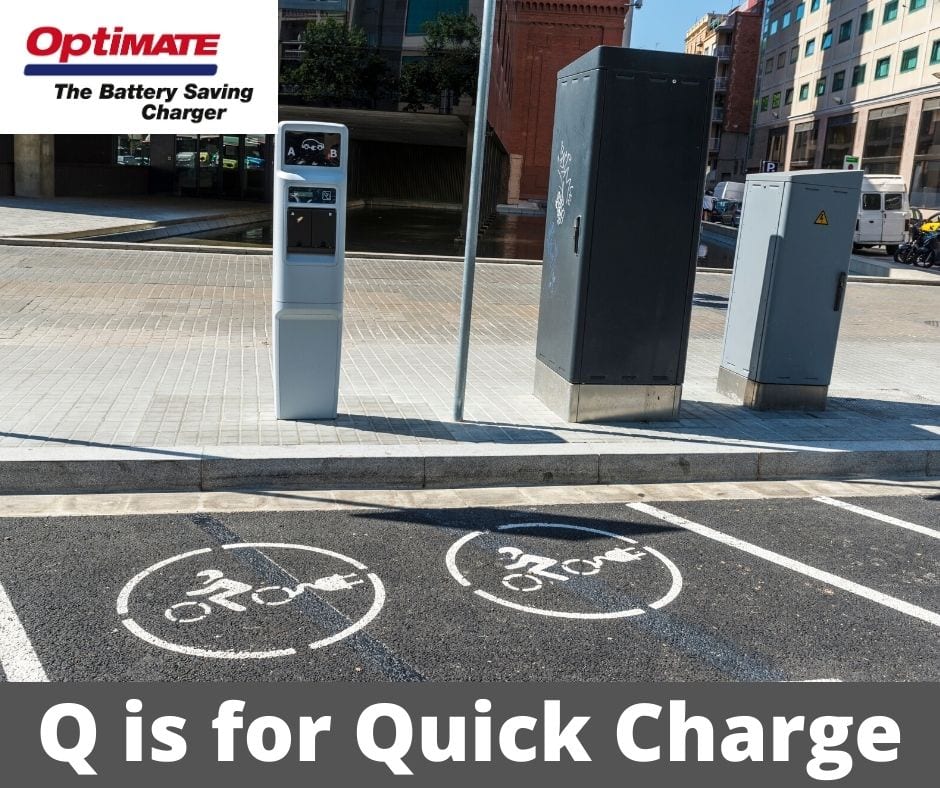 R is for Regulator/Rectifier

A regulator/rectifier is an electronic unit that takes the AC (alternating current) generated by your bike’s alternator, and converts it into the DC (direct current) required to charge your 12v battery. Signs your regulator/rectifier isn’t working properly can include occasional dips in power to components like fuel pumps, dimming or flickering headlights, high beams not working or a flat battery. 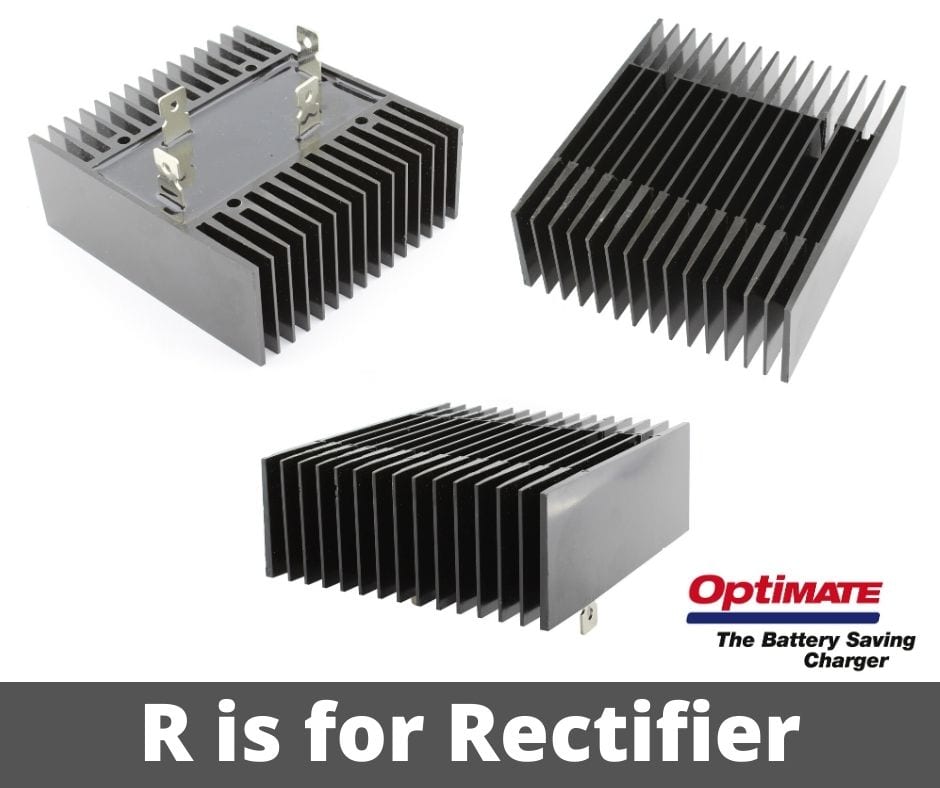