Moto2: The Kalex Triumph gets out in first pre-season test. 1.3s off lap record 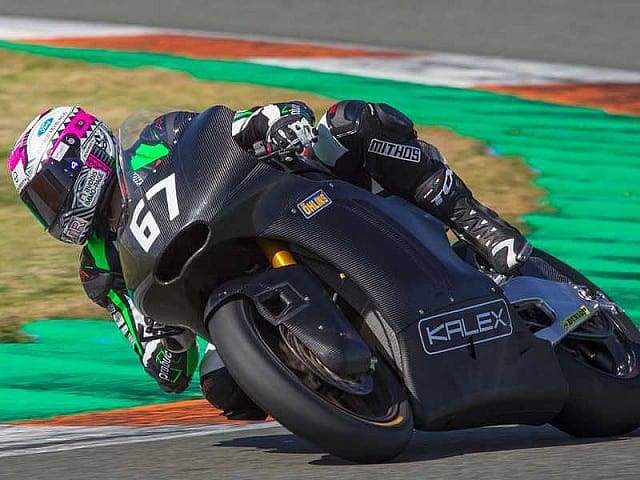 We’ve already shown you the first dyno runs of the 765cc Triumph Moto2 enging wrapped in the exquisite Kalex chassis (you can see that again by clicking HERE) – and now the bike has stretched its legs in a first pre-season test at Valencia.

Originally set for three days of action, the test had to be cut back to just one day as the bad weather that’s plagued Europe continued to sweep across the continent. 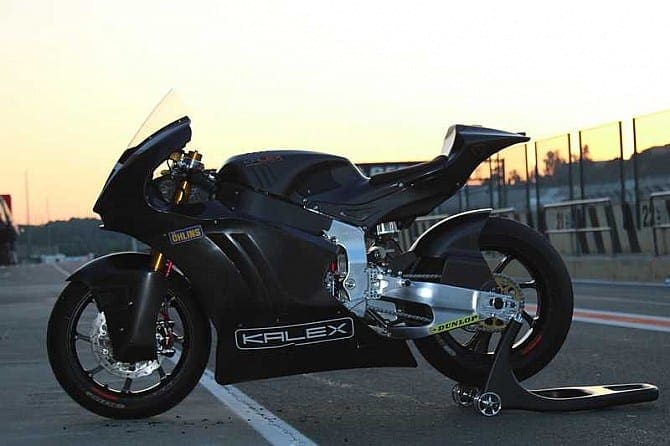 Test rider Jesko Raffin and crew-chief Michael Ferger had to cram what they could into a brief few sessions in Spain.

Alexander BAUMGÄRTEL (CEO / Chief-Designer) said: “Overall, we are very happy how things went during our first rollout with the 2019 bike. It was, so to speak, a ‘zero problem’ rollout. In addition, we were lucky with the weather on Monday when the conditions were very good for most of the day. Unfortunately, the two remaining days fell proverbially into the water.

“Apart from that, Jesko did a great job. He made no mistakes and he also convinced with enormously valuable statements. After he came back from the winter break a bit stiff, we started our program with the current bike which is equipped with an ‘end-of-life’ engine, which has significantly less power.

“The purpose of this exercise with two reference runs was, to give Jesko the feeling for a racing bike after his four months break. Of course, he did his training program during the winter months, but he never was riding an on-road bike. But from the third run on, we focused exclusively on working with the Triumph bike. Jesko was immediately enthusiastic about it.

“After just five laps, he said: ‘The bike feels like a Kalex.’ That was a huge relief for us. That was what we have been working for and this always has been our goal, at least about the confidence and feeling for the front.

“For this test, we were using just standard parts as far as the engine, electronics and the clutch are concerned, but at the end we were able to set a 1m 36.6 with Jesko. This is certainly a nice reference time for us. Therefore, we are very satisfied with our first rollout. The first impressions of the rider are mainly positive and there occurred absolutely no problems. Of course, it would have been enormously helpful to accumulate more laps and kilometres, but for the beginning, it was a very enjoyable start to our test program with this bike.

“We already have reached a level, we would have expected only for the second or third rollout with standard components. The rider’s feeling with the chassis was good straight away. This is why it makes no sense to think about a next test at the moment. In this regard, we have to wait until we get the ECU for this engine.” 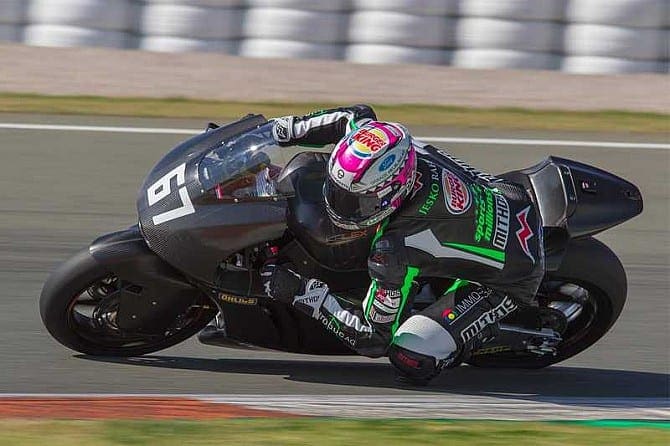 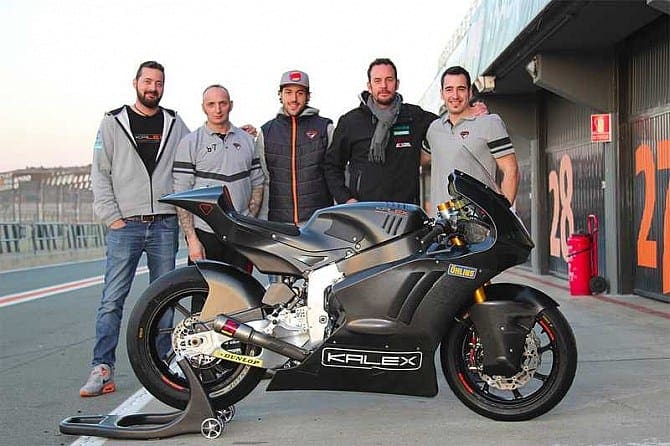