Ducati has just unveiled a new exhibition at its factory museum – bringing to together three amazing Grand Prix machines built by the iconic Fabio Taglioni for a young Mike Hailwood. 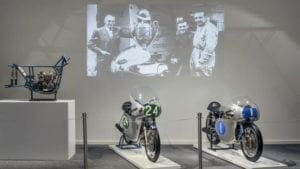 More specically, Taglioni built the 125, 250 and 350cc Desmo Twins to order between 1958 and 1960, for an ex-racer and motorcycle dealer named Stanley Hailwood, to be ridden by his shy teenage son Michael, who Hailwood senior reckoned had the potential to be a world-class racer. 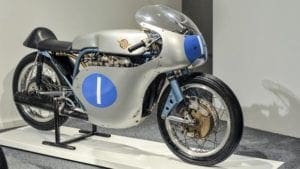 And he was right. Two decades later, “Mike the Bike” Hailwood, had nine world championships and 37 Grand Prix wins to his name – before coming back out of retirement to win the 1978 Formula 1 TT on a Ducati 900SS, and gaining the adoration of Ducati enthusiasts worldwide 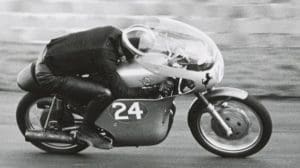 The bikes on which Hailwood totted up his first GP wins will be on show together for the first time in many years under the banner “The Desmo Twins of young Hailwood” at the Ducati Museum until 15 September 2018, as part of its commemoration of that incredible against-the-odds TT win, 40 years ago this year.

For more information on the Ducati Museum, click HERE.