I head to the home of Ducati… 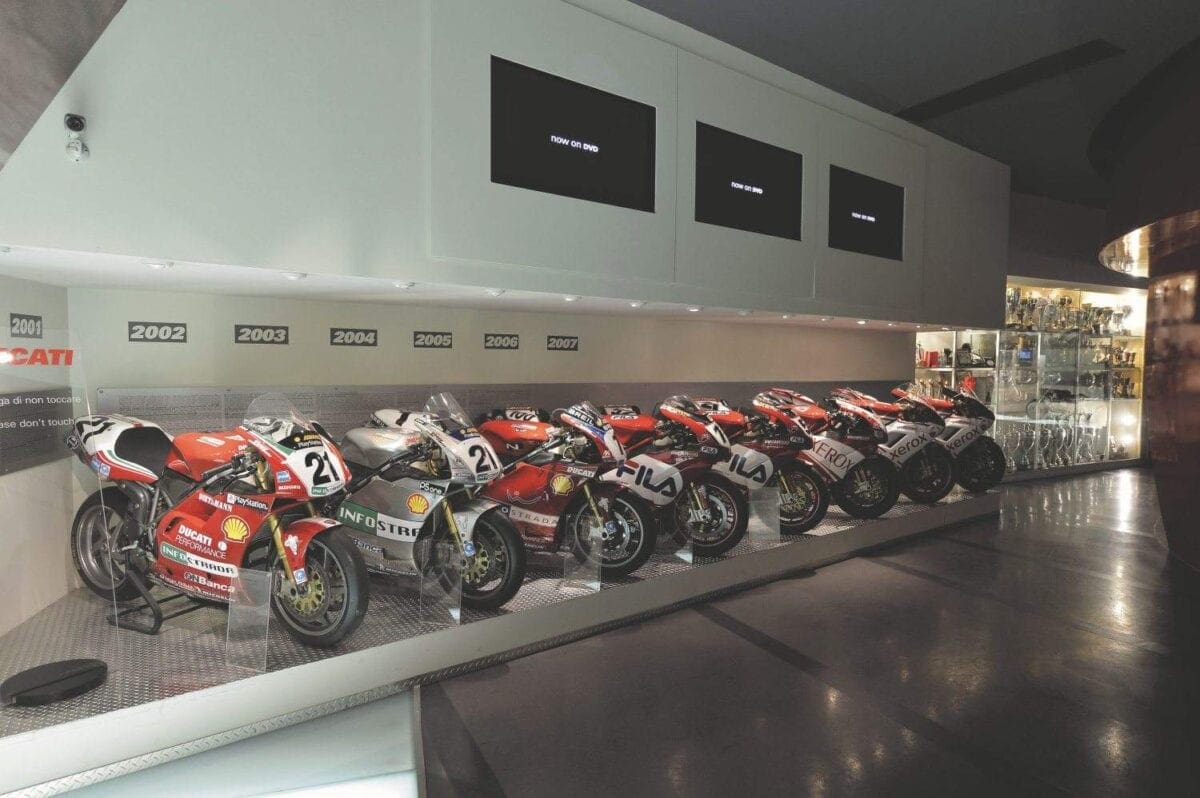 My mum absolutely loves Ducatis – her first bike was a Monster 600 and she’s now got the 750s. When she found out that a recent work trip was to the Ducati factory and museum in Bologna, needless to say, if I wasn’t her daughter I think she would hate me.

I was heading over to Italy to try out the new D|air airbag system from Ducati and Dainese – see what happened here. – But I couldn’t miss the chance to check out the museum…

After a few days of trying to fit my mum in my case, we gave up and decided that I would take lots of pictures and tell her all about it when I got home – so I thought I would tell you all about it too!

Walking up the steps into the museum, I had butterflies in my tummy. I’d spent far too long looking at the museum on Google Earth – but it didn’t compare to seeing the bikes in the ‘metal’. 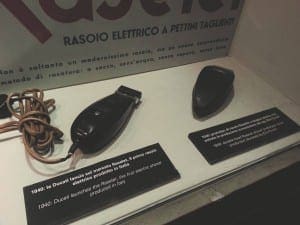 From the early razors and radios that Ducati made before the war, to Carl Fogarty’s Championship winning bikes, it was a real treasure trove – and what surprised me is that you could get so close to everything. As tempted as I was, I didn’t touch anything though… promise!

Being a racing fan, one of the highlights for me was Rossi’s MotoGP bike that the museum had ‘on-loan from a private collector’. It was there for just one week and I was lucky enough to see it.

Whether you’ve got a Ducati or not, looking round at the various ‘exhibits’ is fascinating – they’ve got examples of the first engines ever made by Ducati in 1946. The Cucciolo was a 50cc engine to fit to a bicycle which could get a whopping 100km (that’s around 62 miles to you and me) for a litre of fuel. 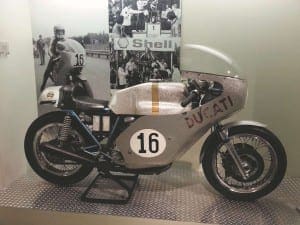 I could have spent all day in there, getting up close to the historic bikes and studying them in more detail. Did you know, the original colour for Ducatis was actually silver? It was Castrol, one of the sponsors of Mike Hailwood that asked to have red and green as the colours on the race bike.

If you want to take a look around the museum, but can’t make the trip to Italy – then don’t despair – click here for the digital tour.  I spoke to the Museum Director too to find out what his favourite piece was, so keep an eye out for the interview on MoreBikes coming soon…