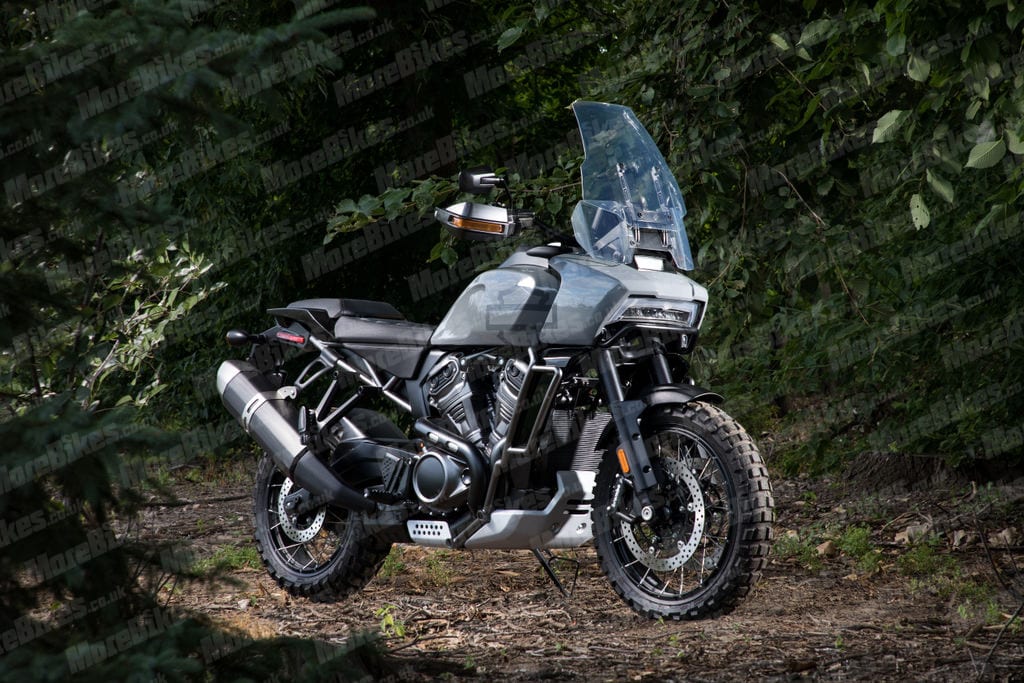 Talk about turning your motorcycle world upside-down! Harley-Davidson has just revealed it’s huge plans for the future with a raft of new motorcycles ranging from 500 to 1250cc – with this, the firm’s new Pan American Adventure bike dropping jaws around the globe.

The Pan America is powered by a new water-cooled motor which is going to form the powerplant for a range of new motorcycles in the range, in the Pan it’s appearing as a 1250cc V-twin with a host of electronics, ride-by-wire throttle and traction control. Harley hasn’t released any specifics in terms of output or spec yet, but this thing looks serious.

What we can see from the photo sent out from the factory is that the bike gets trick Showa suspension and hard-biting Brembo brakes.

There’s no mention of price yet, but we do know that the bike will be released in 2020 and will be the first bike to appear from what H-D is referring to as the ‘middleweight range’.

What do you reckon, you like it? Would you buy it? Will you test ride it? We will. We can’t wait to get on this thing.