NEW STUDY reveals SCOTTISH bikers ride the MOST each month.

A new study commissioned by WMB Pride has found that Scottish bikers cover the most miles each month – an average of 995 miles – whilst those in the East of England are likely to spend the most refuelling their motorcycle – to the tune of £129 a month. 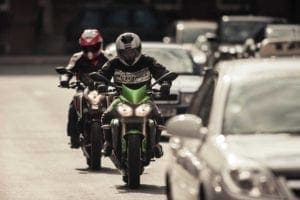 The team at WMB Pride (www.wmbpride.bike) conducted the study as part of ongoing research into the attitudes and behaviours of motorists around the UK. In total, 2,491 British bikers aged 18 and over, were quizzed about their motorcycle usage.

All respondents were then asked to estimate how many miles they rode each month, as well as asked to state the region that they lived in in order to determine any regional differences. Once all of the results were collated, it was found that the following regions contained motorcycle riders who covered the most miles:

When asked to state where they were most likely to fill up their motorcycle, almost all preferred to fill up at a ‘local petrol station’ (86%) as opposed to a ‘motorway service station’ (10%). Following on from this, when asked to state how much they spent on fuel per month, the five regions who spend the most on fuel, on average, were found to be:

A spokesperson for WMB Logistics commented: “It’s no secret that we’re up there as one of the most expensive countries in the world for fuel, but it’s a must-have to get around, whether we’re driving a car or riding a motorcycle. It’s maybe not surprising that those in Scotland ride the most each month, what with Scotland being so hilly and scenic, but it’s interesting to see roughly how much people are spending on fuel and that they prefer their local petrol stations over those that can be found on the motorways – every little helps, after all.”