So this is a NEW set of patents from Honda for a new motorcycle that’s heading our way. There’s no mention of when we’ll see this bike, or exactly what capacity the motor it uses is – but here’s the drawings.

Now, we might be adding up a bit too much here. But there’s a reason for that. First up, take a look at the side-on view of the bike that the patent is based around – do you reckon that this could be the 650 we’re waiting for, a new version of the old Hornet only, this time, with familiar Honda Neo-Sports styling? 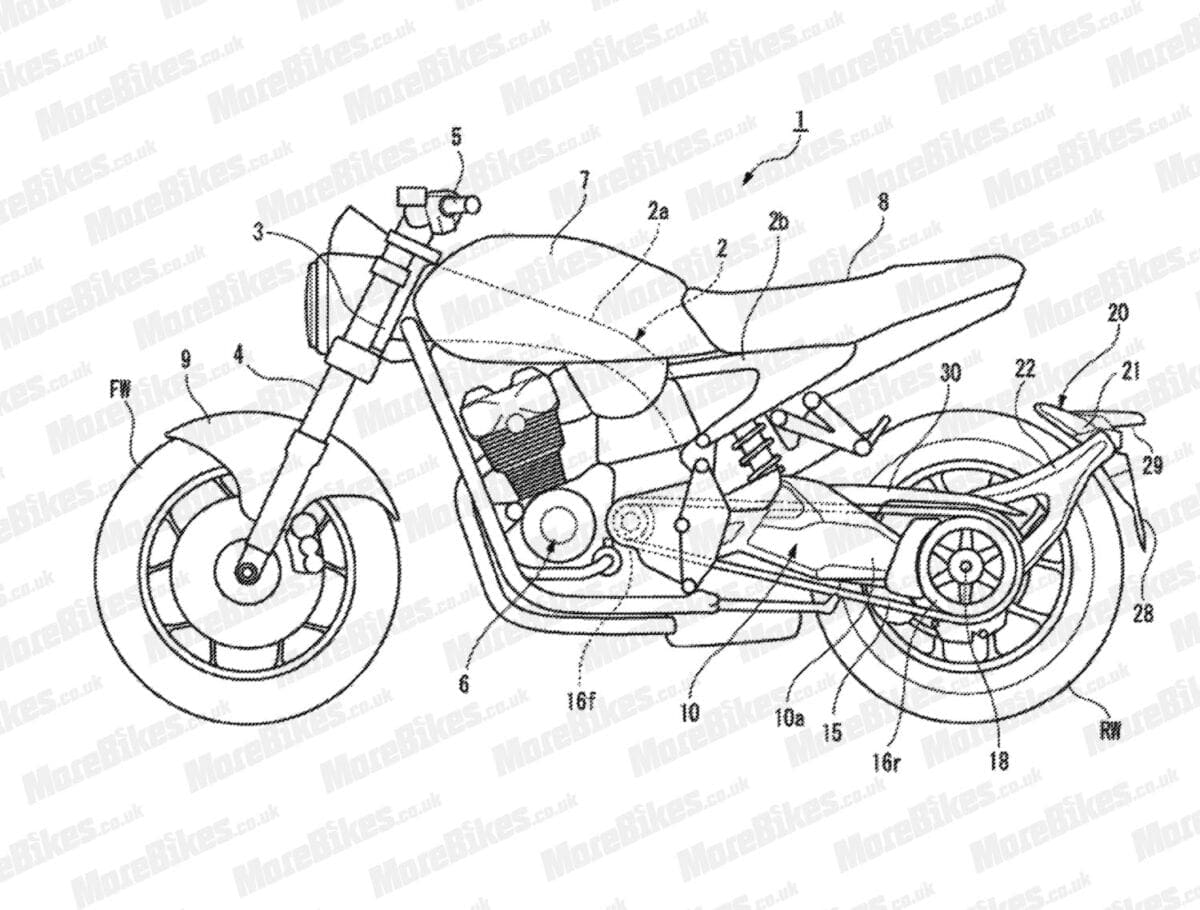 It makes sense if it is. Largely for two reasons, the first is that Honda boss Fabrice Recoque said the following back in August when asked if the Hornet middleweight was officially dead as a model in the firm’s future plans: “Absolutely not! Our roadster strategy will be established in two phases.

“Medium-term we will have a new bike which will be about 650cc and that will be presented in the coming months. I cannot say more about this.

“That bike will be followed by another new bike, this one will be more volume-oriented and we have already started work on it, but it’s not for now.”

So that’s the first reason why we think that this might (might) be the 650. The second reason for is that we’ve now seen the first of those 650s – the funky CB650 prototype that was unveiled at last week’s Paris Motor Show. That’s this bike here: 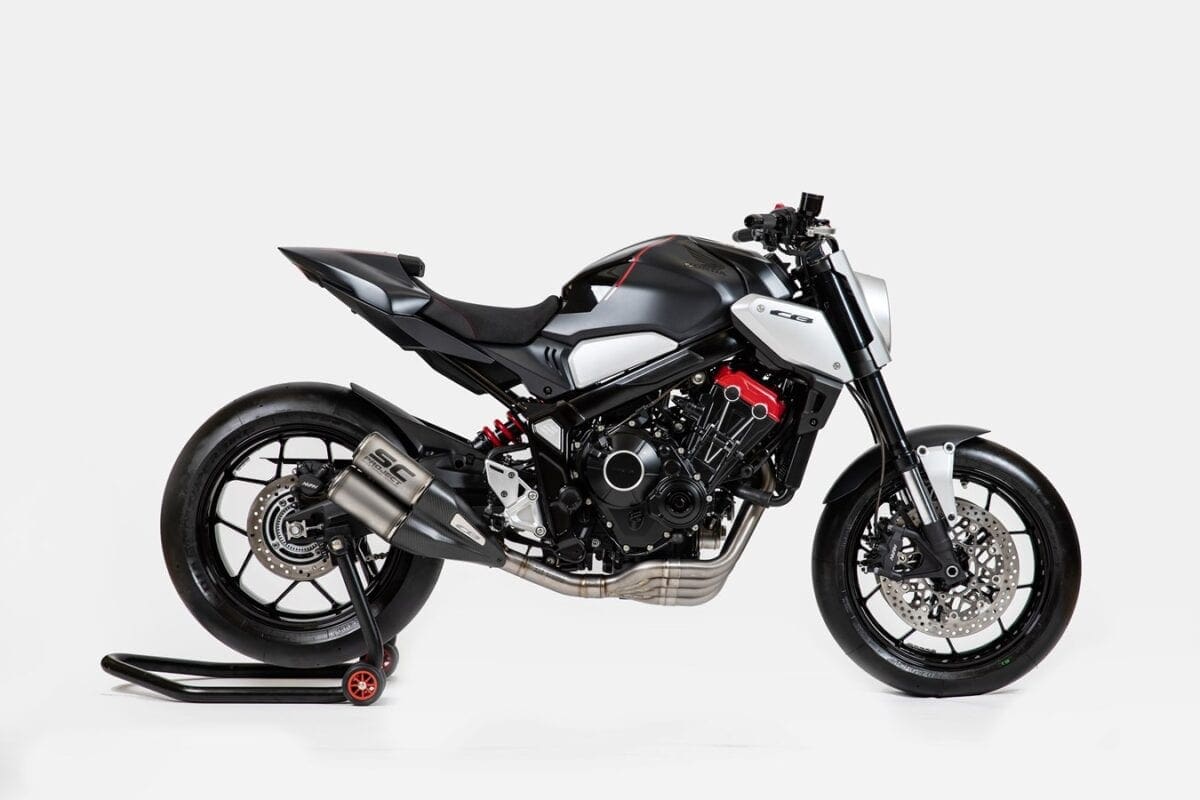 So we’ve been told by Honda directly that there’s going to be two 650s coming year, one won’t be mainstream and one will. The first part of what Recoque said has now come true, leaving the second part of the claim by the Frenchman to happen.

And yes, we’ve now seen the non-mainstream 650 at Paris, and today these plans have appeared for another Honda that looks pretty much like a 650 road going version of something a bit cool. 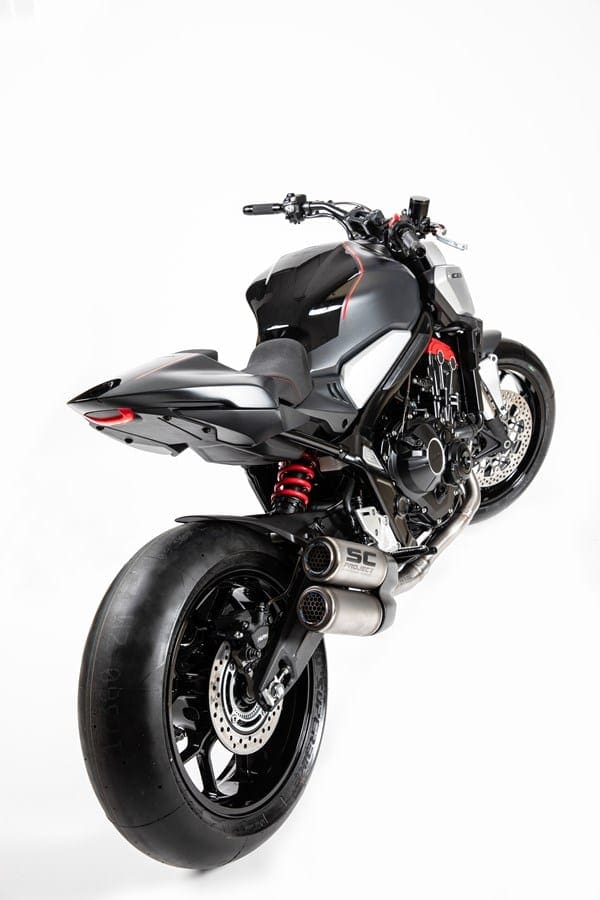 The patent includes designs for a single-sided swingarm which is something that the Paris 650 prototype (above) doesn’t have (but the current CB1000R does) we’ve put the patent drawings for the new 650 below and below those is a picture of the CB1000R so that you can compare the two. 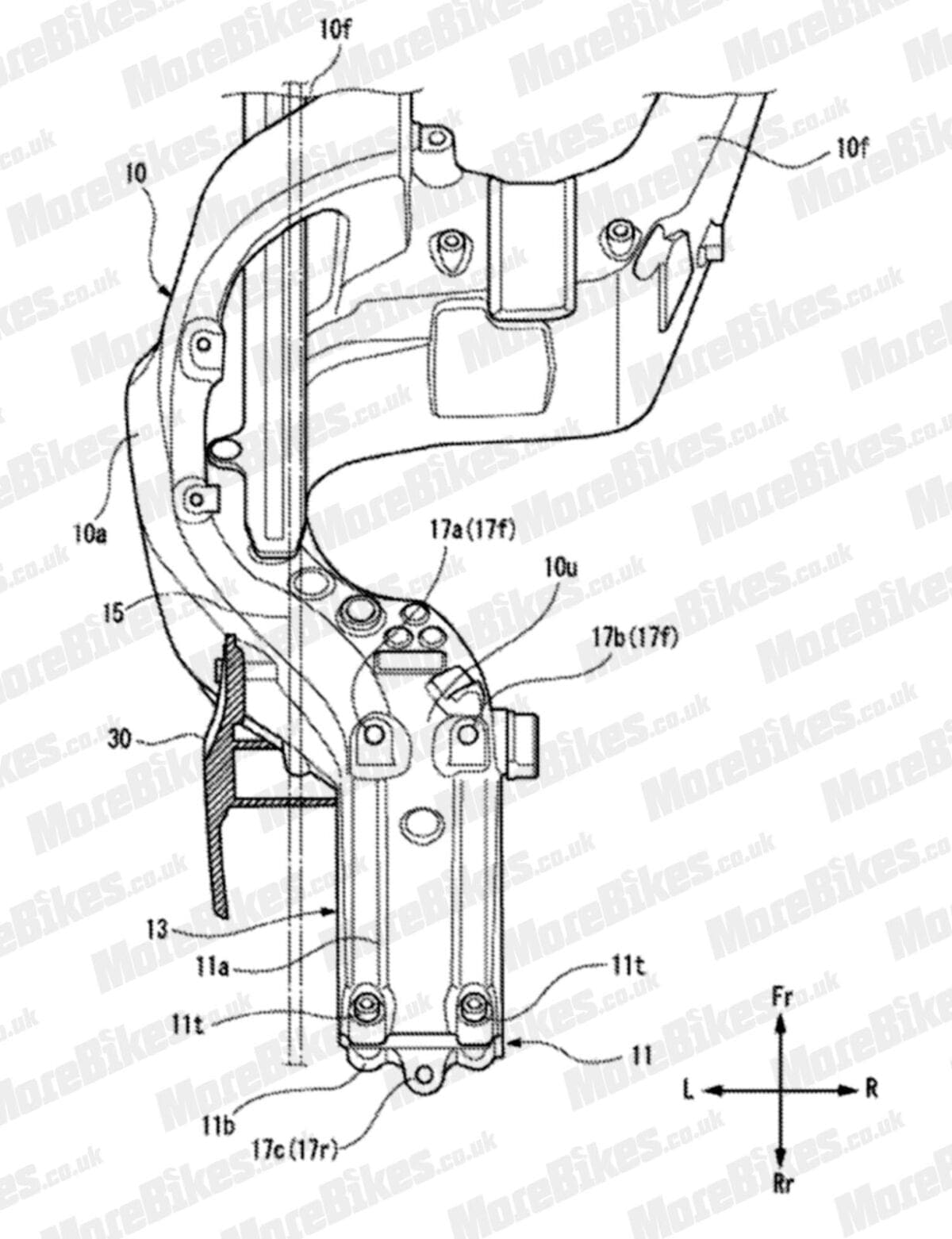 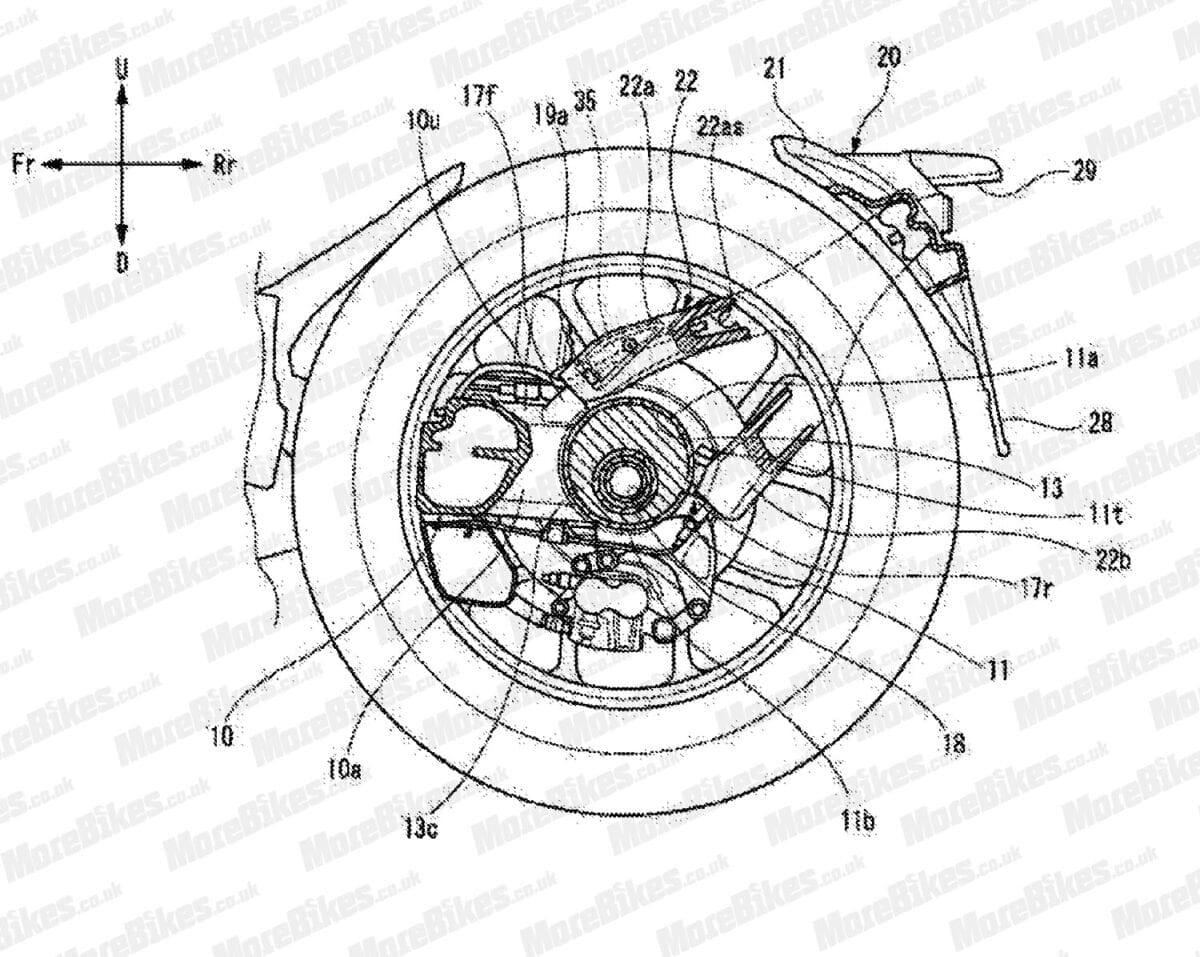 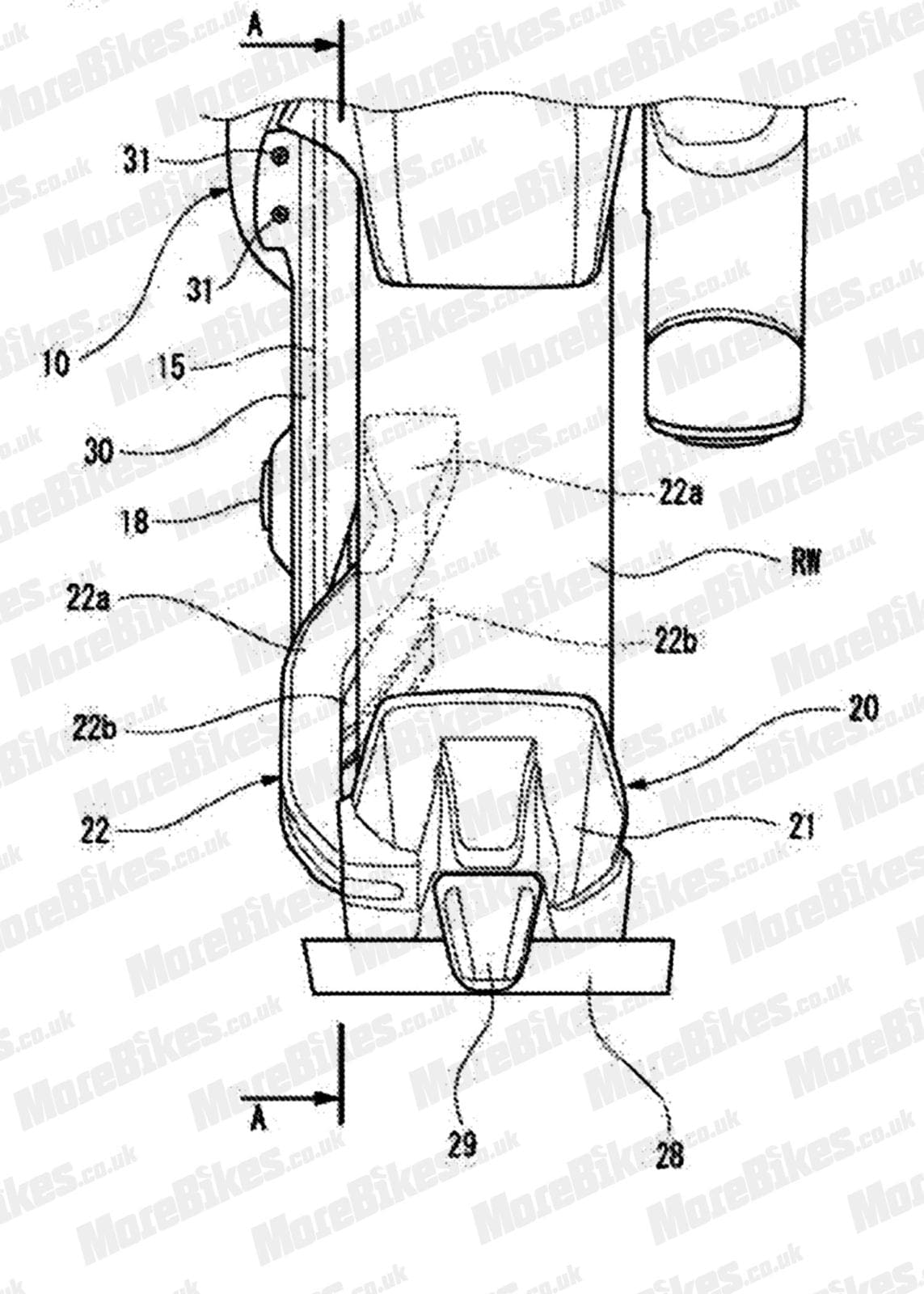 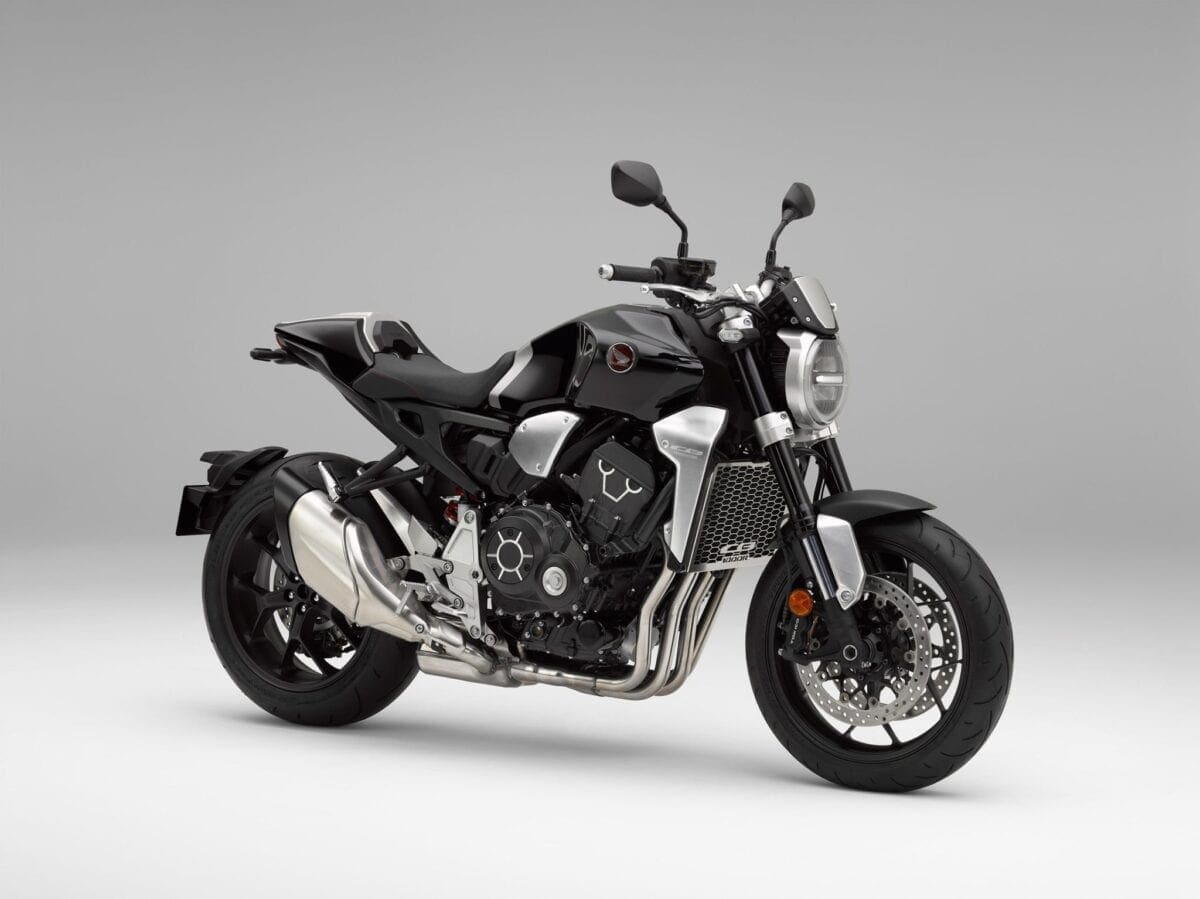 So there it is, two and two. Might make four, might make five. What do you reckon? Is this going to be what the new 650 (Hornet… kinda…) looks like when it arrives at some point this year, ready for a 2019/2020 model line up?