SPY SHOTS: Triumph’s 2019 Speed Twin caught out in FINISHED form ahead of launch next month 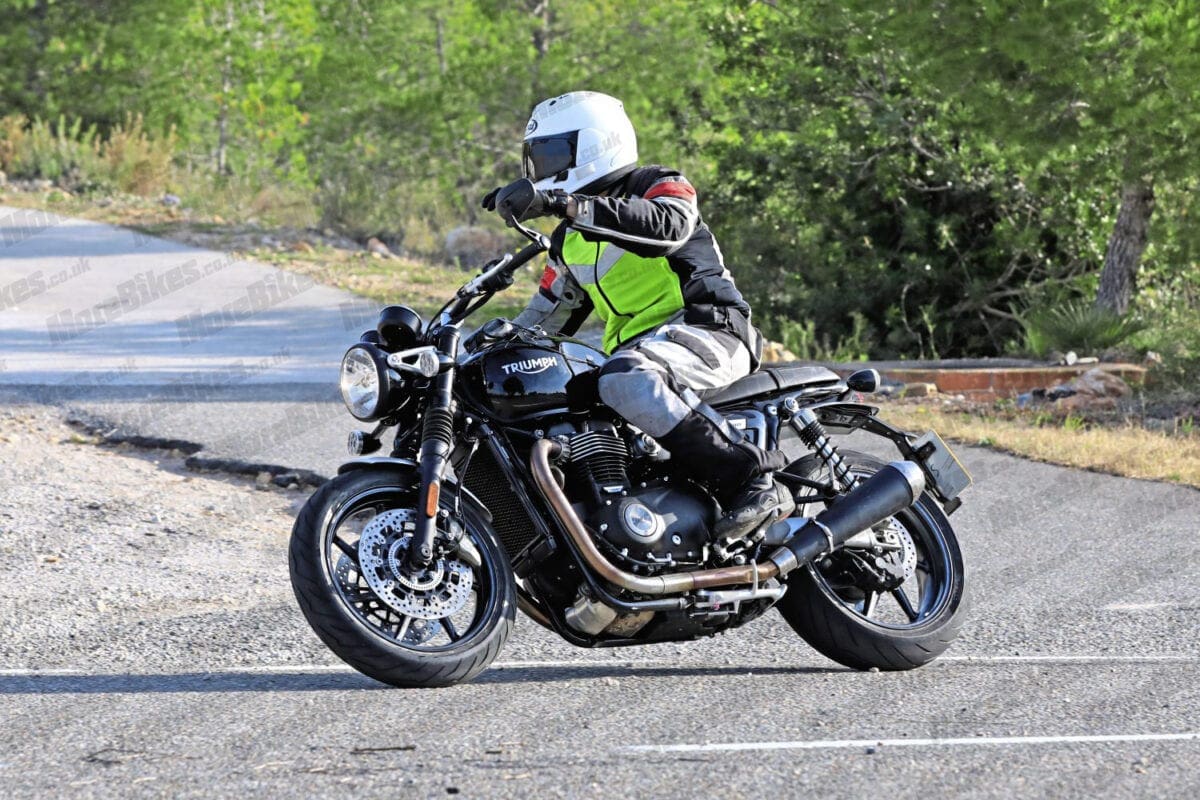 Due to be unveiled on December 4th, this is the 2019 Speed Twin from Triumph – think of it as a dressed-down Thruxton. Our spy shots today show the bike in finished form and follow our spy shots from INSIDE a closed-off dealer conference a couple of weeks ago where photos of the bike clamped to a small stage were leaked out. 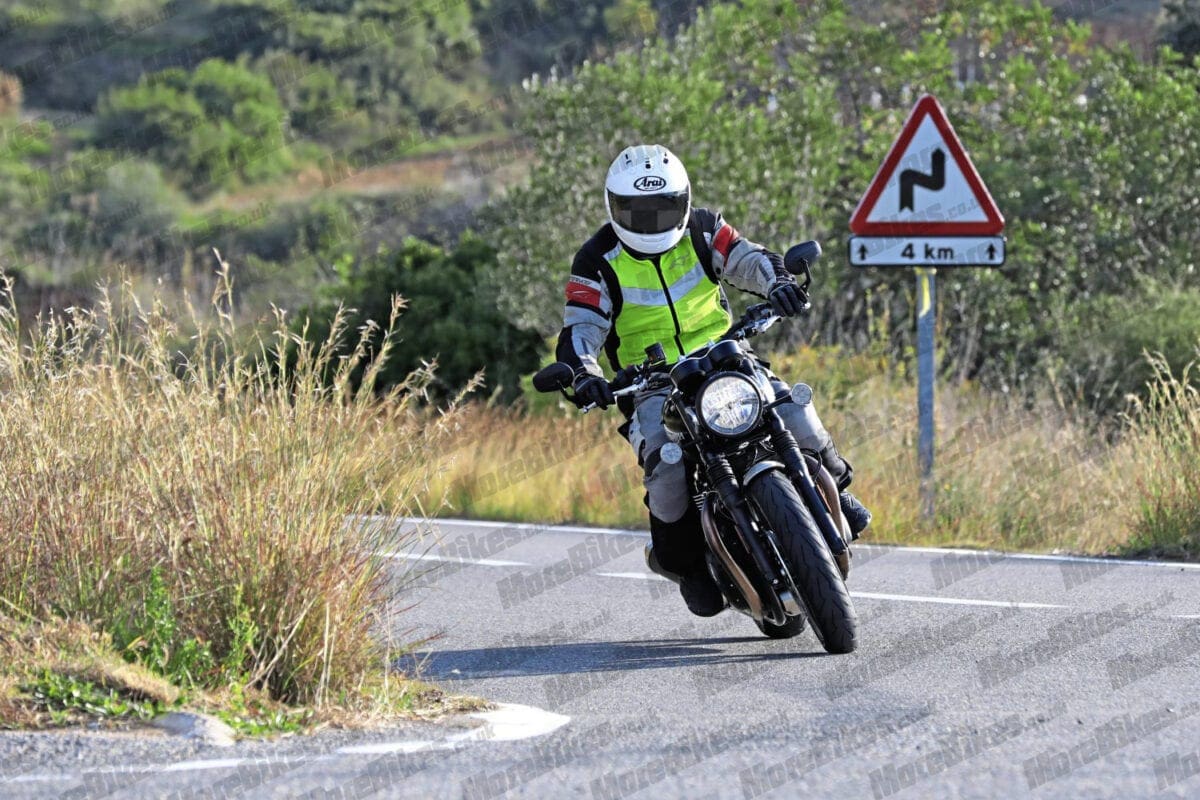 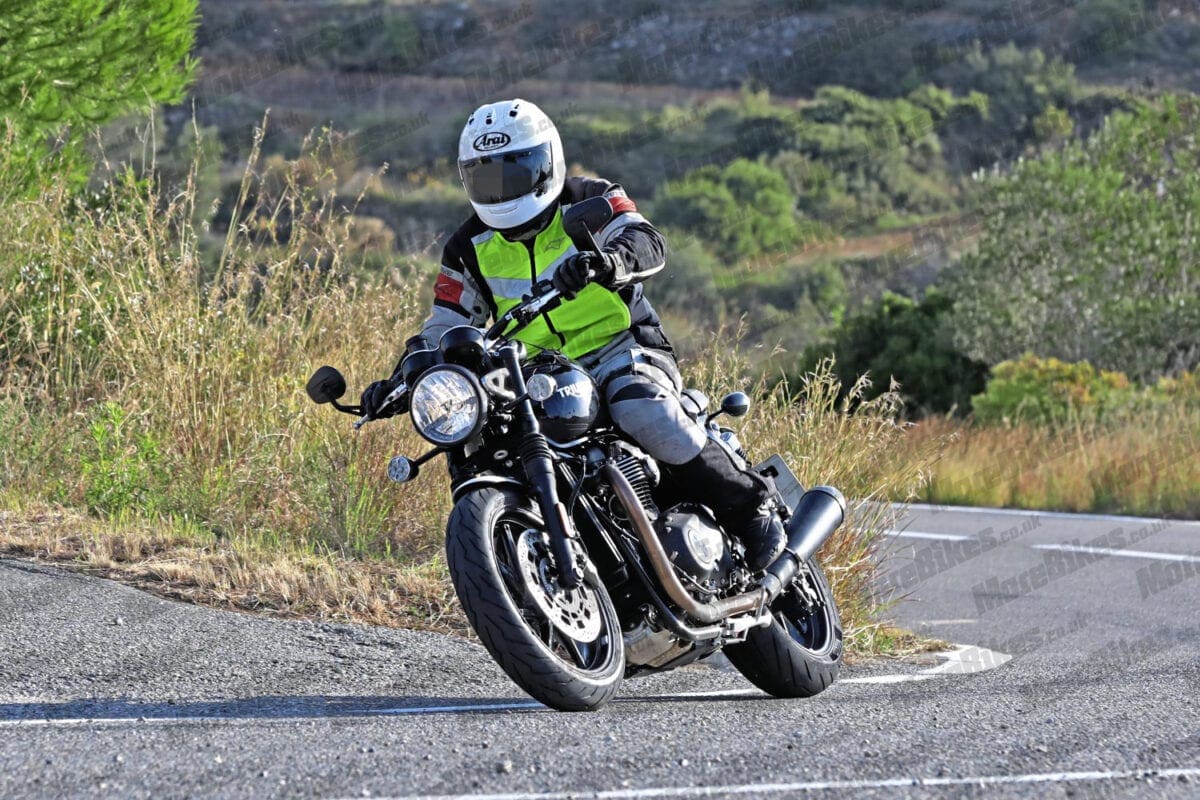 The bike is a 1200cc version of the firm’s Street Twin and will make around 90bhp with 110Nm of torque. No classically spoked wheels on the new bitsa-bike but it does get cast multi-spoke wheels, twin clocks on the dash and – looks-wise – the bike bears more than a passing resemblance to the Street Twin 900cc bike. 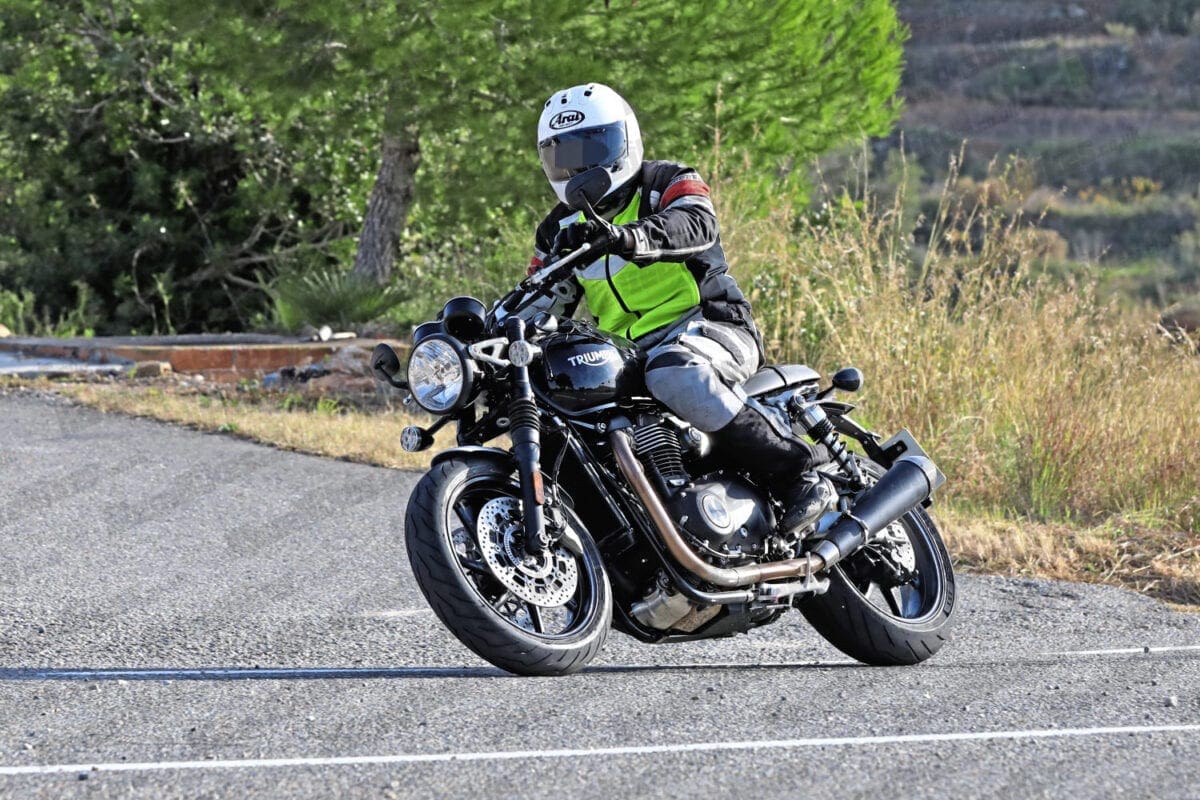 Sharing a lot of chassis parts with the Thruxton, the Speed Twin seems to be an attempt by the factory to offer up the 120 motor once again but this time based around a bit more everyman-retro than the more track oriented Thruxton model. The pre-production finished version photographed has a crude data screen taped to the top of the petrol tank – this will clearly not be a feature on the finished bike.

This bike will be officially launched by the factory on Dec 4th. Will you be in line to buy it? 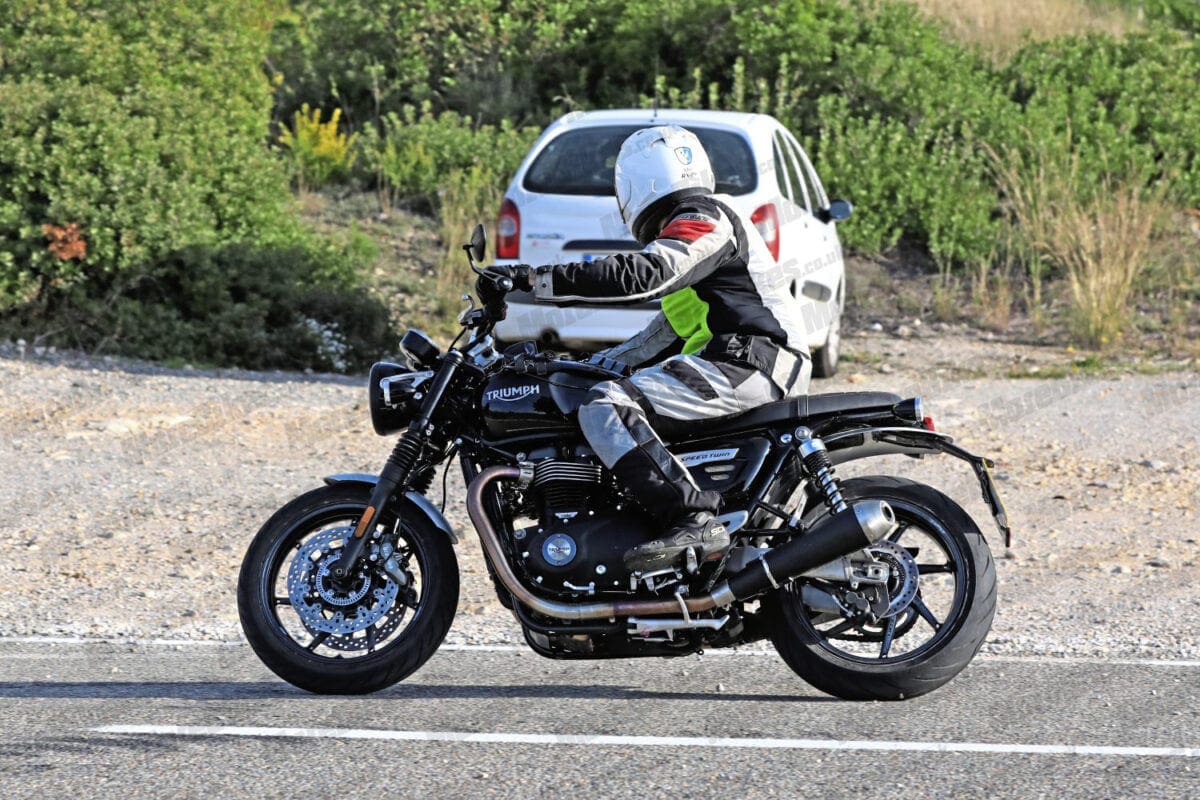 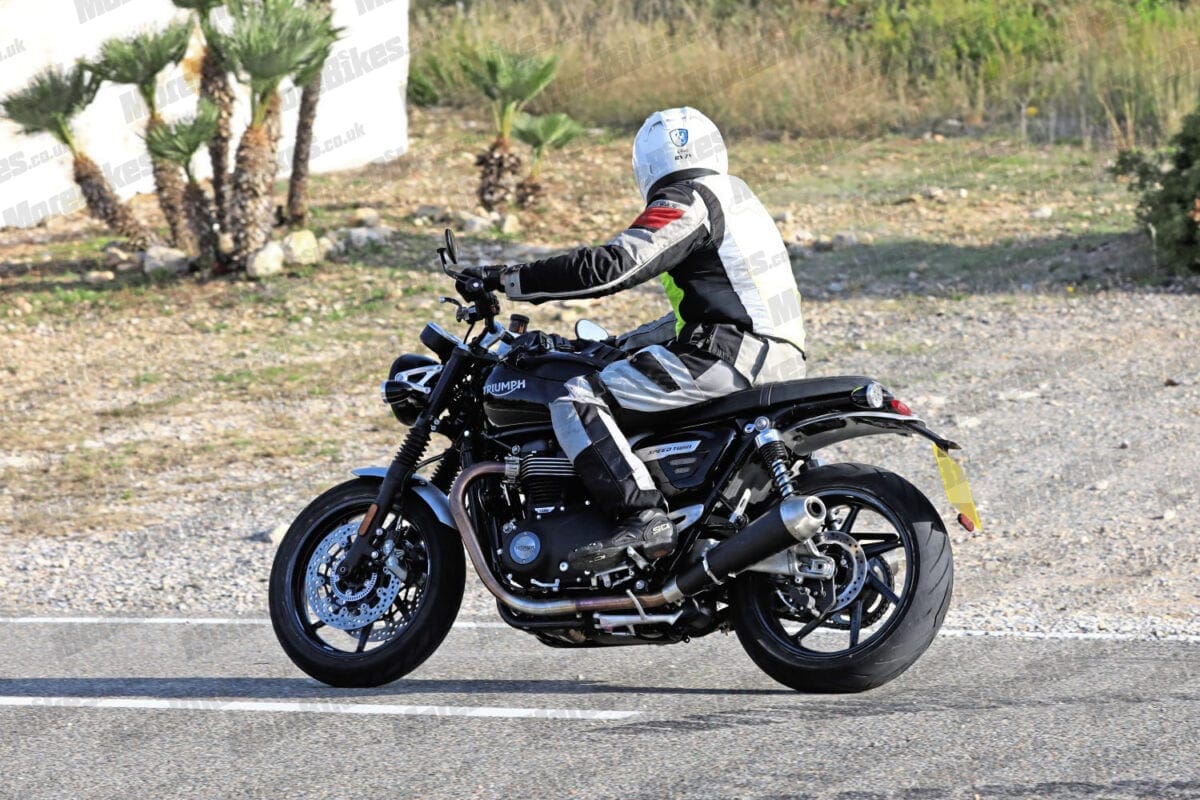 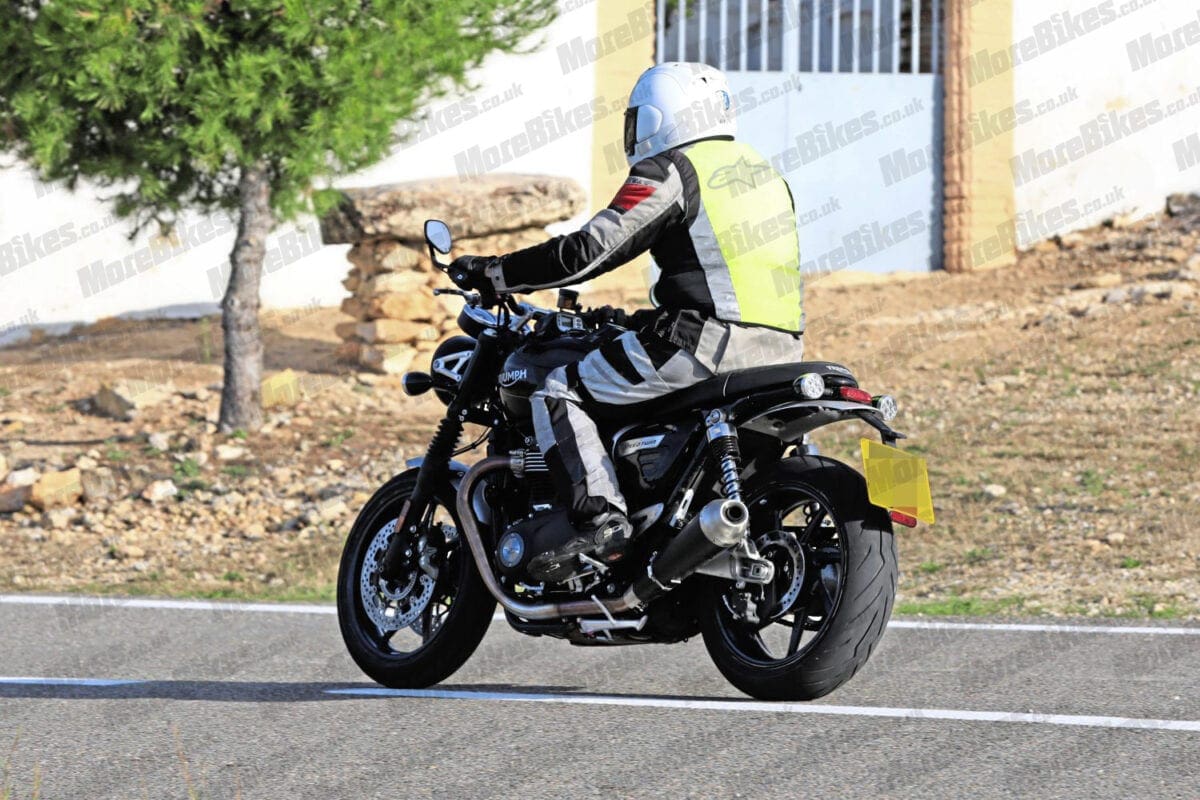 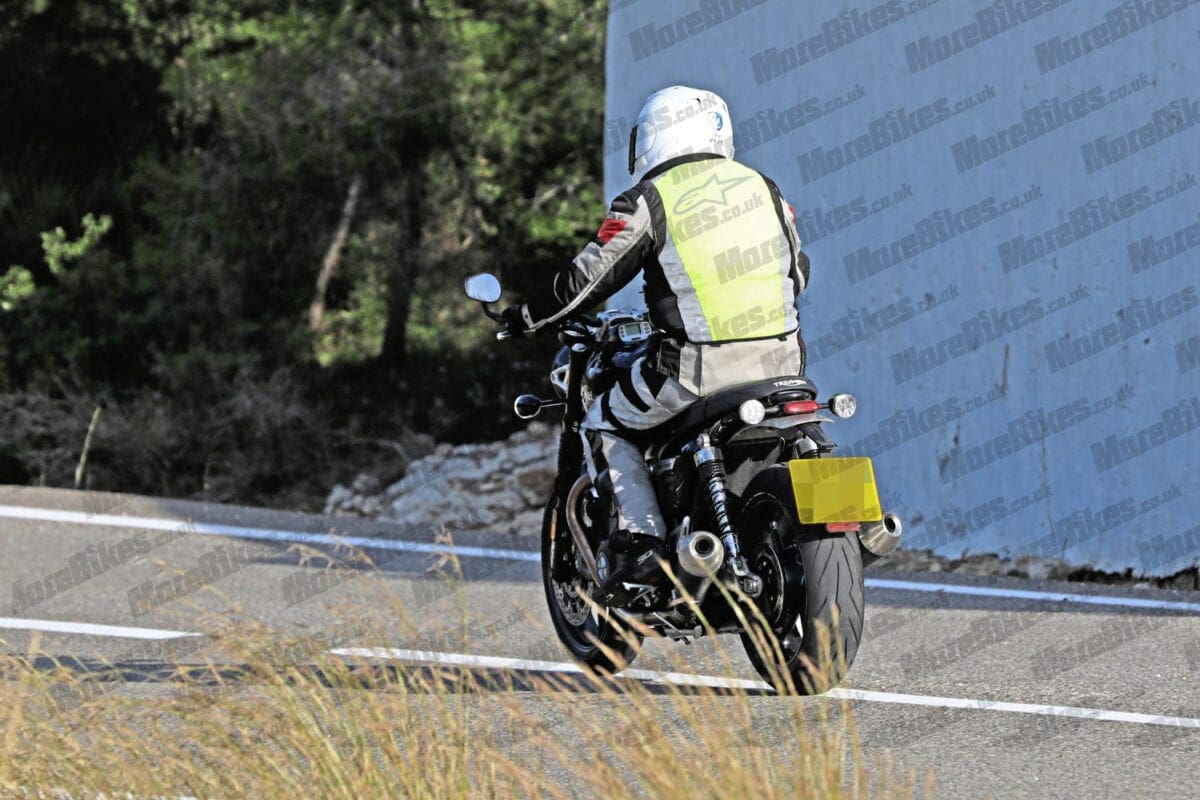