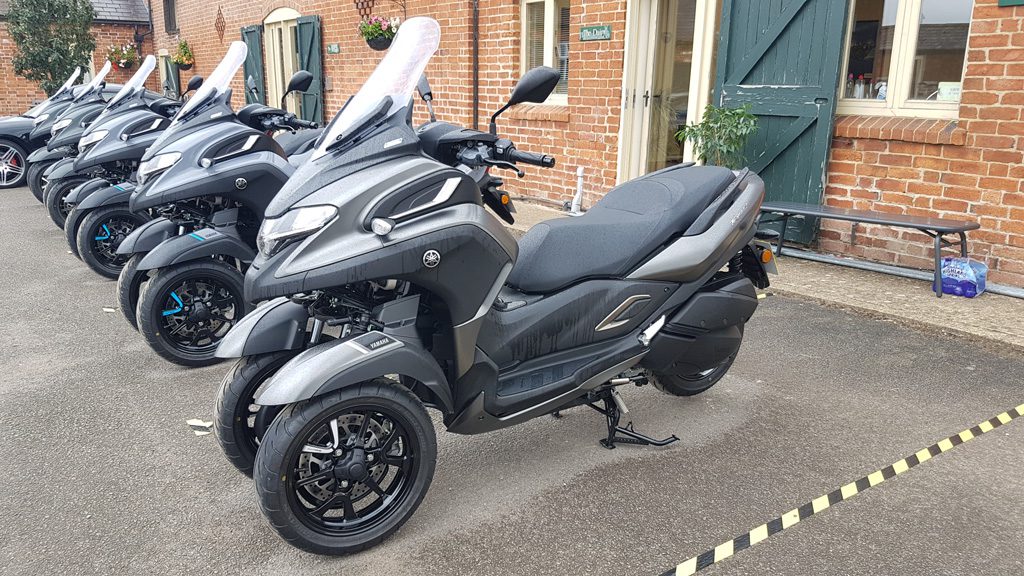 We’ve been out on the Yamaha Tricity 300, the latest three-wheeler; putting it through its paces on a mix of Leicestershire and Rutland’s finest roads.

We’ve seen the lot, from single track B-roads covered with gravel through to fast sweeping A-roads and a bit of dual carriageway for good measure.

We’ve just got back, and before heading home we thought we’d better share our first thoughts on the innovative machine.

It’s performed well, soaking up the lot with ease. It’s no rocket, but it’s more than capable of keeping up with the fastest of traffic – and there’s enough in the tank to nip past slower moving vehicles. It’ll sit at 60mph as easy as you like – but motorway speeds aren’t out of the question either.

The big talking point is its Leaning Multi Wheel technology. I won’t go too in depth right now, but let me just say it’s an impressive bit of kit. Those two wheels and the front offer pretty remarkable levels of grip – allowing you to push harder than you have any right to on what’s essentially a scooter. 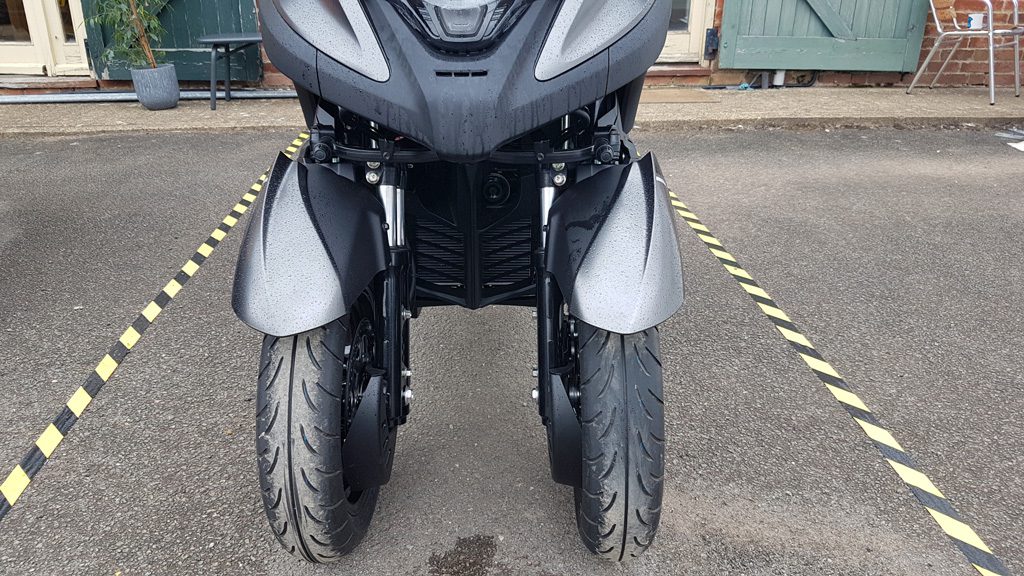 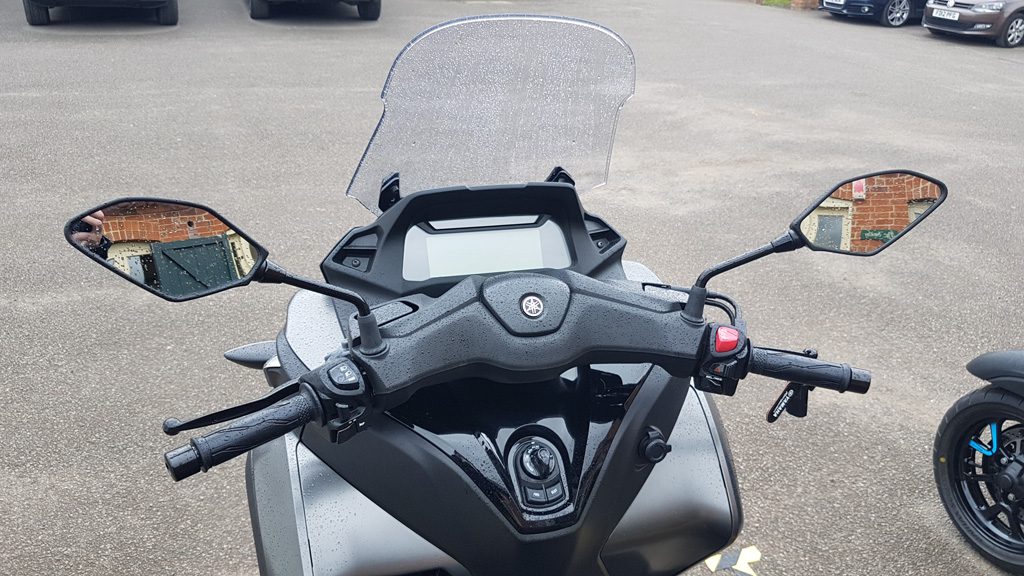 Speaking of which, there are a number of similarities between the Tricity 300 and the XMAX 300. It’s built around pretty much the same frame, which has only been adjusted at the headstock to take the two-wheels up front.

There’s some clever technology and top features to make it well worth the money.

The suspension’s capable, firm enough to allow you to press on – but soft enough to soak up the lumps and bumps of the sketchy roads we’ve been riding. 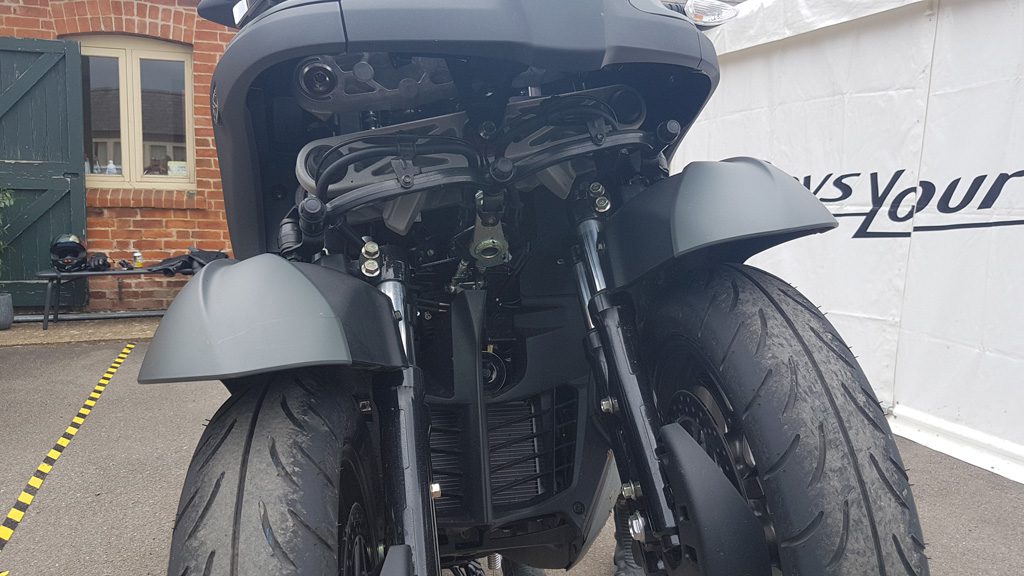 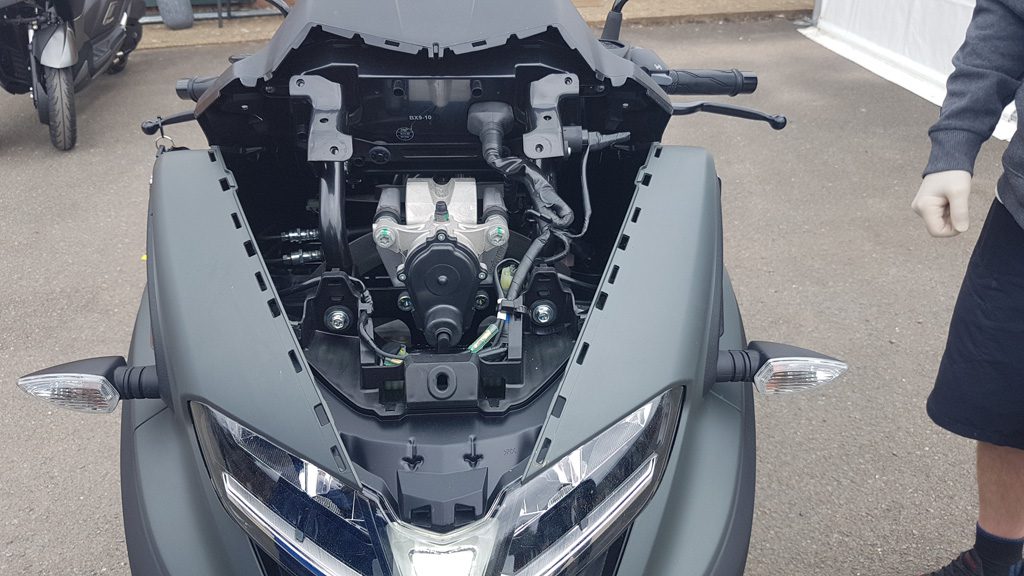 There’s also its standing assist to talk about. It’s essentially a disc and brake caliper which is connected to the lean system at the front end. It means you can lock it in place when you come to a standstill, and not worry about it falling over.

It’ll set you back close to £7,500, so it’s no budget machine – but there’s some clever technology and top features to make it well worth the money. And arguably best of all, it can be ridden with a B car licence – which opens the Tricity 300 up to a massive number of potential customers. It’d make an excellent year-round commuter, there’s no doubt about that – but you’d also be surprised at how much fun you can have scratching around on back roads. It surprised me, so I reckon it might surprise you too…