CONFIRMED: CFMOTO’s 700CL-X range will be coming to the UK next year

We’ve had confirmation from the UK distributor that the full range of modern retro machines will be making it to the UK in 2021. 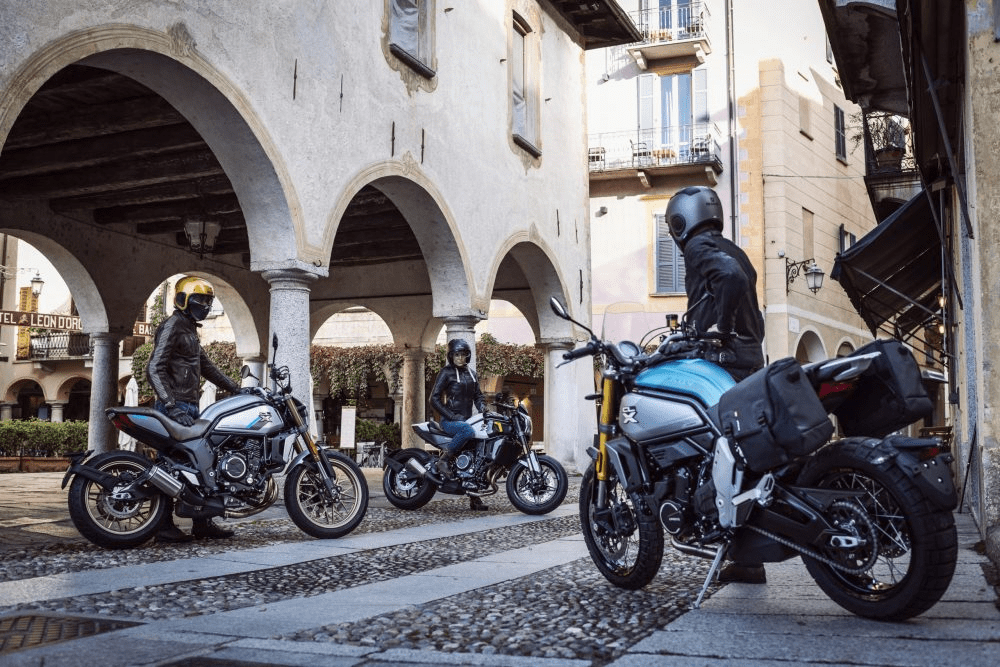 The CFMoto 700CL-X is the latest machine to be released by the ever growing Chinese factory. First revealed at EICMA last year, the Heritage, Adventure and Sport variants will be powered by the same newly developed 692cc inline twin-cylinder water-cooled engine, which kicks out a healthy 73bhp of power and 67Nm of torque.

The Heritage is going to come first, probably around February. It gets a wide tan leather seat, alloy wheels clad with road-biased rubber, a dual-tone paint job, a set of wide handlebars and mid-set footpegs.

The Adventure and Sport will follow closely behind. The Adventure comes with raised bars, spoked wheels clad with knobbly tyres and a windscreen, while the Sport gets a single-tone paint scheme, lower-set clip-ons, track-focused Pirelli Diablo Rosso Super Corsa tyres and a split seat.

Well received when they were launched at the big bike show last year, it’ll be great to see the new bikes fresh off the production line. CFMOTO’s made leaps and bounds over the last few years, and the 700CL-X looks like another capable bit of kit from the Chinese factory. Still no news on cost at this stage, but there’s no doubt they’ll be very competitively priced. We’ll bring you more information as soon as we get it.