We’ve been telling you that the first of Harley-Davidson’s new small capacity machines was coming. And we’ve finally got a photo of the bike in finished form, courtesy of our pals in India. 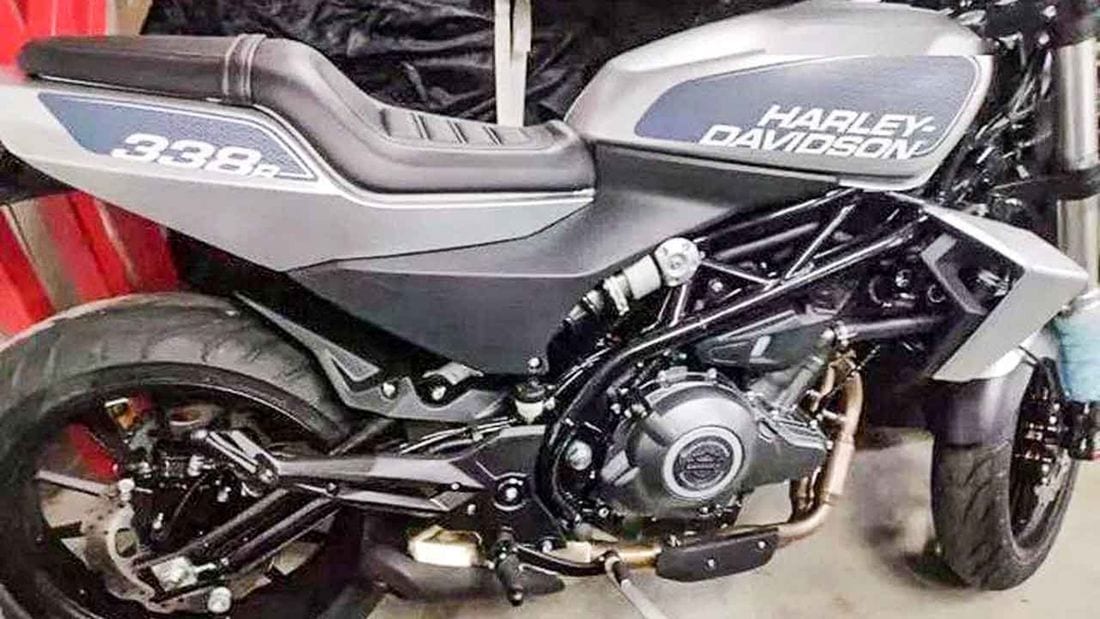 The entry level Harley 388R has been created primarily with emerging markets in mind. Developed and created in partnership with Chinese automotive giant Qianjiang (who also look after the Benelli brand) – there’s still a good chance we won’t see the bike in Europe.

In the first instance it’s going to be launched in its place of origin; China. In fact, it should have been going on sale back in June, before the coronavirus crisis caused delays. But now it looks as tought we’re finally getting closer to a launch date, as we’ve finally got our hands on a snap of the finished bike.

There are no big surprises. It’s based on an existing Qianjiang machine (which will also become a Benelli) – so the styling’s the only thing that’s different. Either way, we think it looks pretty sharp. We’re quietly hoping there’s an orange and black version in the works – like the one detailed in the concept drawings.

Harley-Davidson’s HD350 is coming. And THIS is the bike it’s based on.