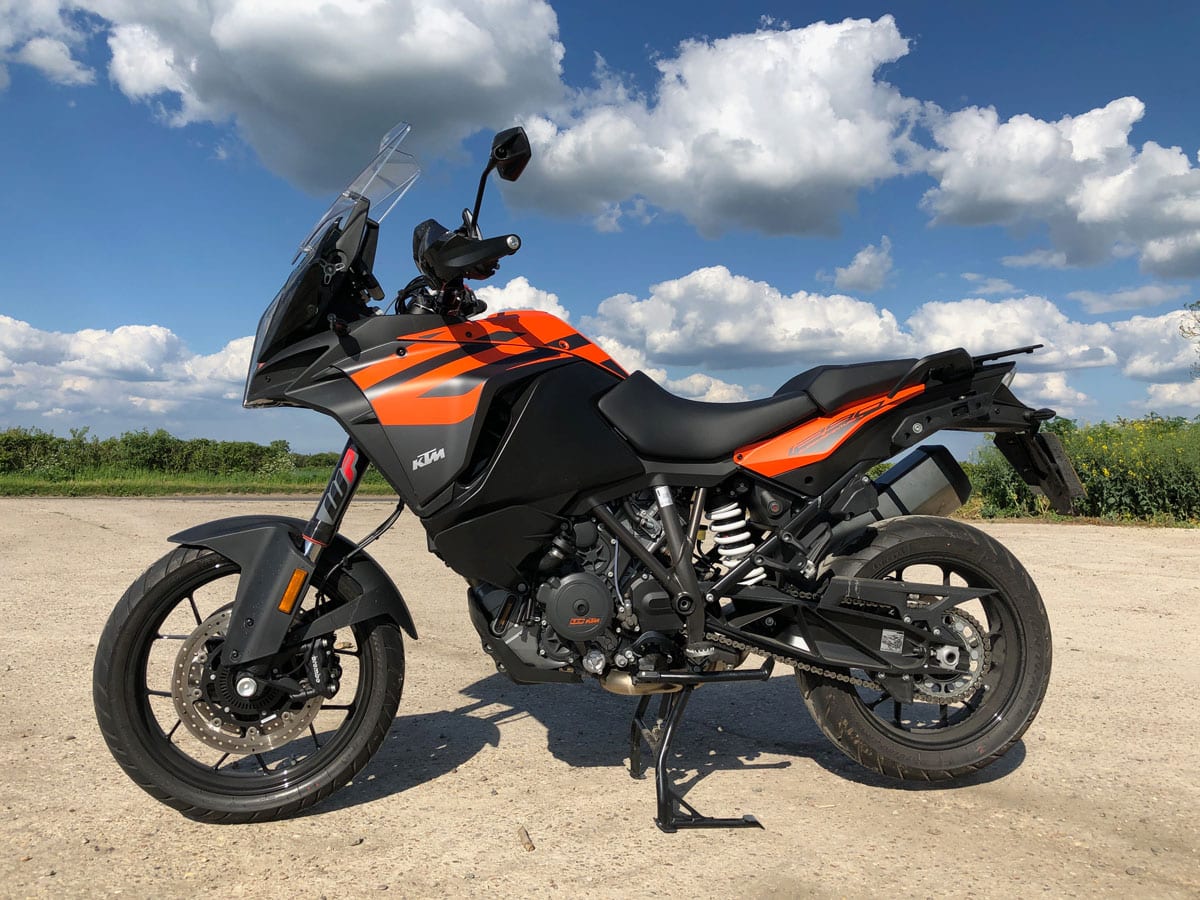 Does anyone else rush to get the first service out of the way?

I remember reading about a guy who picked up his new motorcycle on a Friday, rode it all day and some of the night then took it back to the same dealer on Saturday morning for the first service.

I wish I had the same commitment but there’s been a little less ‘rush’, partly after my slide last month I’m still not loving the Pirellis but mainly due to KTM recommending not taking the engine speed above 6500rpm for the first 620 miles.

The electronics know the bike is still in the running-in period and the rev counter flashes bright red if you exceed the recommendation, but with a majority of the torque available from 3500rpm there’s still plenty of power to be used.

This relaxed pace definitely contributed to the fuel consumption of 53mpg, pretty decent for a big 1300cc engine and at those figures the 23 litre/5 gallon tank would give a range of over 260 miles. It will be interesting to see how much this changes once the limit has been lifted. 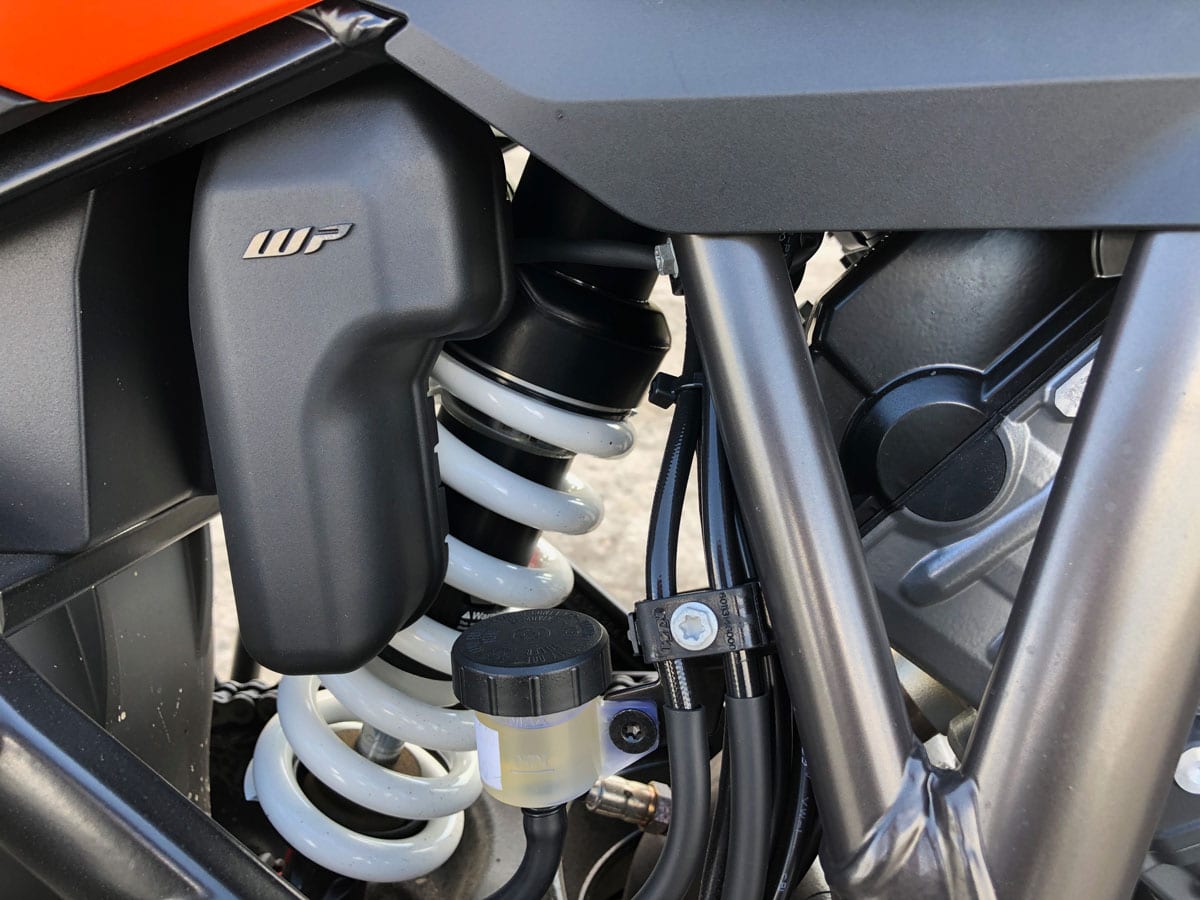 The early morning two-hour ride down the M1 to KTM’s UK headquarters and workshop at Silverstone was the usual motorway monotony. It was still chilly so I was glad of the optional heated grips, I only wish there was a dedicated switch, instead you have to scroll through the menus to turn the grips on and adjust between the three levels.

The KTM workshop is a stone’s throw from Silverstone Circuit, so after leaving the 1290 in the capable hands of the mechanics I wandered over, unfortunately there was a private event taking place and no activity on the circuit so instead I made do with a breakfast roll and coffee in the café, by the time I had walked back the guys had almost finished with the bike and were just doing a quick road test.

The first service basically involves an oil change, checking nuts, bolts, and chain for tightness and a diagnostic check, all was good and with the keys back I was ready for the ride home.

I had already decided to give the M1 a miss, instead I skirted around Northampton headed towards Kettering and then through Rutland on a mix of fast A roads and twisty B roads. I still had the WP semi-active suspension set to Comfort, which is just fine for bimbling along, however switching the damping to the Street setting really sharpens the handling and makes for some great spirited riding.

Being semi-active the damping continuously adjusts to the road conditions using data from various sensors; it’s all very clever stuff and works brilliantly with a noticeable difference to each setting. Personally I spend most time either in the Comfort or Street settings, I find the Sport option a little too firm on all but the smoothest of tarmac, which seems increasingly hard to find on British roads. The rear preload can also be adjusted electronically for rider, pillion and luggage combinations. 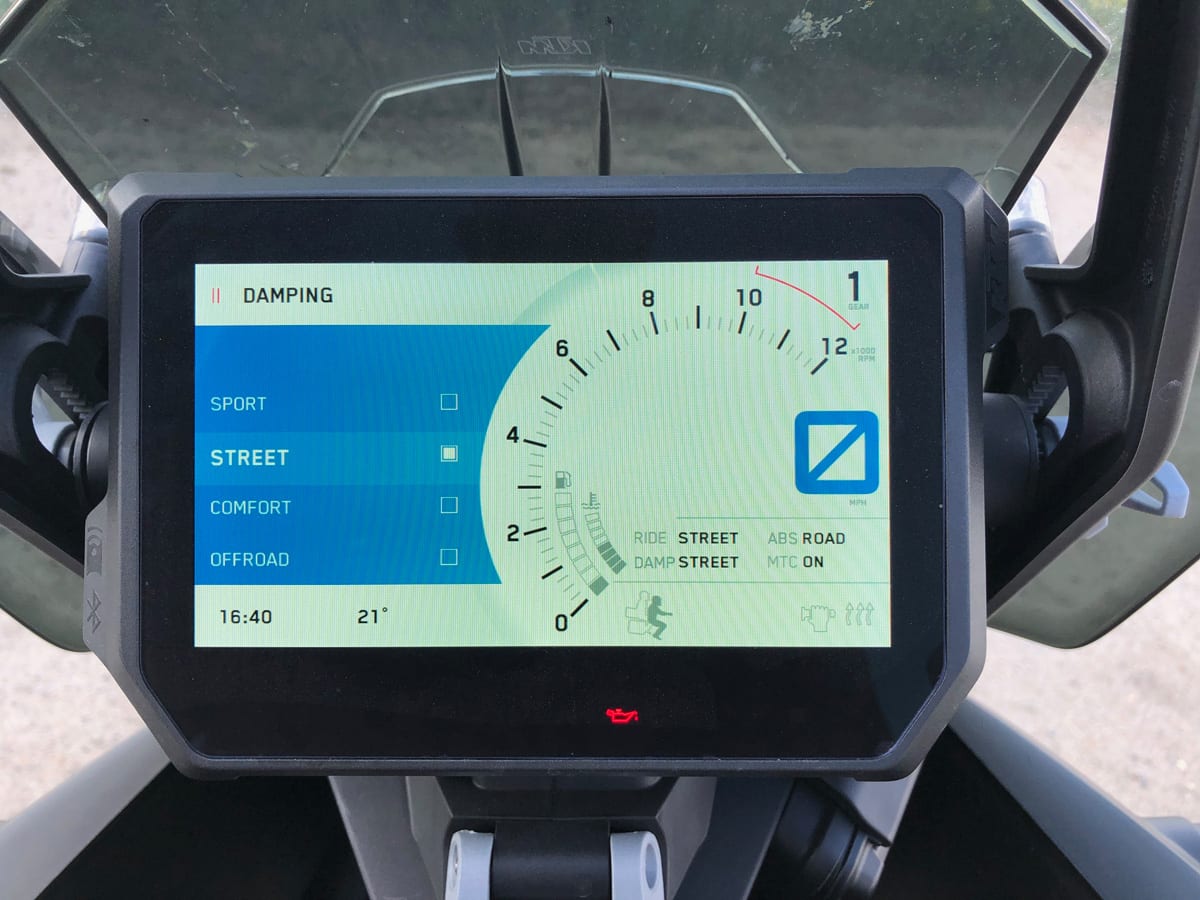 Accessories on the way

I’ll be heading back down to KTM again next month to have some goodies fitted, and with a set of panniers I’m looking forward to tackling some longer distance multi-day rides. 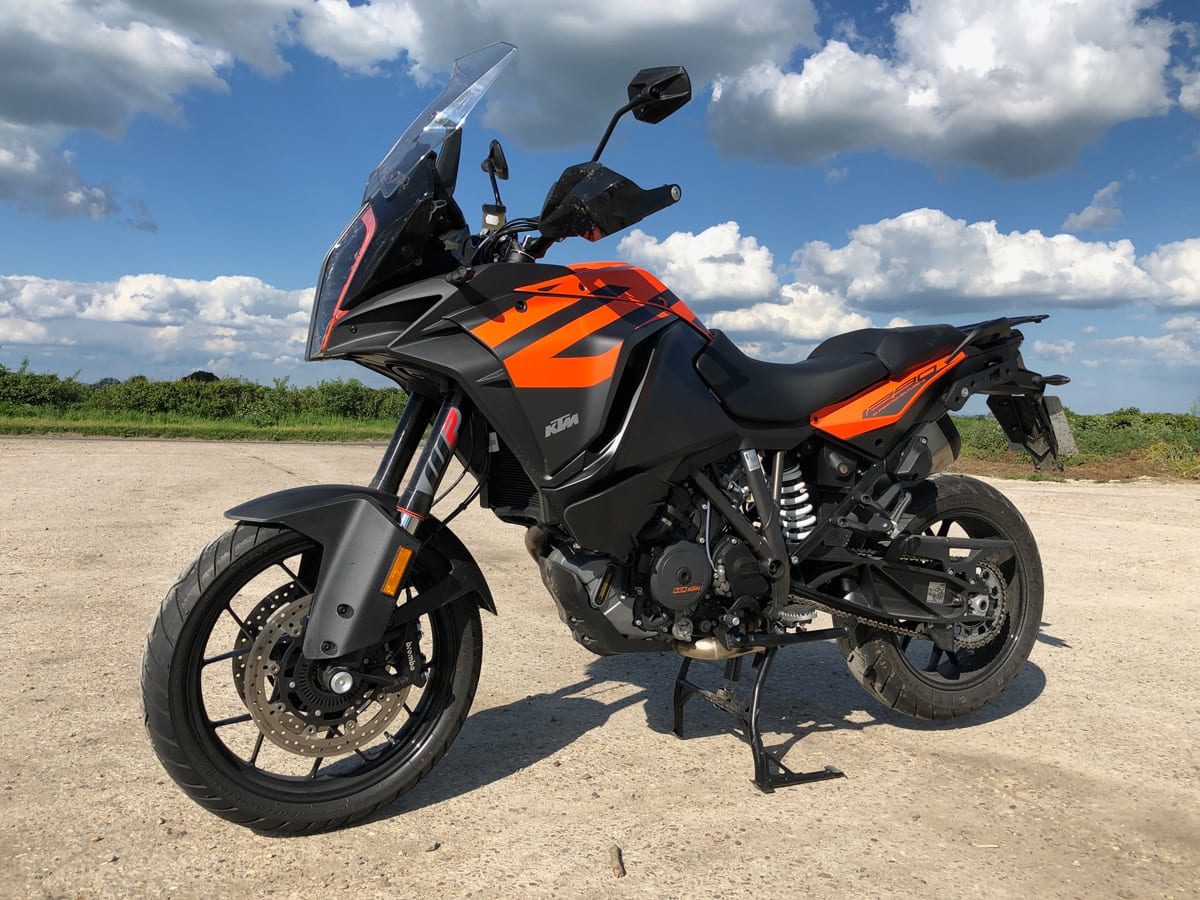