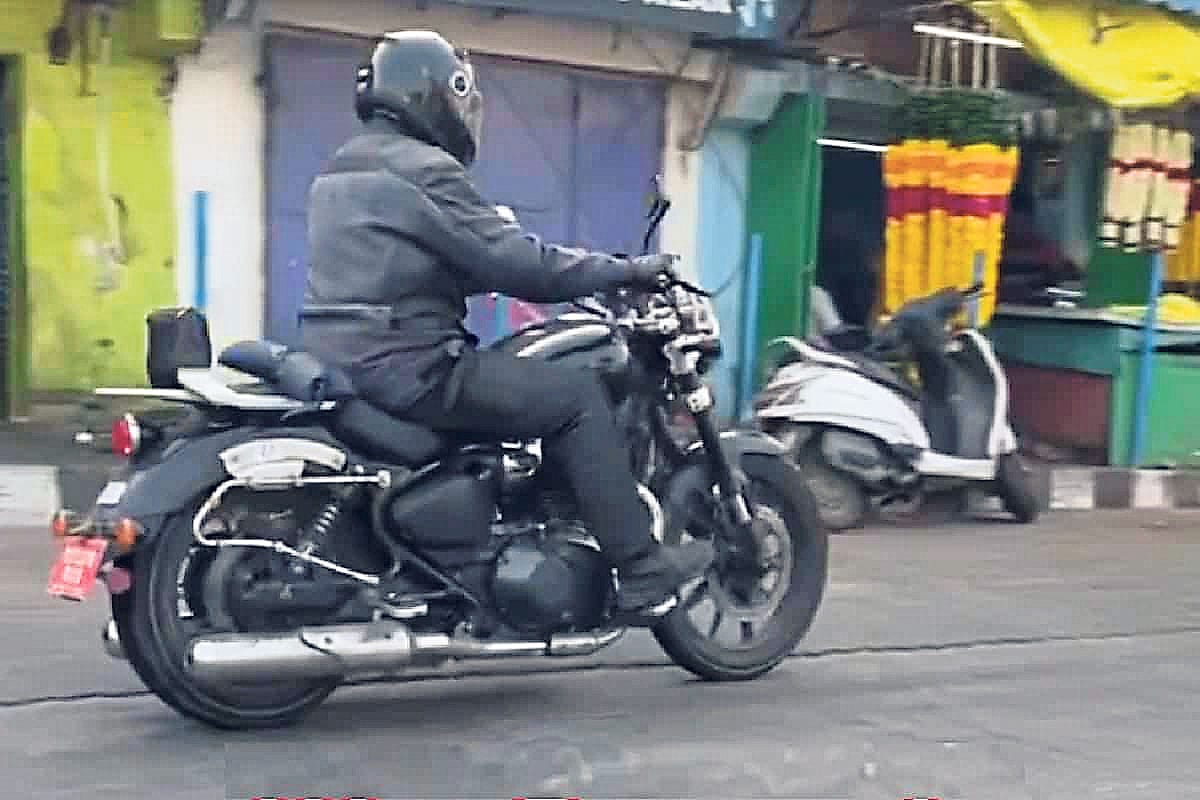 The Indian factory has filed a new trademark for the Shotgun name – and reports suggest that it’s most likely to be the name for its frequently spotted 650cc cruiser that we’ve been talking about for months.

Royal Enfield has gone from strength to strength in the last few years. It’s 650 twin-powered Continental GT and Interceptor have been snapped up by budget-concious riders looking an easy-going retro machine that’s got more than a hint of classic Triumph about it.

Last June the Interceptor even knocked BMW’s best-selling R1250GS of its spot at the top of the UK sales charts, so it’s clear that there’s a lot of love out there for the two Indian-built bikes.

That’s why Royal Enfield is looking to extend its range and make use of the tried and tested 650cc twin-cylinder motor, with a new A2-compliant cruiser. We’ve seen it out testing for what feels like forever, but up until now we’ve not been able to find out a huge amount of information about it.

There’s clearly a lot going on behind the scenes at Enfield. The company has registered multiple new names recently, including the Flying Flea, Roadster, Hunter and Sherpa – but a new name has just been registered with the Indian patent office: Shotgun.

Reports (and a bit of good old-fashioned logic) suggest that we’ve finally got a name for the hotly anticipated 650cc cruiser. But it’s still difficult to be sure. Word on the street is that Royal Enfield is currently working on two 650cc cruisers. One has been spotted out testing time and time again, but the other only reared its head fairly recently. So which one’s which…? Well, the Shotgun is expected to be the ‘proper’ cruiser of the pair, featuring wider handlebars, forward set footpegs, a low seat height and more traditional looks, while the other is expected to be slightly more contemporary in its styling.

While we still don’t know all the details, one thing is for sure, we’re going to get at least one (if not two) cruisers powered by the same 650cc twin-cylinder thumping motor that drives the massively popular Interceptor 650 and the Continental GT 650.

That works for us. We can’t wait to ride it when it finally arrives in the UK.